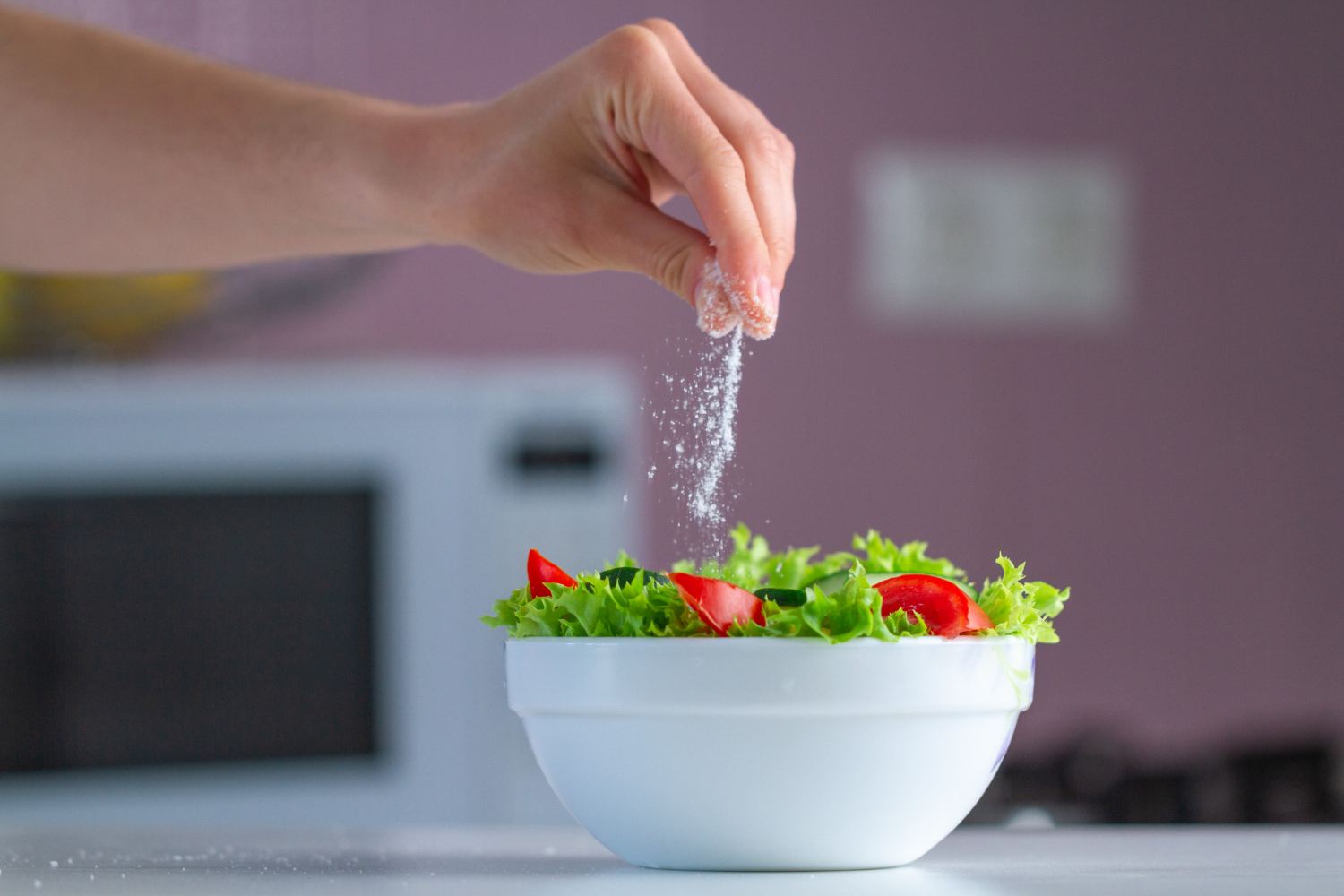 Salt is more than simply seasoning, the only rock we eat. It can heighten flavors, balance other flavors, juicy meat, and conserve food for months or even years.

Rubbing salt on your choice of meat or vegetables will dissolve your salt. The food’s natural moisture content will then be mixed with the salt, creating a concentrated saline solution. This draws out additional water from inside the food to the surface.

Image what happens when salt sprinkles on sliced cucumbers. The salt will immediately dissolve, filling your bowl in a pool of cucumber juice within a few minutes.

The water content of the food’s cells wall seeps into higher pigment and protein concentrations. This action causes the natural waters from the food to release away from the inner cell—leading to water removal from plants concerning osmosis.

Osmotic forces control the salt content of every living creature. Water travels through osmosis through the surface or membrane of an organism to the saltier surroundings. Vegetables like carrots and celery are crisp, primarily due to the water in them.

If a carrot is placed in highly saline water, the water surrounding it will become less salty. That causes the water in the carrot to migrate into the saltwater from the carrot. The outcome is that the carrot is limp and tastes salty.

What Happens When Salt Is Added to Vegetables Early in The Cooking Process?

Many culinary experts recommend seasoning meals with salt early in the cooking process, not only at the end.

Why Does Salt Bring Out Moisture?

Salt is one of man’s longest-served chemical substances for its capacity to preserve food, turning it into a valuable commodity. In reality, salt preservation of foods is one of the pillars of our civilization since people were released from seasonal food dependence and could preserve food stocks in summer.

Adding salt to meals stimulates an osmosis process that enables water to flow from a low salt to a higher salt environment. Salt, therefore, removes water from food, which inhibits the growth of bacteria. These microorganisms that decompose food and produce poisons impair our health do not survive under high osmotic pressure.

That is why high water content proteins and vegetables lose their moisture after soaking in a high saline solution.

If you add salt to meat, it will definitely draw out excess moisture. This method is crucial to create meat products such as cured, dried, and canned meat.

The outside of the meat is hypertonic and contains a more significant salt concentration outside than inside the flesh’s cells. Thus, water tends to flow from the lower solvent (meat cells) to the greater solute concentration (outside the meat).

If you add salt to vegetables, the exact osmosis mechanism is applied as the vegetable cells have lower salt concentrations than the exterior cells. Thus, the water draws out the vegetable and soaks the vegetable so that it no longer has its characteristic crunch.

Should You Add Salt When Boiling Vegetables?

It’s genuinely straightforward to boil vegetables. But if you do not do it suitably, you can end up with tired, watery veggies rather than brilliant and delicious. The idea is to cook every vegetable properly. Throughout the boiling process, you lose the slightest taste, color, and nutrient value possible.

There are things to consider in achieving the best-boiled vegetables possible. Take note that the purpose is to boil the vegetables as quickly as possible. The shorter time they spend in the water, the lower their nutrition and flavor.

When you boil veggies, a little salt goes a long way. It works for two purposes:

Before adding salt, bring water to a boil. The water will boil for a second a little more, but it ensures that the salt is immediately dissolved if you add it to the bottom before cooking. The salt can react and discolor it depending on what your pot is made of.

Roasting Vs. Baking Vs. Broiling: Which Method Should I Use...