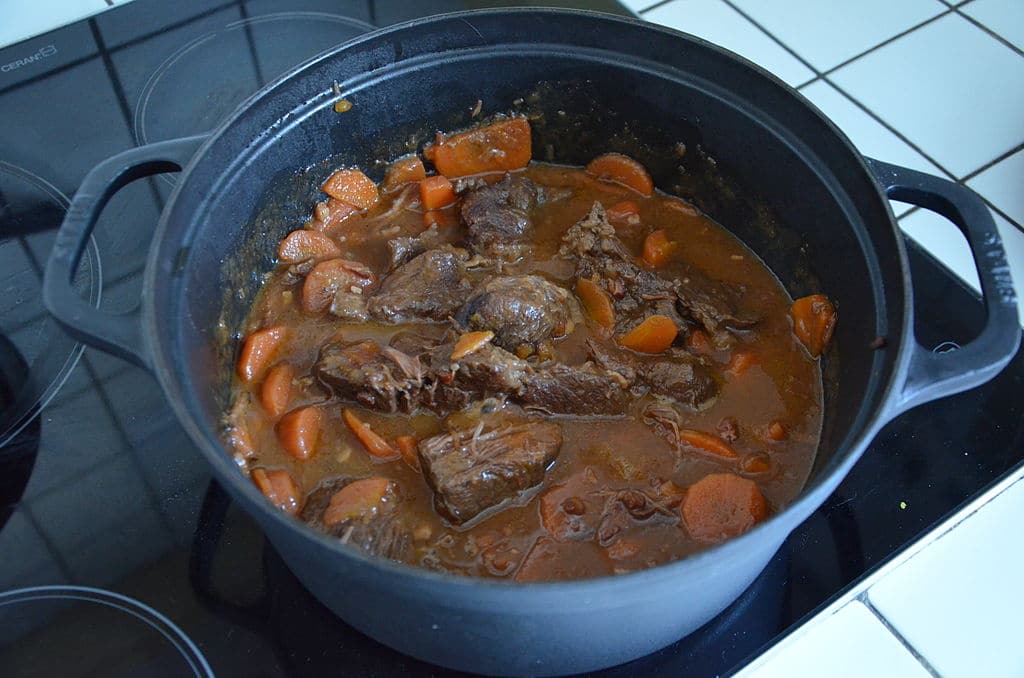 If it is your first time using a Dutch oven ever, you might be worried about whether or not your food is going to stick to the bottom. Since Dutch ovens are versatile, they can technically be used for cooking outside braising and stewing. You can technically use a modern Dutch oven for deep-frying or just plain frying. But the classic question remains – will it stick? Let’s find out.

Traditional cast-iron Dutch ovens can stick if you don’t use them properly. The reason for this is that cast iron can heat up fairly quickly and intensely, and if the food you placed in the Dutch oven tends to burn quickly, then that’s going to cause the food to stick to the cast iron. On the other hand, if you use a Dutch oven properly, you won’t have to worry about this happening at all.

Le Creuset Dutch ovens may not always be advertised as nonstick, but again, if you can cook your food at low temperatures, the enamel layer should take care of the food release. Other than that, if you are using a more classical version without the extra enamel layer, then the food might stick. Check the manufacturer’s instructions, and to find out if any kind of cookware is nonstick, experiment with different ingredients and cooking temperatures.

If you have an old Dutch oven at home that has seen better days, don’t throw it out just yet. Classic Dutch ovens are a sight to behold, and it will only take a few steps to bring them back to their previous appearance. The first step is to scour away all the rust that you see. Use steel wool to remove the visible rust. You might be surprised as to how easily you can do this.

Apply neutral cooking oil to the outside and inside of the Dutch oven with a napkin or soft cloth. There is no need to apply too much as we are applying the oil to season the cast iron to be rusted over again.

Can Saucepan Go in Oven?