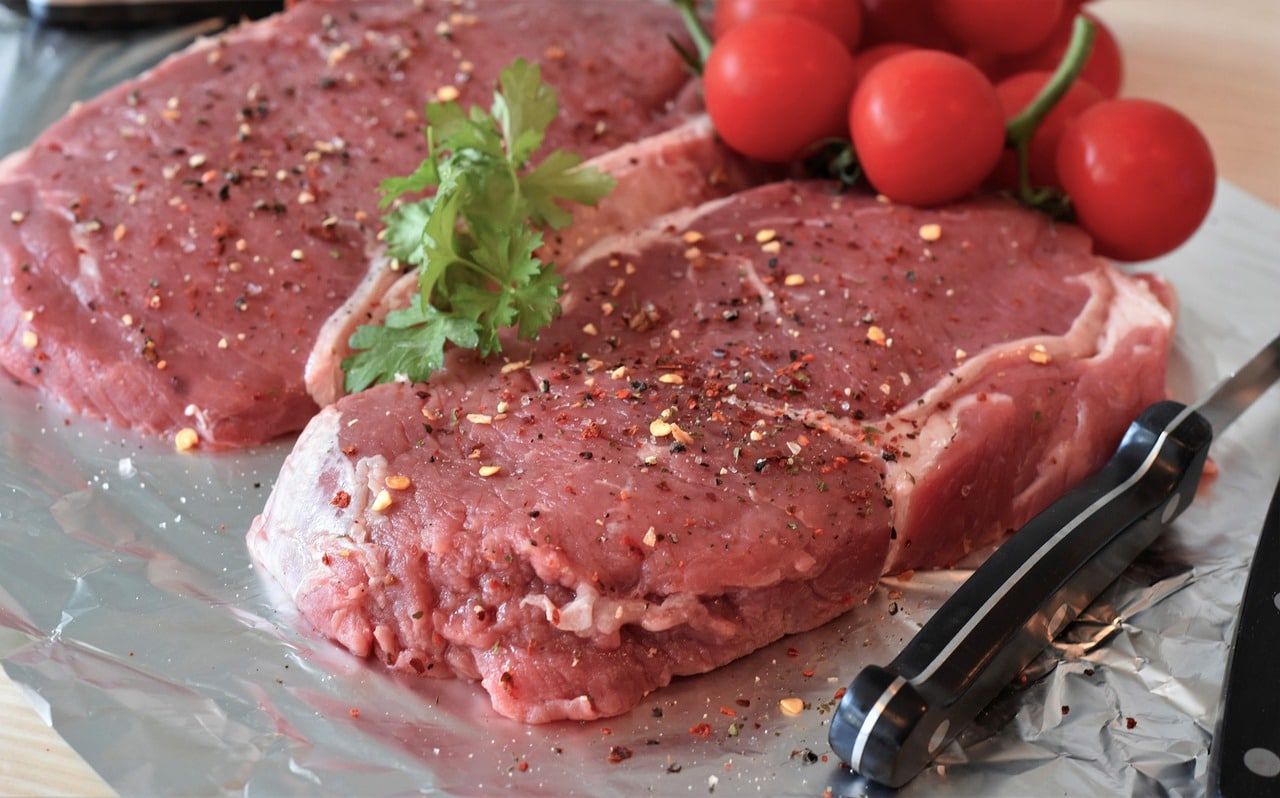 How Can I Defrost Steak Quickly?

How to defrost steak fast? Carnivores will agree that all kinds of meat cuts are difficult to defrost. However, just based on the surface area, steaks are the most difficult because there is just so much ice to remove before cooking that it can take longer before you can start preparing the meat for cooking. Luckily, we know a way for you to substantially reduce the defrosting time without cutting down the beef’s flavor and texture.

You’re probably aware that some defrosting techniques don’t always work well, and they can destroy the texture of the meat even before you have started cooking. Our goal is to defrost the meat while preserving its texture as much as possible. The main technique that we want to teach you is defrosting with cold water.

You have probably already tried thawing meat with water before, but this technique is much better because it speeds up everything. You can have a well-defrosted piece of steak in fifteen to twenty minutes.

To begin, place a large aluminum bowl in the sink, just beneath the tap. Fill the aluminum bowl with water and place your steak in the water. This is very important: make sure that you don’t remove the steak from the sealed bag. Keep it inside the zip lock bag at all times. After submerging the meat in the water, open the tap again. This time, we need a nice, weak trickle going. No need to run the tap at full power – a trickle would suffice. Leave the meat to thaw, and in 20 minutes, you will have a nice, juicy steak defrosted and ready for prepping.

Why did it work?

This special defrosting technique works because there is a continuous water flow that refreshes what’s in the basin. The cool water eventually becomes cooler from the ice in the meat, and the defrosting process slows down because the ambient temperature has to warm the water slightly. With a continuous flow of water, this is no longer a problem, so the ice in the meat melts continuously. This is a great way to defrost meat quickly and effortlessly.

Can you defrost meat like this if you have more than one thick steak? Of course. However, the size of the basin has to be adjusted. The bigger the basin and the more water you can pour in, the better the results. Just don’t forget that your tap has to trickle as the meats defrost.

How Do You Defrost a Steak in 5 Minutes?

How to quickly defrost steak? There’s a lot of noise about a magic technique that defrosts meats in just five minutes. The videos we have seen are a little misleading because there is a gap between the scenes, and you won’t know how much time has passed before the meat becomes tender enough for cooking. So, for now, we are saying that it’s not possible to defrost meat in just five minutes unless you have had your steak in the refrigerator for twelve hours.

Some people defrost their meat by putting the meat in the refrigerator for 24 hours or more. The length of the thawing process will depend on how much meat has to be defrosted. The higher the weight of the meat, the longer the defrosting time.

If you don’t want to try the previous approach to defrosting meat, we have an alternative method that will work just as well. For this method, you will need two pots.

First, place the pot on the counter bottom-side up. Place the steak on top. Get another pot that you can easily position on top of the steak. Fill this with water (about halfway through) and place the pot on the steak. Wait for the meat to thaw and prepare your sumptuous steak after. While this method will not defrost your meat in just five minutes, it works spectacularly well, and you won’t have to turn on the tap during the defrosting process. To each his own.

Can I Defrost Steak in Hot Water?

The answer is, “it depends.” The tricky factor about thawing meat is as the ice breaks in the meat; we also don’t want the meat to become too warm because this increases bacterial growth chances. Bacterial growth on the surface of the meat can sometimes cause foodborne illnesses. This risk is the reason why the USDA is always touchy about how people prepare their meat. There is a genuine risk of getting the foodborne disease when the meat hasn’t been prepared properly. If your meat is relatively thin and easy to defrost, there shouldn’t be a problem with using a hot water bath. However, if the meat is thick, the surface of the meat may warm to a point where bacteria will begin to thrive, and from that point moving forward, there’s going to be the possibility of bacterial growth.

Some home cooks will say that this shouldn’t be an issue anymore because the steak will be cooked right after, correct? Whatever your decision, always follow the correct cooking instructions for the type of meat you are preparing, especially the internal temperature.

Is It OK to Defrost Steak in The Microwave?

Yes, it is possible to thaw steak in a microwave oven without running it adequately. However, you need to check the meat every two minutes to ensure that it is not inadvertently cooking inside the microwave. Also, use the microwave defrost setting and don’t gamble with the lowest normal setting as this may cook the meat directly.

The Best Waterproof Mattress Pads of 2022

Why Do Plates Break in the Microwave