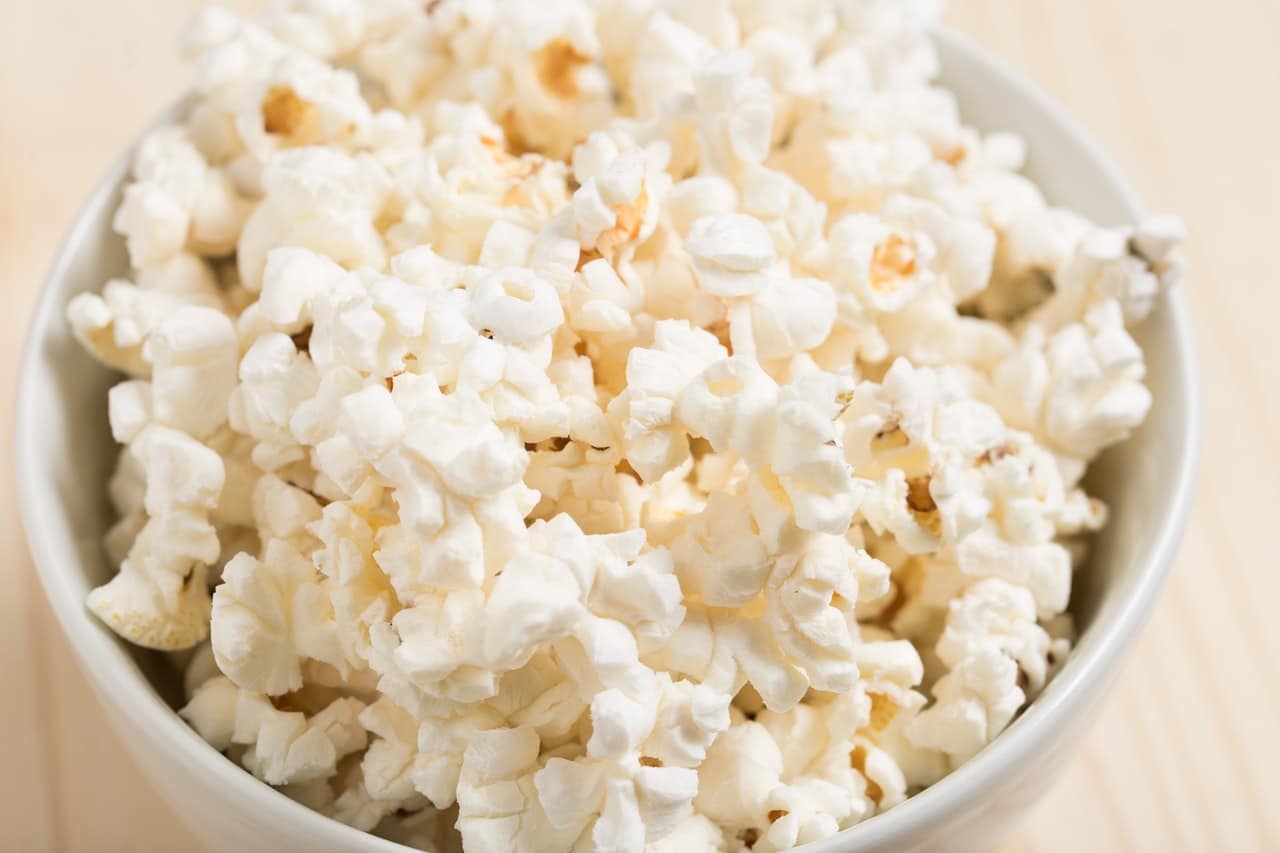 The Truth About Microwave Popcorn

Popcorn has quite a simple premise: a single popcorn kernel has moisture in the middle, and the humidity explodes with the introduction of heat. The hull is broken, and you get popcorn after cooking your raw kernels. On its own, there is nothing wrong with popcorn. However, commercial preparations of this typical food appear to be putting consumers at risk. Microwave popcorn for one seems to be hiding its secrets from consumers.

When it comes to food, safety is tantamount. Popcorn is indeed a nutritious snack, but you need to be more careful about how you cook it, because processed popcorn designed for microwave ovens may be putting your health at risk.

But before we talk about those risks, let’s talk about the goodness that is popcorn. Popcorn is naturally rich in phytochemicals and polyphenols. These chemical compounds are known for slowing down cellular aging by helping remove harmful free radicals in the body.

Free radicals are natural byproducts of cellular activity, but over time, these can harm your cells and even cause cancer. Eating foods rich in antioxidants can help slow down accumulation and damage brought about by free radicals.

Unfortunately, the benefits of popcorn can be reversed by the problems associated with microwavable popcorn. For one, the Environmental Working Group has revealed that the chemical compounds that manufacturers use to coat the container of microwavable popcorn can easily leach into the food you are cooking. These compounds are potentially carcinogenic, too. And while the FDA has already banned many of these chemicals from the production of microwave popcorn, it remains to be seen how safe current processing methods are.

Another issue that has seen a resurgence in recent times is the use of ingredients that are GMO-derived. There is a lot of debate about the use of GMO and GMO-derived ingredients. Ultimately, this is a matter of preference or choice for the consumers. If you are okay with genetically modified organisms like GMO plants, this shouldn’t be a real issue.

Do you remember the warm, buttery taste that people love so much in microwave popcorn? Unfortunately, this flavor is usually achieved with the use of artificial butter flavoring.

The artificial compound used to create the well-loved buttery flavor in microwavable popcorn has been linked to many medical problems, including lung damage and damage to brain tissue. The compound is called diacetyl. The respiratory issue associated with the consumption of diacetyl is called “popcorn lung,” and it is a dreadful disease.

The lungs can become highly inflamed and scarred, and the effects of popcorn lung are irreversible.

People who have acquired the disease will have to deal with the effects of the condition for the long term. Fortunately, it appears that this disease has been observed mainly in people who are involved in the manufacture of commercial popcorn, so the length of exposure is also an essential factor to consider.

However, if you are the kind of person who likes to eat microwave popcorn regularly, you may want to reconsider if the popcorn lists diacetyl in the ingredients list. If you’re going to eat popcorn regularly, it would be best to prepare it the old fashioned way, which is in a pot, with some oil or butter.

The traditional method of preparing popcorn may not be appealing to people who prefer more instant ways of cooking, but it’s going to be safer, guaranteed. If this still doesn’t entice you to eat more traditionally-prepared popcorn, do take note that merely inhaling the vapors of diacetyl can cause harm to your lungs.

As if diacetyl wasn’t enough to worry consumers, another harmful compound is peeking: this time, the compound is from the bag itself. Perfluorooctanoic acid is commonly found in disposable, microwaveable bags. This compound produces a carcinogenic effect on the body, and it can also leach into the food that is cooking in the bag. Perfluorooctanoic acid has been known to cause developmental issues in lab rats in animal studies.

And let’s not forget that processed foods, in general, contain preservatives. Preservatives are necessary to maintain the freshness of food products that are stored for long periods. However, at what cost? One such preservative that is found in microwave popcorn is propyl gallate. Propyl gallate has been linked to tumor formation in lab studies involving rats, so it’s safe to say that it’s not the safest compound to have around your food.

Making Your Popcorn Even Safer

Assuming that you want to shift to traditionally prepared popcorn now, we recommend that you use oil that has a higher smoke point. The reason for this is that when you use oils with a lower smoke point, you end up creating chemical compounds that are also inimical to health.

You could end up damaging your body with the byproducts of high-temperature cooking. Medical experts agree that eating food with burned oil is not safe, no matter what the food is involved. So whether you are eating popcorn or chicken fillets, you need to use the right kind of oil and cook at temperatures that will not burn the oil you are using.

And finally, if you want the healthiest possible method for preparing popcorn, go for air-popped popcorn instead. Electric air-poppers are ideal because they remove oil from the equation entirely. Don’t worry: you are still going to get the same type of popcorn that you enjoy so much – sumptuous, fluffy popcorn that is perfect at any time of the day.