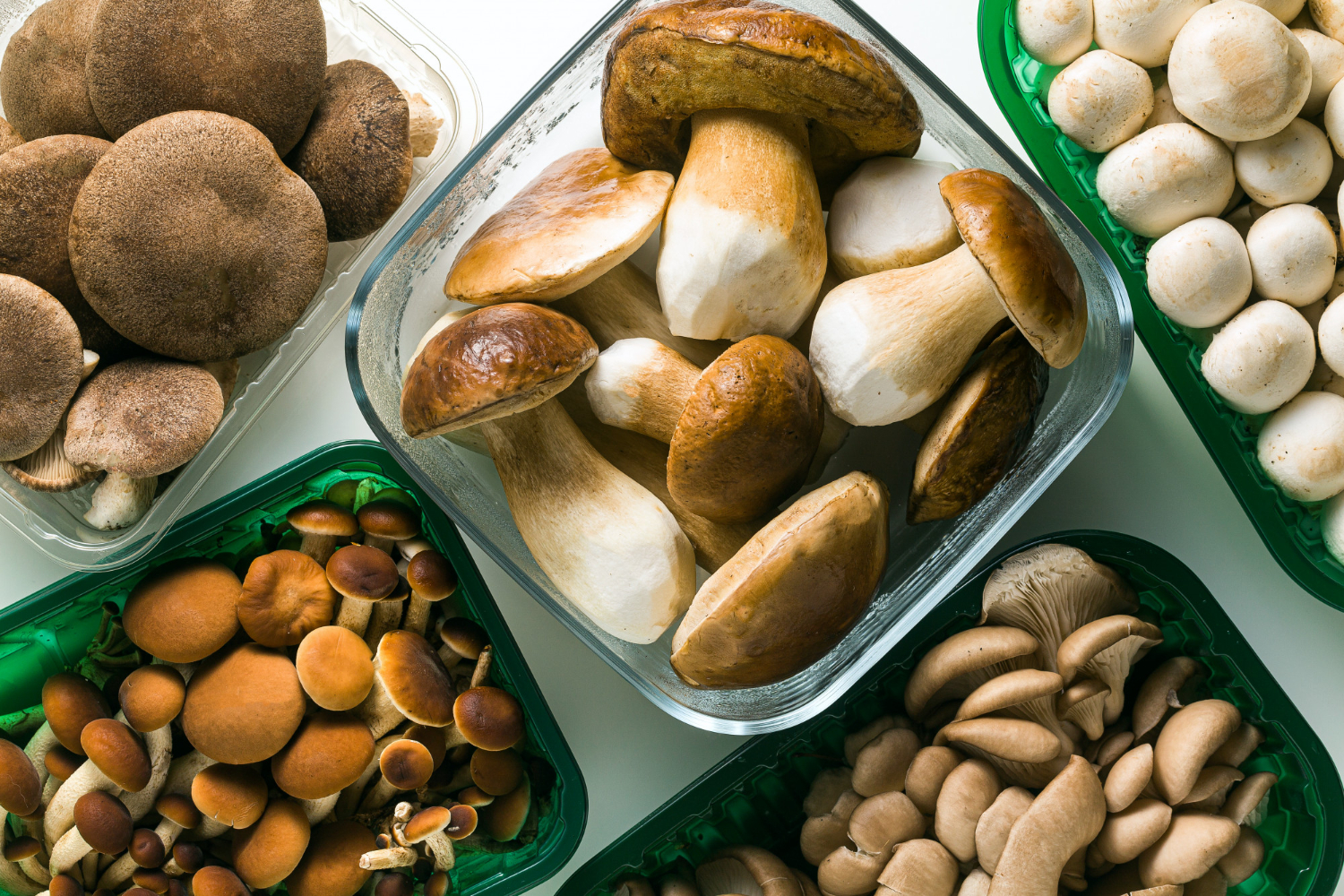 Mold can be a blessing or a curse in the food industry. Suppose you find a small amount of mold on otherwise perfectly edible food. Do you have to throw it out? Can you eat mushrooms with mold?

You can become sick and die from eating rotting or spoilt mushrooms. However, it’s the bacteria that invade and take over rotten mushrooms, not the mushrooms themselves, that will kill you.

Dry-aged steaks, premium salami, and Camembert wouldn’t exist without mold. Unfortunately, however, mold has forced us to toss out far more food than we’d like to think.

Penicillin, an antibiotic, was developed from a species of mold, after all. On the other hand, some molds might be harmful if inhaled or eaten due to their toxic properties.

Growing fungi can be difficult for mushroom farmers, and novices are prone to making minor mistakes in the process. Unfortunately, these blunders can sometimes lead to mold infection. Unwanted fungi, germs, or insects are the “contaminants” in mushroom farming.

Air currents, inoculants, equipment, substrates, growing environments, pests like flies, mites, insects, and the cultivator themselves can all introduce contaminants. In addition, the competition for nutrients increases when molds begin to grow in the substrate where you are trying to grow your mushrooms.

Lack of proper growing conditions, such as too much moisture or too much CO2, can contaminate (CO2). Unfortunately, the only way to solve them is by learning from mistakes and carefully following directions, so don’t cut corners or rush through the process.

Can Mushrooms Have Fungus?

Because mushrooms are categorized as a fungus by taxonomy, it’s not strange that they can spread fungi from one place to another. The reason for this is that some fungi create mushrooms as a reproductive structure.

When it comes to fungi, they might be made up of a single cell, like yeasts, or several cells, like mushrooms. Cells of multicellular fungi form rows that mimic the branches of trees in their bodies.

The way fungi receive their nutrition sets them apart from plants and animals. Plants use the sun’s energy (photosynthesis) to generate food, whereas animals consume and then digest their food.

When it comes to fungi, neither is true; instead, their mycelium develops into or around the food source, secreting digestive enzymes that the mycelium then takes up and absorbs.

While it looks and acts like a fruit, it generates a large number of microscopic spores under the mushroom’s top, rather than millions of large seeds. They are dispersed by wind or other sources, such as animal feeding.

In contrast to the mushroom, the mycelium endures for a long time, collecting nutrients and producing a new crop of mushrooms every year.

Mushrooms can go rotten if stored in a place with excessive moisture, such as the crisper drawer. With this, dried mushrooms are helpful because they lower the amount of water in the air, which could otherwise cause problems.

Drying mushrooms is a standard method of preserving them because they keep well and don’t require refrigeration. The end outcome is a more nutrient-dense edible mushroom than fresh ones.

Industrially produced dried mushrooms are frequently rehydrated by soaking them in water before consumption. However, despite the simplicity with which they can be reconstituted, the texture they take on is nothing like that of fresh mushrooms.

When dried mushrooms are used, they develop a richness in flavor and texture lacking in fresh ones. In addition, this technique concentrates and eliminates the water content from mushrooms, which enhances their flavor without adding salt or other seasonings that aren’t needed.

This technique concentrates and eliminates the water content from mushrooms, which enhances their flavor without adding salt or other seasonings. When cooked with butter or oil, they impart delightful nutty flavors to meals such as risotto ala Milanese.

Soups and stews are the most typical dishes to include these mushrooms into. Shitake, porcini, and oyster mushrooms are among the more popular dried mushroom varieties.

The taste and nutritional profile will also be inferior to what you’d get if you ate it raw in the first place. These foods can be used as meat substitutes if you’re trying to live a vegan lifestyle.

What Causes Green Mold on Mushrooms?

Infected people and equipment are the primary routes through which the pathogenic fungus enters growth rooms. The poorly composted substrate or leftovers from rooms that weren’t adequately steamed off are other potential culprits.

Green sporulation from a compost infestation can turn to black spots that are uninhabitable by mushroom mycelium. Although green molds may eventually colonize these regions, the production will be substantially decreased.

Mushroom fungi can cause a variety of diseases, but three types are particularly destructive to crops. Dry bubbles, wet bubbles, and cobwebs are the common names for these.