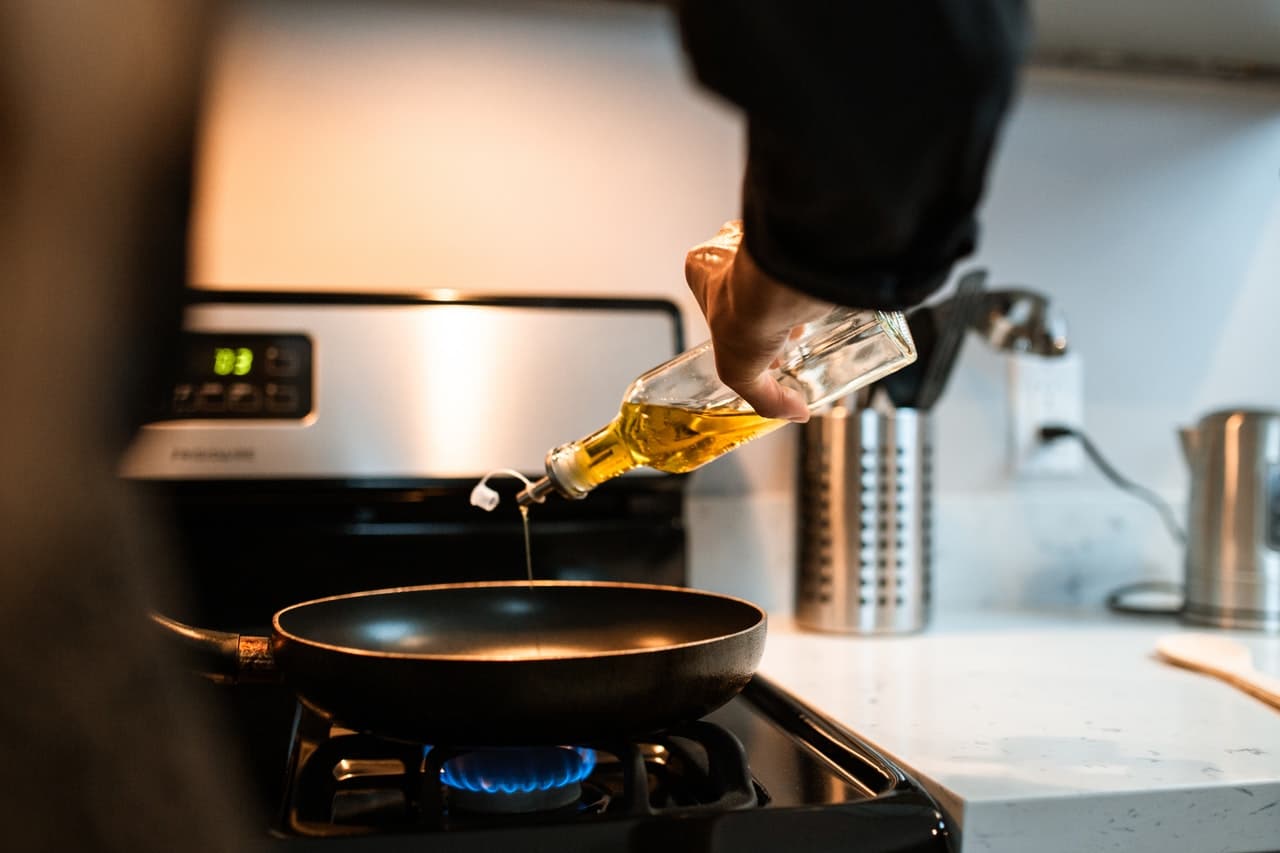 If you have been looking for the healthiest cooking oil for cooking steak and other great dishes, you’ve arrived at the right blog. Knowing how to select the healthier choice for cooking oil is beneficial, especially to those who have diabetes and are engaged in weight loss efforts. Today’s blog will also cover some vegetable oil alternatives, including cooking oil, that you can use for griddle cooking.

Why Is Canola Oil So Bad for You?

There are many myths surrounding canola oil that you may have been wondering if this cooking oil was safe for human consumption to begin with. The majority of these myths were created because of a lack of a fundamental understanding of how edible plant oils are extracted and processed.

So it’s not true that canola oil is so bad for you that it is so good for everyone! Compared to butter or margarine, canola oil offers heart-healthy benefits that will help reduce the damage to your cardiovascular system in the long term.

However, it does have some health downsides, which we will be discussing later on in this blog.

Below are some persistent myths about canola oil:

Canola oil is made from GMOs.

Canola oil is manufactured from rapeseed. Rapeseed is derived from Brassica napus, a flowering plant. The Brassica plant seeds are so rich in oil that this plant has been used for creating cooking for decades. Unless the label states that the canola oil was made from bio-engineered Brassica plants, it’s not GMO.

Hexane is a solvent derived from gasoline. During the extraction process, a mechanical press is applied to remove up to 40% of the rapeseed oils. The remaining oils are extracted with hexane.

The hexane is filtered out before the oil is further refined to remove impurities. Hexane does not occur in any significant amount in canola oil to cause any health problems to people. Hexane is also categorized as having a low toxicity.

Canola oil has both health benefits and downsides, like other types of cooking oil. Canola oil has omega-3 fatty acids that help reduce inflammation and improve heart health and general cardiovascular health.

ALA (alpha-linolenic acid) can also improve a person’s resistance to developing type 2 diabetes and fractures by strengthening the skeletal system. Canola oil can contain more than 4.2% trans fats, so it’s not 100% healthy food.

Side Effects of Canola Oil

Can You Use Canola Oil Instead of Peanut Oil?

Canola oil is not an aromatic oil like peanut oil, but there is no reason you won’t be able to substitute canola oil with peanut oil, even for batch cooking.

From a medical point of view, they’re more or less equal in the nutrients they provide, and it’s in the aroma and taste where they are different. The only notable aspect of peanut oil nutrition-wise is that it contains 18% more saturated fat than canola oil.

However, canola oil is still widely used in restaurants for many food preparations because it can maintain its stability to up to 399.2°F/204°C before it begins turning gaseous.

Is Peanut Oil Better Than Canola Oil for Deep Frying?

This is incredibly important if you are cooking large birds and batch-cooking large quantities of food like French fries and onion rings. The higher the quantity of food involves during the deep-frying process, the more stable your oil has to be if you want to produce excellent fried food without the oily, burnt taste.

The smoking point of oil has a huge impact on the food’s resulting flavor profile, especially if the food is submerged in the oil for several minutes at high temperatures. This is one reason why it’s important to have a chart of the characteristics of different oils at home.

What is Brioche Bread?