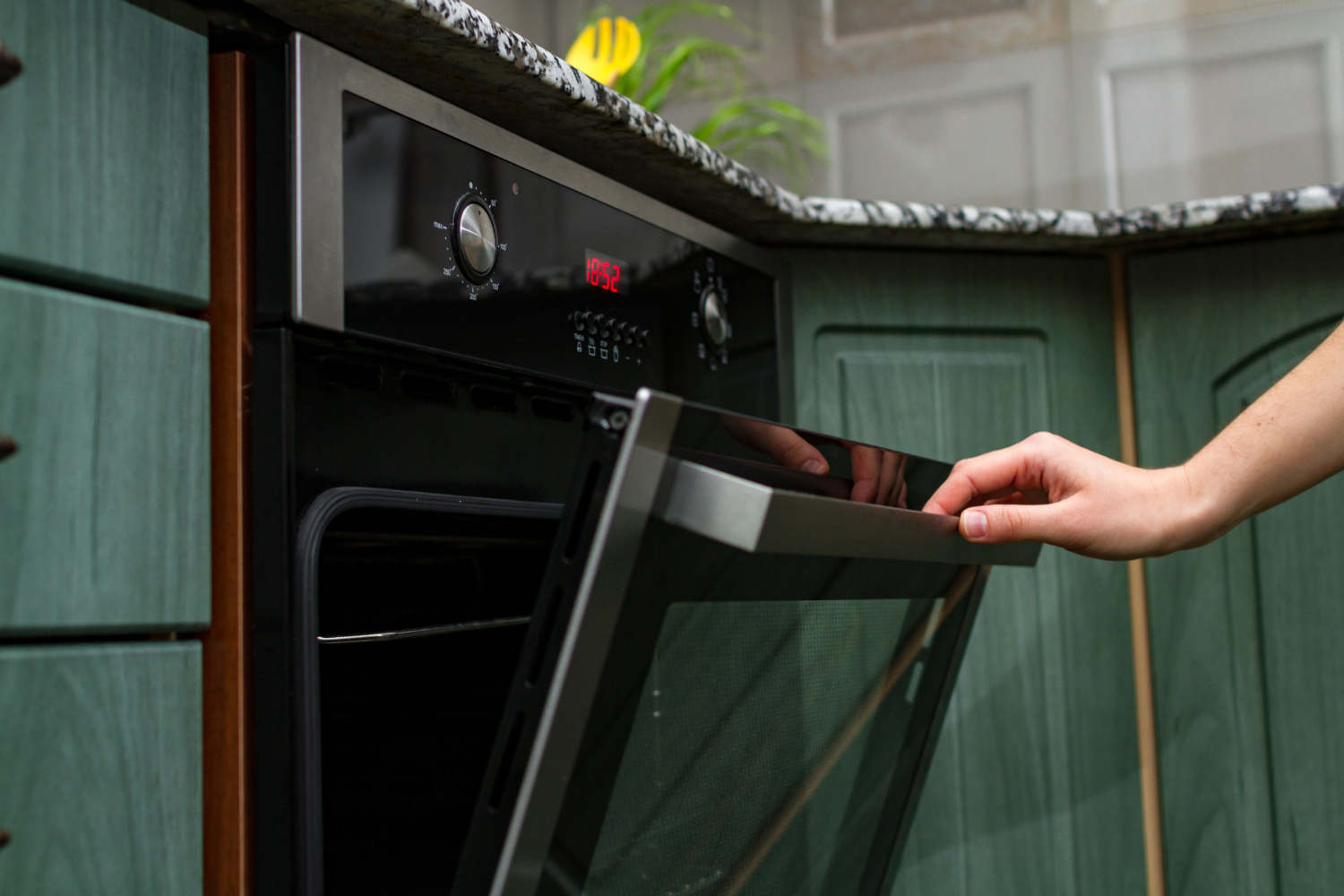 Gas ovens are popular among amateur cooks and top chefs because of their capability to disperse heat uniformly. In addition, gas ovens are usually safe to use and pose minimal risk to you and your household if appropriately used and serviced regularly.

Because a small fire starts a gas oven’s burners, it’s common to smell gas first when turning it on. If the odor lasts longer than a few minutes, it could be a sign of a gas leak that requires immediate care.

Is It Normal for Oven to Smell Like Gas?

A gas oven can produce various odors, the most problematic of which is the odor of unburned hydrocarbons. This kitchen equipment cooks and bakes food using gas as a source of energy, as the name suggests. While there are many benefits to utilizing gas, learning how to spot a leakage is crucial for anybody who uses the oven, whether they are a trained chef or not.

Many reasons can cause an oven to stink, and most of them will go away in time. Unpleasant odors may be caused by:

Most scents may be avoided by washing your oven regularly and implementing the manufacturer’s maintenance guidelines. If you detect unburned gas, though, it could be a sign of a gas leak, and you should take action quickly.

How Do I Know If My Oven Is Leaking Gas?

What Do You Do If Your Oven Smells Like Gas?

Chefs like gas ovens because they cook quickly, reliably, and economically. The disadvantage of a gas oven is that gas is highly combustible and can be lethal if breathed in significant amounts. Gas ovens, on the other hand, are generally safe. Natural gas is colorless and odorless in its natural form. To give the gas its unique rotten-egg odor, gas firms add a substance. If your oven stinks like gas, it could be a sign of a dangerous situation that requires quick treatment. However, not all odors should be taken seriously.

Before turning on your oven for the first time, make sure there are no residual packing items or twisted ties in the interior chamber. These things are not oven-safe, and putting them in the oven could cause a fire. In addition, if they are subjected to heat, they may emit a distinct burning odor. If you notice an unusual smell when you first switch on your oven, make sure any foreign objects have been eliminated.

Even if there is nothing left in your oven, it may emit a pungent chemical stench the first time you use it. When the range is subjected to severe temperature for the first time, the curing process may create a smell. Some manufacturers utilize an insulator known to emit strong odors when initially used, while others use a preventive oil layer that can emit an irritating odor.

When you initially switch on the oven, you may notice a slight gas smell. This is because a tiny amount of gas is emitted before it is ignited, which causes this. However, after a few minutes, the odor should dissipate.

Do not use if the gas odor does not disappear after a few minutes. Switch off the oven and then the gas at the supply. Open a window and switch on any fans that are accessible. Check for leakage or loose connections with a professional repair service. If you’re feeling dizzy, queasy, or have a migraine, get out of the house right away and call 911.

When your appliance is not in use, you must never smell gas. If you do, you’ve got a leak in your system that has to be fixed right away. So leave your house as soon as possible. Do not try to operate it anymore.

Which KitchenAid Mixer Has Metal Gears

What Utensils Can Be Used In Microwave