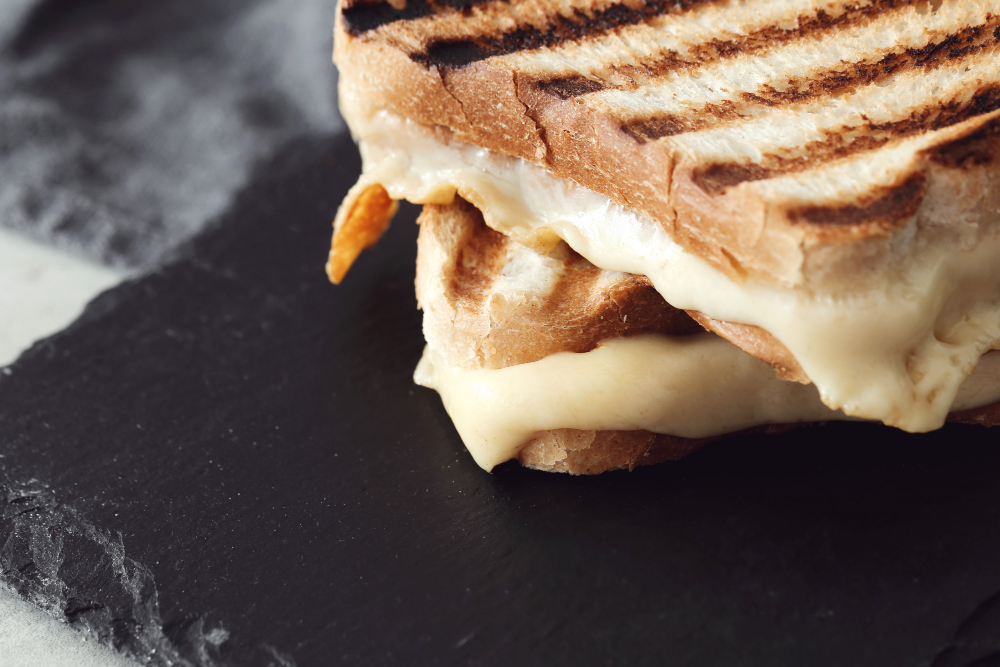 Half of the population in the United States eat grilled cheese for breakfast. Others debate whether it should be referred to as toasted cheese or not. What’s more, guess what? There has never been a winner in the debate. So we thought we could take a step forward and settle the feud. Grilled cheese and toasted cheese are not the same things.

Folks typically use a grilling pan to make grilled cheese sandwiches. At the same time, toasted cheese is made in an oven/broiler. Apart from that, they differ in terms of buttering, cheese factor, texture, calories, etc.

What Is the Difference Between Toasted Cheese and Grilled Cheese?

No matter how often you read it, toasted cheese and grilled cheese will never be the same. These two famous sandwiches have a lot of differences no one knows about. For example, I bet you didn’t see the comparison between onion granules and powder! We admit there are many speculations on the internet regarding these two sandwiches. And we’ve carefully handpicked the differences that matter [thanks to the arguments], just for you! So, we will dissect every detail of these two American favorites.

What Is the Difference Between Toast and Grill?

Grilling or broiling is radiant heat for cooking, which is known as grilling in the United Kingdom and broiling in the United States. Typically, this is done in an electric oven with the door half-open, utilizing only the upper heating element. Broiling with a lower drawer in a gas oven is often ineffective. Grilling is a method of retaining meat fluids while enhancing flavor. Tough meat fibers are not softened by broiling. It’s excellent for tender cuts of meat and poultry.

A grilling tray, grill pan, or (broiling tray or a broiling pan) is a tray or pan with a raised grill insert, commonly made of anodized metal. They’re used for grilling or broiling meals under a cooker’s grill.

A griddle is a special pan. It is usually a flat plate of metal (usually composed of aluminum, stainless steel, or cast iron) with some form of heat source beneath it in the industrial world (e.g., restaurant kitchens) (gas, for example).

The griddle might be a tablet, brick slab, or stone in non-industrial settings and traditional cookery setups. It’s used to cook various dishes, including flatbreads, over an open flame or on a stove. It can be used with or without the addition of oil.

Browning food with a dry heat source is known as toasting. This can be accomplished by using a toaster, grilling, broiling, or cooking over an open fire or a barbeque. Toasting stale bread is also a traditional way to make it more flavorful. Toast is frequently topped with butter, cheese, or various other ingredients. Toast is a common breakfast item.

Toasting nuts, seeds, and spices bring a richer flavor that lasts long after being cooked further.

To toast nuts, seeds, or spices, heat a small frying pan over medium heat, add the nuts, seeds, or herbs, toast for a few seconds, shimmy the pan a little, let it for another 30 seconds or so, shimmy again, and repeat until they are cooked to your liking. Lay them on a large platter to dry thoroughly. If you don’t, they’ll be moist and squishy. They should be removed as soon as possible since they will continue to cook in the pan and may burn. Almonds, for example, are inedible once they’ve been burned.

What Do British Call Grilled Cheese?

The cheese toastie or toasted cheese is one of those British meals that screams comfort at the mere mention of its name. The toastie is one culinary gem that makes everyone drool and a bacon butty (bacon sandwich). Cheese toasties are similar to grilled cheese sandwiches in the United States and are equally excellent.

The appeal of the toastie stems from the ease and quickness with which it may be made—it has to be one of the most straightforward recipes ever—and the unlimited variety of loaves of bread, cheeses, and fillings available.

There are toastie machines and toasted sandwich makers available, but there is no need to spend money on one. If you want the bread to have ridges, you need a nonstick frying pan or a grill pan. This will not change the taste, but it will look nice.

Why Is It Called Grilled Cheese If It’s Not Grilled?

In the early 1900s, grilled cheese sandwiches were commonplace in the United States. Then, in 1927, Otto Frederick Rohwedder invented the bread-slicing machine, and by 1933, bakeries were manufacturing and selling more sliced loaves of bread than unsliced loaves.

Throughout World War II, Navy cooks followed a government-issued cookbook that featured a recipe for an “American cheese-filled sandwich.” Soldiers returned after the war and were incorporated into the American diet.