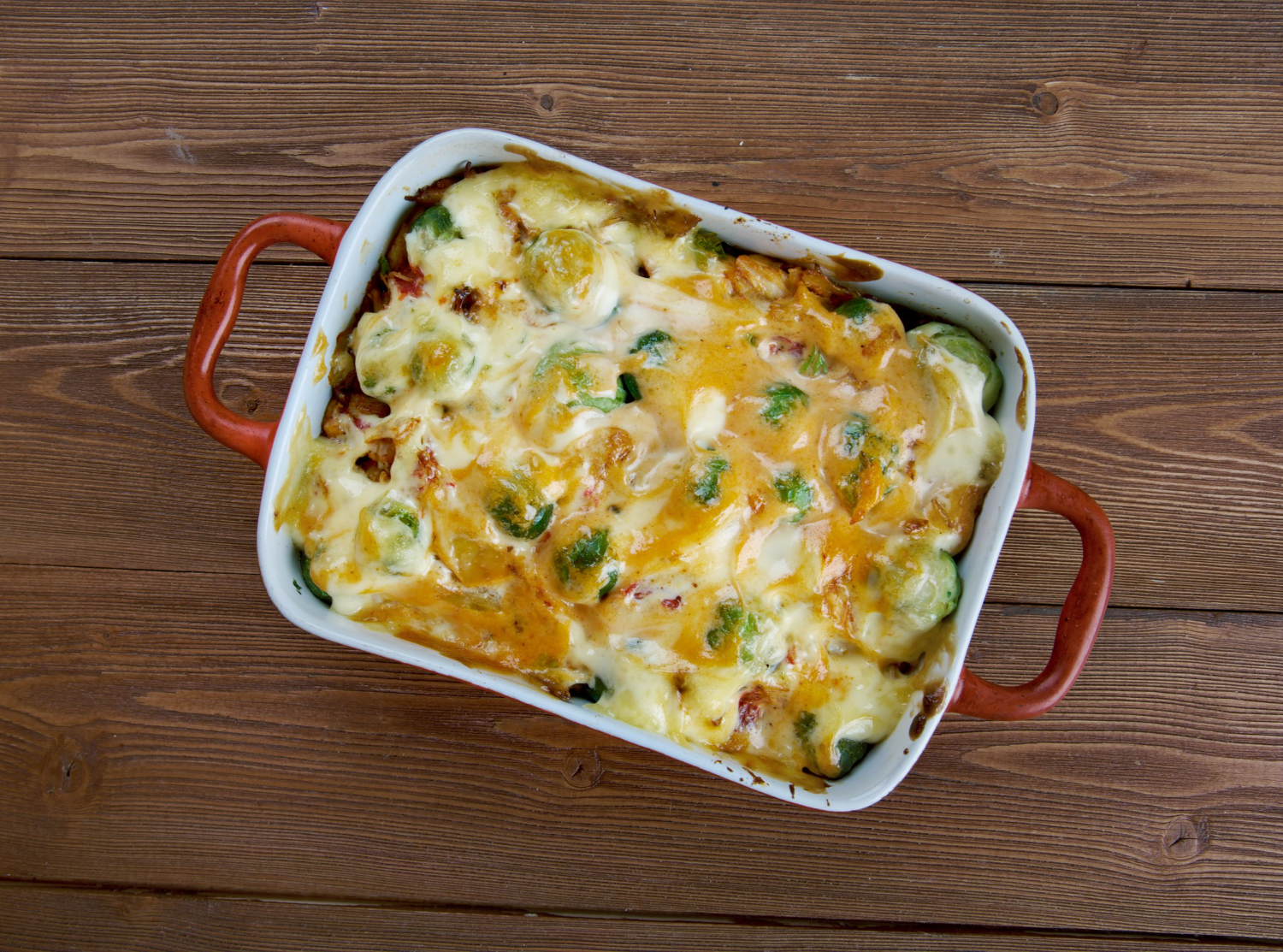 Who doesn’t love a good casserole? Casserole recipes first appeared in American cookbooks in the late 1800s, but the dish gained prominence during the Great Depression and World Wars. During hard times, vegetables and carbohydrates helped to bulk up a meal so that a bit of quantity of meat could become a more satisfying dish.

Casseroles grew even more popular as a vehicle for leftovers in the mid-twentieth century, sometimes linked together with a can or two of condensed cream of whatever soup was available.

What Is a British Casserole?

In the UK, casseroles are traditional winter comfort food recipes simmered over an extended period. Many casserole recipes call for inexpensive, challenging types of meat like beef cheek, swine belly, or lamb shoulder, which break down during the cooking process and yield a delectable result for a low price. In addition, the slow cooking time allows the meat to develop depth of flavor while also tenderizing it.

There are several popular casseroles in the UK worth trying.

Ormers, pork belly, carrots, shallots, butter, and bay leaves go into the ormer casserole, a Guernsey delicacy. Ormers are a species of shellfish that is a well-known delicious dish in Guernsey. They have a mussel shape and a subtle flavor.

Because ormers are only available on a few occasions between January and April, this dish isn’t usually offered in local restaurants. Instead, the ormers are taken out of their shells, flattened with a hammer, floured, then fried in Guernsey butter. They’re then mixed with the other components in a casserole dish, and the mixture is baked until it’s ready to eat.

A traditional Welsh frugal cuisine, the miser’s feast is a classic cheap dinner. To put it simply, the dish is made up of potatoes and pork. The original recipes called for British bacon, with pork chops included as a bonus; however, bacon is now considered a luxury, while pork chops are pretty cheap.

Pan haggerty is a classic Northumbrian meal that is enjoyed in many different forms throughout the UK. Sliced potatoes, onions, butter, salt, pepper, and shredded cheddar cheese are generally used to make the dish.

The potato and onion slices are piled in a baking dish, sprinkled with butter, and seasoned with salt and pepper. Cover the dish and bake until the potatoes and onions are soft. The dish is then uncovered, sprinkled with cheese, and cooked until the cheese is nicely browned.

Panackelty is a popular English dish, particularly in the counties of Durham and Sunderland. It’s made with slow-cooked meat (usually lamb chops or corned beef) and root vegetables like onions, carrots, and tubers. However, there are several recipe variants throughout, so the meats and veggies may vary.

The dish is prepared in a pan that is placed in a low-temperature oven, thus the name. Panackelty is thought to have been created out of necessity as a cheap and filling food.

What Is an American Casserole?

A casserole is a one-dish meal commonly cooked in the oven or on the stovetop in the United States. Moreover, the term also refers to the classic lidded dish made of earthenware or glass in which one-pot meals are prepared and sometimes served. They’re ideal for large families because they’re simple to prepare, can be made with various ingredients, and can be frozen and kept on hand. Because it is frequently baked in the oven, your cookware should be oven safe.

You’ll need an oven-safe casserole dish that can also be used as a serving platter. Different materials and makes are available for these casserole pans. Casserole pots are available in ceramic, stainless, and cast iron. Cast iron casserole plates are better because they heat evenly and maintain heat for a more extended period.

Here are some classic recipes that are well-loved in the US.

The potatoes are scrubbed, quartered lengthwise, and cooked for 10 minutes in water. Next, they’re shredded into long strips after being immersed in cold water and let to cool for half an hour. In your saucepan, combine the milk, cream, nutmeg, salt, and white pepper, then add the potatoes and bake for about ten minutes.

A chicken divan is a hearty dish prepared with chicken, almonds, broccoli, and hollandaise or Mornay sauce. It was the hallmark dish of the Divan Parisienne, a New York restaurant, in the 1950s, hence the name.

Anthony Lagasi, the dish’s creator, won an award from the New York Chatham Hotel for culinary innovation. The dish can be improved with extra ingredients like cheese, white wine, mushrooms, or water chestnuts, and it’s best served with bread and salad on the side.

Mormons typically cook the meal to console bereaved family members following a loved one’s burial, and it is more than just a dish; it is a symbol of care, love, and empathy. Although funeral potatoes originated as a funeral dish, they are now a popular complete meal that may be served at any time.

Is Casserole an American Thing?

Not entirely. Casserole-type dishes have existed for centuries before the coining of the term. It’s a lot like fried food – fried chicken is prevalent in many regions, but cultures have been frying chicken and other fowl far longer.

What Exactly Is a Casserole?

In the United States and the UK, a casserole is a one-dish meal often cooked in the oven or sometimes on the hob (whether electric or gas). Furthermore, the term also refers to the traditional earthenware or glass-lidded dish in which one-pot meals can be served and prepared.