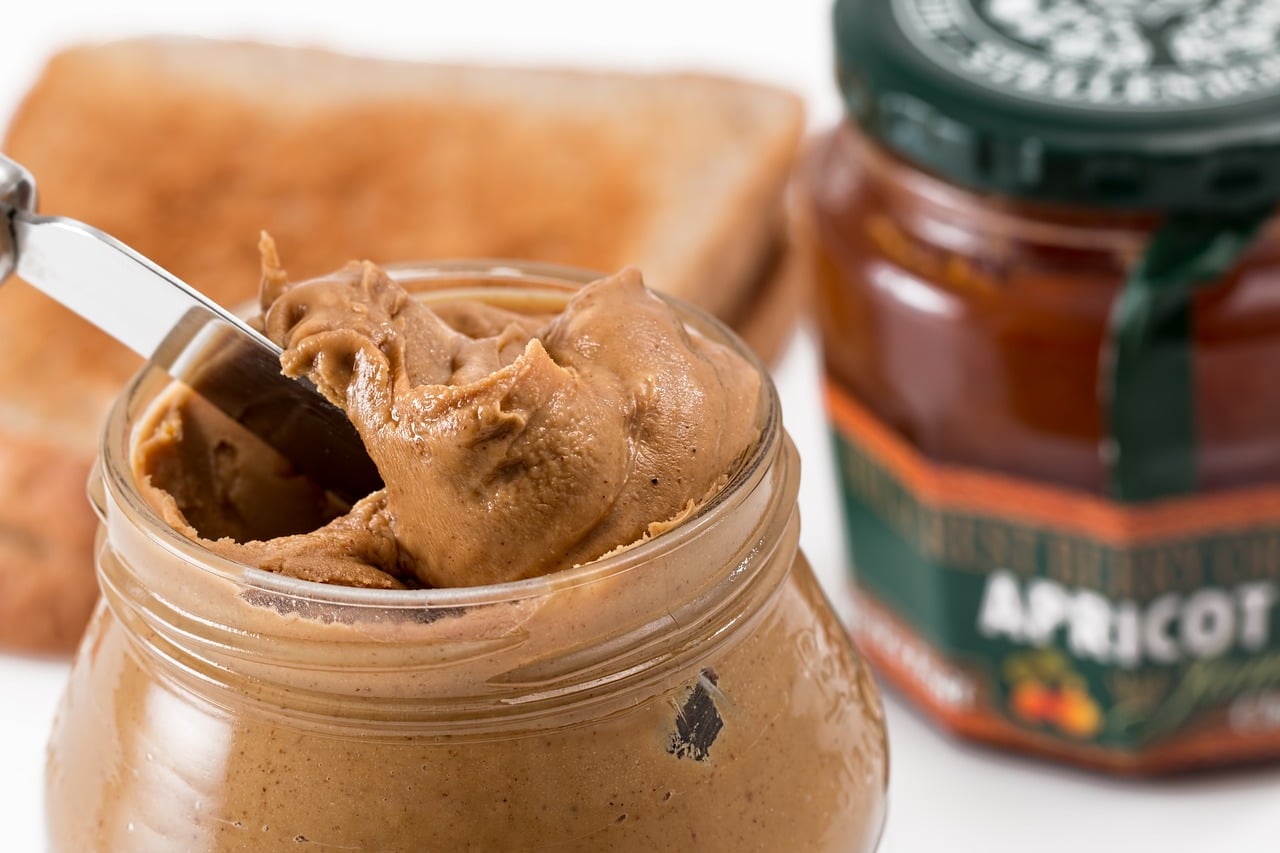 Does your dog have diarrhea after eating peanut butter? Let’s look at the medical facts behind peanut butter consumption of canines to ensure that your dog is on the safe side.

How Much Peanut Butter Can a Dog Have?

The precise amount of peanut butter that is safe for each breed of dog. On the whole, however, it’s safe to say that half a tablespoon is alright for most dogs (but no more than this). If you have a heavy dog (fifty pounds and above), then a whole tablespoon is probably safe. Observe your dog for any reactions, especially if it’s their first time eating peanut butter. We know – humans can eat a lot more, and we’re fine with lots of peanut butter. Dogs have different digestive systems. There is no comparison. That’s why we must always monitor our dogs when we give them new food.

We know that many dog owners are asking this question because they want to keep their dogs healthy. We know that peanut butter is very healthy for humans, so people are curious about what it can do for dogs. You’re not wrong – in the right quantities, peanut butter can supply canines with niacin, vitamin E, lots of B-vitamins, and a myriad of healthy fats. As a carnivore, dogs will benefit from all these things, and in the right amounts, dogs will have a shinier coat and even better body formation from having treats that are high in natural fats and proteins.

Which Type Of Peanut Butter Is Best?

Can Too Much Peanut Butter Cause Diarrhea?

Too much of anything can cause diarrhea in all mammals, including canines. Yes, this is true, and you should certainly make sure that your dog is not eating too much peanut butter per day. It’s easy to give in when you have an adorable and sweet dog at home, especially when your dog starts giving you cute eyes and it starts to beg for more peanut butter. You don’t control the consumption; your dog will suffer more when diarrhea starts to kick in.

Let’s talk about commercial peanut butter and the dizzying array of choices that dog owners have to tackle before they can bring home a jar of peanut butter for their dogs. We know that there are so many brands in the market. We can’t go by brand. You have to understand what makes peanut butter good or bad for your dog. In general, peanut butter has too many additives that may cause your dog’s reactions that may be helpful in the long term. Additives are meant to preserve the food, and dogs react differently to chemicals. What doesn’t bother you medically may have a different effect on your pet dog.

Some brands of peanut butter may also have added Xylitol. Xylitol is marketed as a natural sweetener because people will go for lower-calorie versions of the food they love. Unfortunately, Xylitol disagrees with the canine digestive systems.

Be warned – Xylitol is not safe for dogs! What passes for a neutral all-natural sweetener for humans has an extremely toxic effect on dogs. How bad, you ask? Xylitol has been known to cause the following fatal side effects to dogs:

Why is this compound so deadly to dogs? When humans consume Xylitol, it has zero effect on the release of insulin in the body. To dogs, it’s the opposite effect. Xylitol can cause a sudden and massive release of insulin that can cause a dog to lose consciousness because of very low blood sugar levels suddenly. The painful and deadly side effects caused by Xylitol will likely occur in ten to sixty minutes after ingestion of the Xylitol.

It doesn’t matter where the Xylitol comes from. That’s why it is never a good idea to give your dogs gum because Xylitol is the sweetener of choice in so many beverages and foodstuffs that are sold commercially.

Just one gram of Xylitol can cause blood sugar fluctuations in a dog. While the amount of Xylitol varies, there’s no reason to risk it anymore.

What is Eel Sauce?

Why Pasta Is Better Than Pizza

Can You Eat Food Left in Oven Overnight

[…] Xylitol is found to be highly poisonous for dogs. Each year, thousands of dogs encountered xylitol poisoning on several products—including peanut butter. So make sure to review the ingredients list of your store-bought peanut butter before give it to your pets. […]