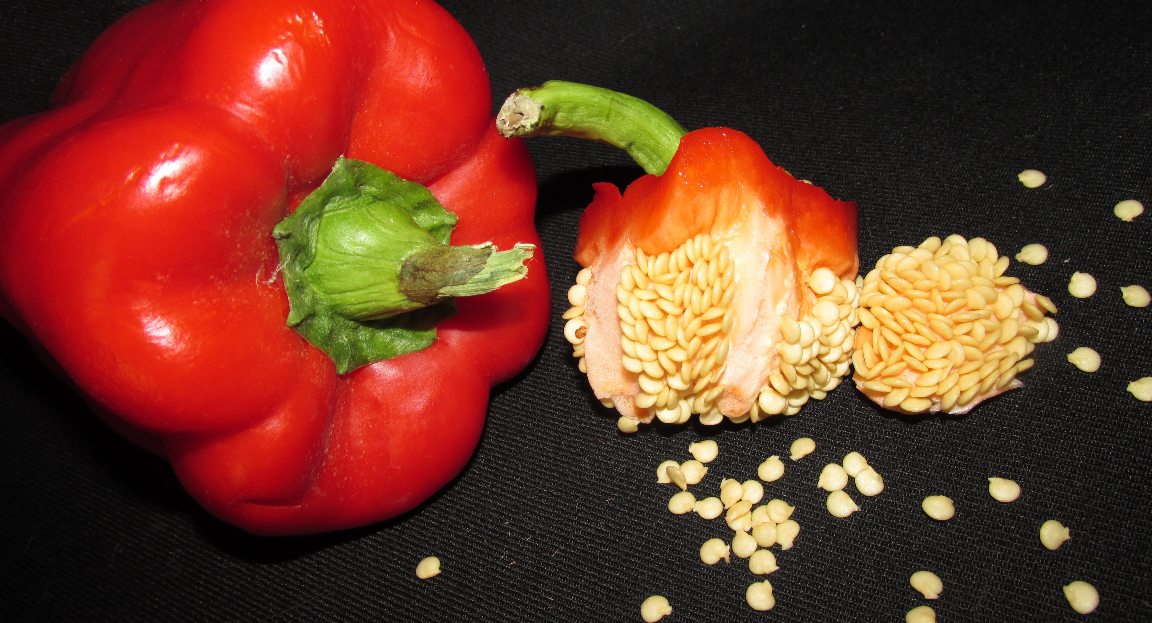 The stem end of the pepper has a cluster of tiny white seeds. Although these seeds are edible, they are usually thrown away due to their mild bitterness.

The colors of bell peppers, often known as sweet peppers, ranging from green to red to orange to yellow to lavender to chocolate brown to cream. They also come in a variety of shapes and sizes. However, the culinary classification of peppers places them in the same category as tomatoes and avocados, even though they are fruits.

The seeds of hot peppers have a poor rap, at least when it comes to eating them. Many people assume that seeds, for example, might make a dish too spicy. However, this is not the truth.

The seeds of peppers aren’t poisonous, but it’s a good idea to remove them before eating just in case. Also, you may wish to remove pepper seeds if you are using a significant number of peppers because they are slightly bitter—but not so bitter that they will ruin the dish in most situations. Some folks also ask – are pepper seeds bad for you?

If you don’t want to handle the bitterness of pepper seeds, most cooks remove them from their dishes. However, a dish’s flavor may be tainted if it contains an excessive amount of seeds.

Small, hard particles in a dish can be an eyesore and a taste and toxicity issue. When preparing your peppers for cooking, you can either remove them from the peppers or filter them out of the finished dish, such as a soup or sauce.

Bell pepper seeds are edible, but they can be somewhat bitter. Most of the capsaicin in hot pepper is found in the bell pepper’s white membrane known as the placenta.

Raw or cooked, bell peppers are a delectable vegetable. They can be sauteed, stewed, or stir-fried, but the easiest method is to slice them and consume them that way. Grilling or stuffing and roasting them is also a great way to enjoy them.

Bell peppers are available in a wide range of hues, including red, green, yellow, orange, purple, dark brown, cream, and various textures. While green and purple bell peppers are slightly bitter and grassier tasting, red, yellow, and orange peppers have a sweet and almost fruity flavor.

It’s best to wash the pepper under cool water and then cut it in half lengthwise. Carving out and discarding the stem will reveal a cross-section of pale membranes and seeds. Although both the membranes and the seeds can be eaten, the seeds are frequently discarded since they are bitter.

Can You Eat the White Part of a Bell Pepper?

We now know that capsaicin is concentrated in the pale membrane that joins the pepper’s seeds to the pepper’s cell walls. Therefore, remove the white membrane of the pepper and discard it if you want to reduce the intensity of your chili.

Depending on personal desire, the soft membranes can be left on or removed. Next, cut the bell pepper into preferred shapes and either eat them as is or add them to the cuisine of your choice after washing and chopping away the portions you don’t want to eat.

If all your cookbooks are more than a few decades old, you may not know that pepper seeds alone won’t make your chili any spicier. In the past, many believed that the seeds were responsible for the pepper’s spiciness.

To reduce the heat of hot pepper, many classic recipes instructed cooks to remove the seeds. This is because the seed kernel was thought to be the most potent source of capsaicin.

Pepper seeds contain a small amount of capsaicin, which can cause a mild tingling sensation if you consume one on its own. However, the heat level is relatively low. However, the white membrane found inside peppers, like bell peppers, is unmatched.

There is no scientific evidence to support the claim that pepper seeds are a source of capsaicin. However, you should remove the membrane even when preparing mild peppers such as bell peppers, as they can be bitter and have a cottony texture.

Can You Eat the Whole Bell Pepper?

As a vegetable, bell peppers are among the most adaptable in the grocery store. Bell peppers can be eaten raw, although most people prefer to remove the seeds and membranes before eating them.

When you go shopping, think about getting a variety of colors of bell peppers. Different types of phytonutrients can be found in fruits and vegetables of different colors. Antioxidants found in rainbow-colored veggies and fruits can assist in the battle against several chronic diseases.