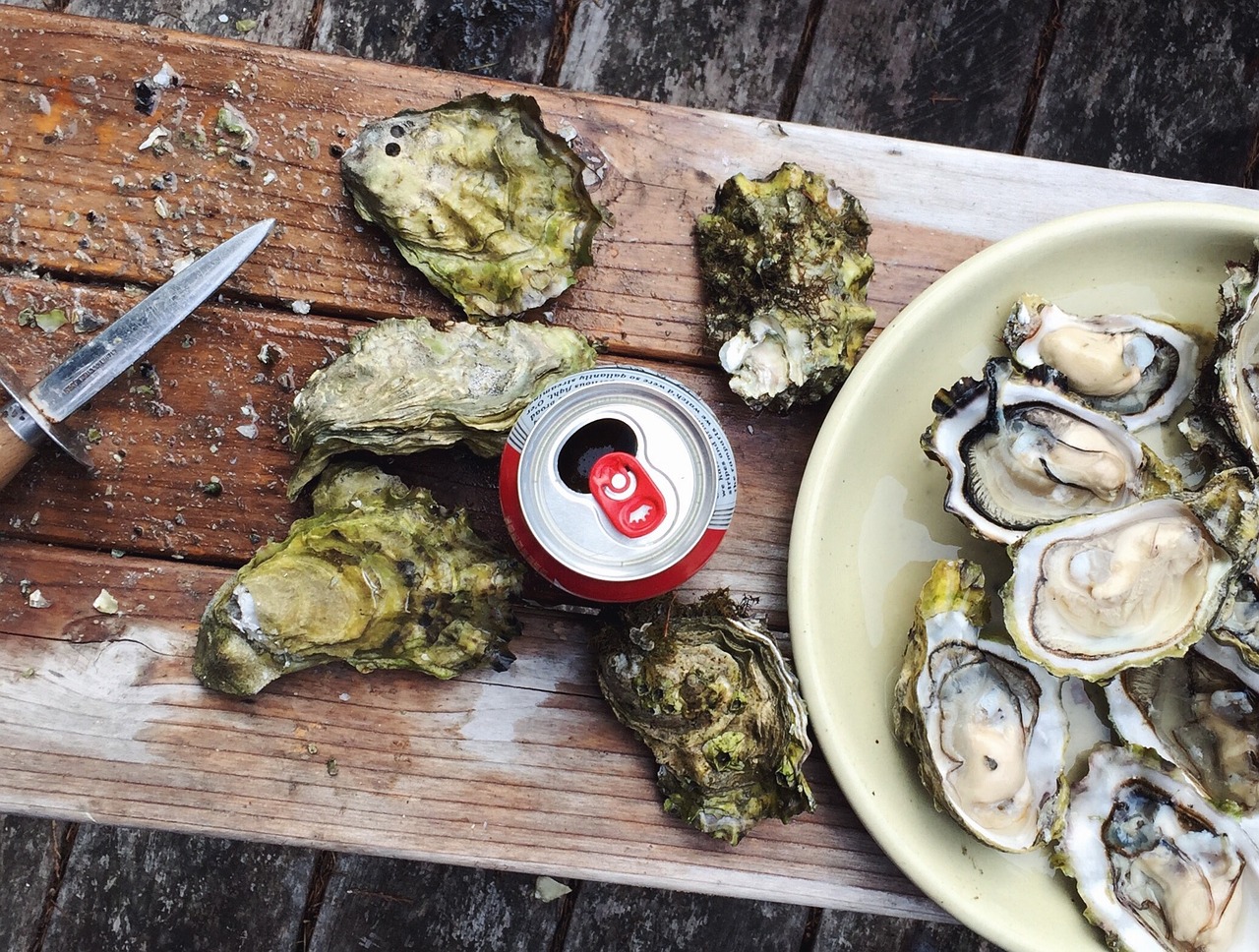 How to open oysters easily? If it is your first time to eat oysters or if you want to know the different ways to open the oyster’s shell, you’re in luck. Today’s article is all about shucking oysters the professional way – and the professional ways of doing this are easy!

What Is the Easiest Way to Open Oysters?

How to open oysters? Opening an oyster (or shucking an oyster) is best done just before consuming the oyster. Leaving an oyster shucked for a prolonged period can be problematic, as room temperature often triggers the invasive growth of bacteria not just in seafood but in all kinds of food.

Exposing oysters to room temperature and room air for a long time is inviting health problems.

For now, let’s assume that you have an oyster knife. How exactly do you use it to get a clean cut of the oyster?

Keep in mind that oysters are typically served fresh, as they are more flavorful that way. The new oyster season begins in September and ends around April.

How Do You Open an Oyster Without an Oyster Knife?

How to open oysters without an oyster knife? Not everyone has an oyster knife at home. Can you open an oyster with other knives? While it’s not ideal, the answer is yes; you can open an oyster with other knives. But there are some catches. Oyster knives aren’t truly meant to cut through surfaces. They are more of levers more than anything else. They help pry away the shell without breaking. So that’s the first thing on our mind when people try using other knives. Flimsier knives may break and may pose a risk of injury. If you are going to use another knife, we recommend thicker and tougher knives with dull edges, like the butter knife, for two reasons.

The first reason is with a dull-edged knife; you won’t end up cutting yourself accidentally. This is very important when you’re just learning how to shuck oysters. As we’ve outlined earlier, the second consideration is the blade of the knife shouldn’t break. Some oysters are tough, and they can break knives if you bend a knife the wrong way. On the other hand, Butter knives aren’t meant to bend so that they will resist the natural toughness of the oyster shell much more easily than other knives.

Can You Shuck an Oyster with A Butter Knife?

You can shuck an oyster with a butter knife. The butter knife is the safer choice if there isn’t an oyster knife available at home. As we have discussed earlier, using a thin knife may cause injury should something happen to the blade while you’re shucking the oyster.

How to open oysters with a butter knife?

Below are some tips for opening an oyster with a butter knife:

Can You Open Oysters with Heat?

How to open an oyster shell? Another method for opening an oyster without any knife is heated. This is probably how our ancestors used fire first to enjoy seafood. Keep in mind that oysters should be reactive to touch and physical presence. An oyster that doesn’t close when you touch or bump it is likely already dead. Don’t eat dead oysters. Throw these out at once.

Now for the fun part: using heat to open oysters. Like humans, oysters will react to the presence of heat, and the most primordial reaction would be to open and close the top shell. There are several ways to do this. Some people like dousing oysters in boiling water with a pair of tongs.

The second method is holding an oyster over a stove. Turn the heat up and hold the oyster over the fire until it pops open. You can also use a barbecue, or if you have a Korean grill at home, you can also use that for opening oysters with heat.

Can Avocado Oil Be Used for Baking?

How Hot Can Ceramic Plates Get