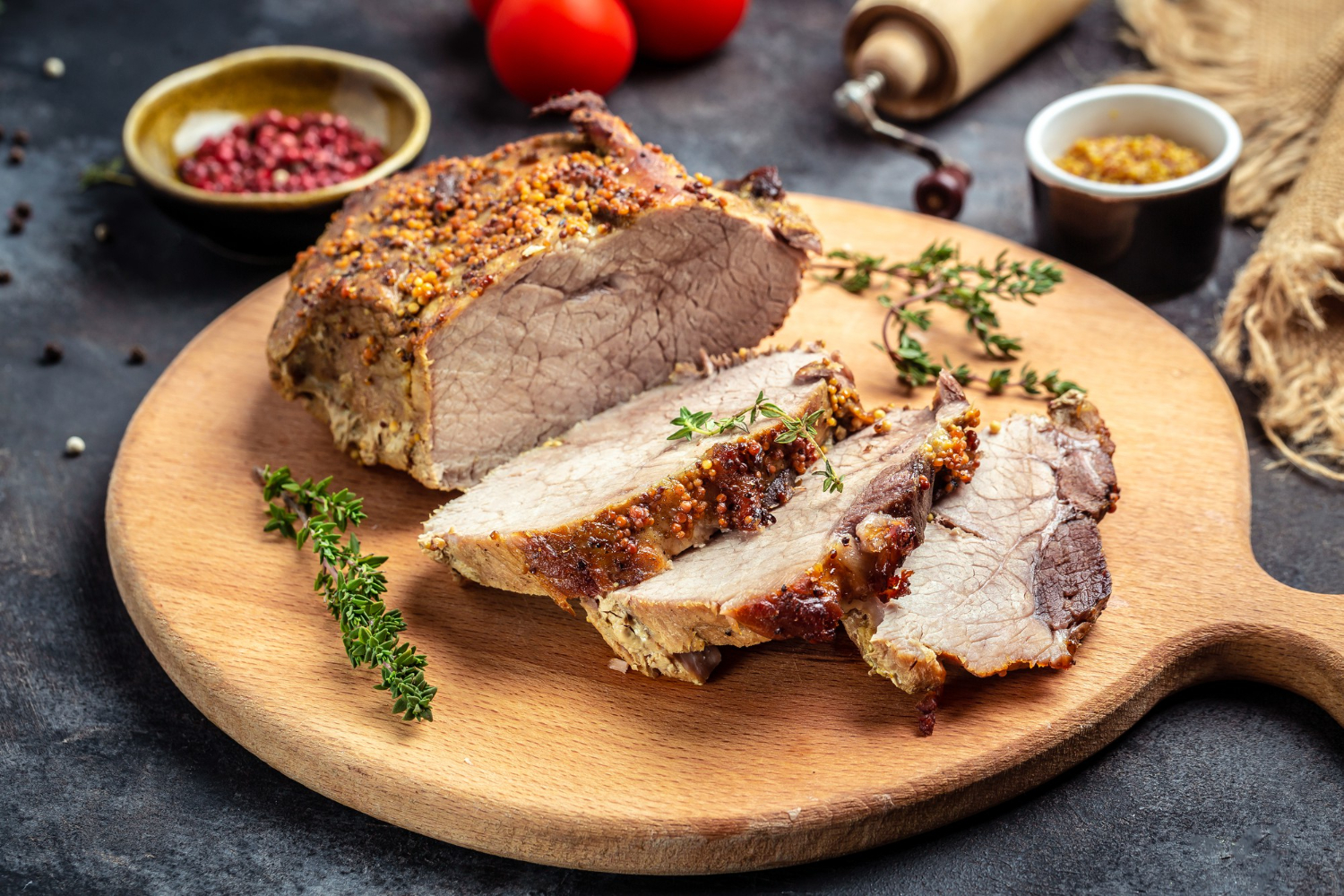 When cooking meat in the United States, the two most popular methods are chops and pulls. Even though they sound similar, they are vastly different. When you roast a whole hog or pig until the meat is tender enough to pull off chunks with your hands, you have achieved the texture of pulled meat. Rather than being mashed into hamburger meat, chopped meat is typically created from a shoulder roast or picnic cut that has been sliced up into large pieces rather than ground into hamburger meat.

What is Chopped Meat?

Chopped meat is a typical meal in the American South, particularly in the Deep South. Water, saltpeter (potassium nitrate), black pepper, bay leaves, sugar, onion powder, garlic powder, and cayenne pepper are added to a saucepan of boiling meat shoulder or butt and occasionally country ham. Afterward, when the meat has finished cooking, it is finely chopped.

When you’re putting together a dish with sauce and other ingredients, chopped BBQ is a terrific addition. You may wish to incorporate additional components into the recipe, and you will create a complete meal that meets your needs. In addition, someone who uses chopped BBQ will obtain the smoky flavor in a form that they can use at any other time in the kitchen without having to cook it.

A variety of seasonings and spices can be used to create a tasty sauce for the meat, and there are many different varieties to choose from. The use of soy sauce or Worcestershire for Asian-inspired dishes, beer, and brown sugar for a German-style meal, vinegar and tomato paste for Creole cuisine and ketchup seasoned with spices such as mustard seeds and allspice are all popular additions.

Chopped meat is a dish that may be prepared in under 10 minutes by a housewife. It’s straightforward yet delicious. Likewise, chopped BBQ is a delicious dinner that can be enjoyed at any time of day. With so many various types of sides to select from, it’s impossible to go wrong. 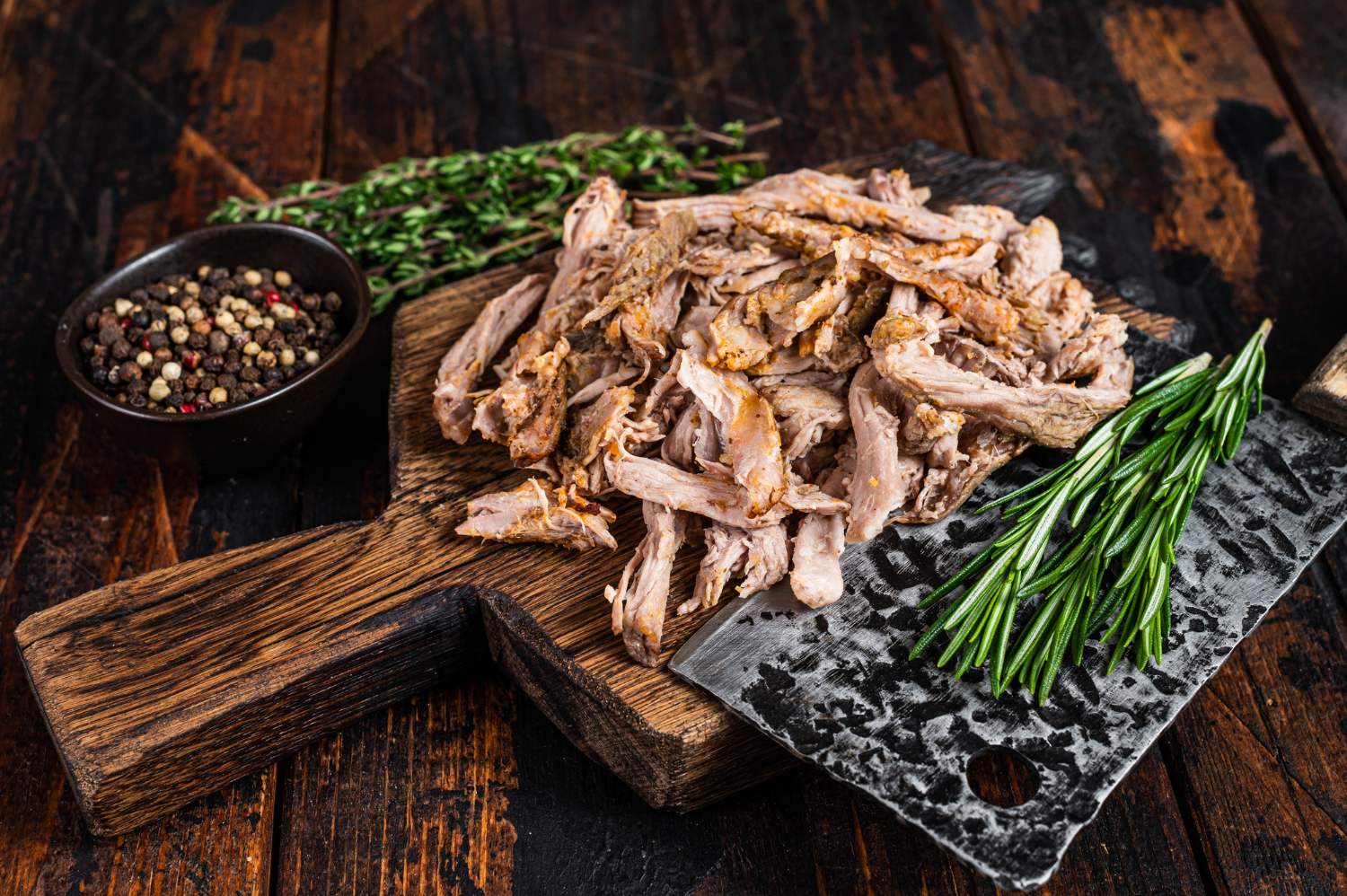 What is Pulled Meat?

Pulled meat is a popular meal in many parts of the United States, particularly in the South. A complete piece of meat shoulder is often used, seasoned, and slow-cooked until it is soft enough to “tear” from the bone when done right. In some situations, such as when using a Boston Butt or a picnic roast, additional spices may be used to enhance the dish’s flavor. When your BBQ meat has been cooked to the point where it is falling off the bone, it is time to pull it.

The fact is that many people will be able to accomplish this just by smoking the meat all day, and many others will appreciate the manner that the barbecue meat will be used after it has been prepared. Salads, sandwiches, and other dishes can be made with it, or they can be combined with the sauce they have previously made.

Pulled meat is a dish that is often made from meat and consists of shredded or pulled meat that has been cooked. Pulled meat can be used in various ways, including sandwiches, barbeque, burritos, tacos, pizza toppings, and any other dish that the chef desires.

The phrase “pulled” refers to a meal prepared using slow-cooking procedures for the tough connective tissue. This is done to break down and become tender enough to be readily “pulled” away from the bone during the cooking process.

To summarize, the only thing you need to know is what kind of food you want to make. For something quick and easy, chop the meat. For something with a more seasoned flavor and tenderness from slow cooking, pull the meat.

Chopped meat and pulled meat are two types of dishes that have been around for hundreds of years. However, there is a great difference about whether one tastes better. Some people believe that pulled meat has a superior taste because it is more flavorful. In contrast, chopped meat may be dryer and have less flavor.

Known as country-style ribs or shoulder clod, chopped meat is typically used to construct barbecue sandwiches because it allows you to pick up the sandwich easily with your hands. However, even though they are two different recipes, pulled meat and chopped meat are both produced from the same cut of meat. Pulled meat is a butt roast that has been cooked until it is tender and can be torn apart in shreds with your hands.

Still, it is more likely to incorporate additional spices such as salt and pepper to enhance the taste. Whether you’re on Team Pulled or Team Chopped: both dishes are lovely, no matter which you choose!

Pulled BBQ is a dish made from roasted, shredded meat from a pig served over rice. In most cases, it is prepared from the shoulder or butt region of the animal, but it can also be created from other pieces of meat, such as ham if desired. Pulled meat is most typically linked with barbecue in the Southern United States and Western North Carolina, particularly popular.

The meal is commonly prepared with a dry rub that contains seasonings such as salt and pepper and other ingredients such as brown sugar, cayenne pepper, onion powder, garlic powder, paprika, or crushed mustard seed, among others. Allspice can be used to replace some or all of the black pepper called for in recipes. It can also be blended with cinnamon to create an apple pie spice mix that has grown famous among many barbecue enthusiasts across the United States.