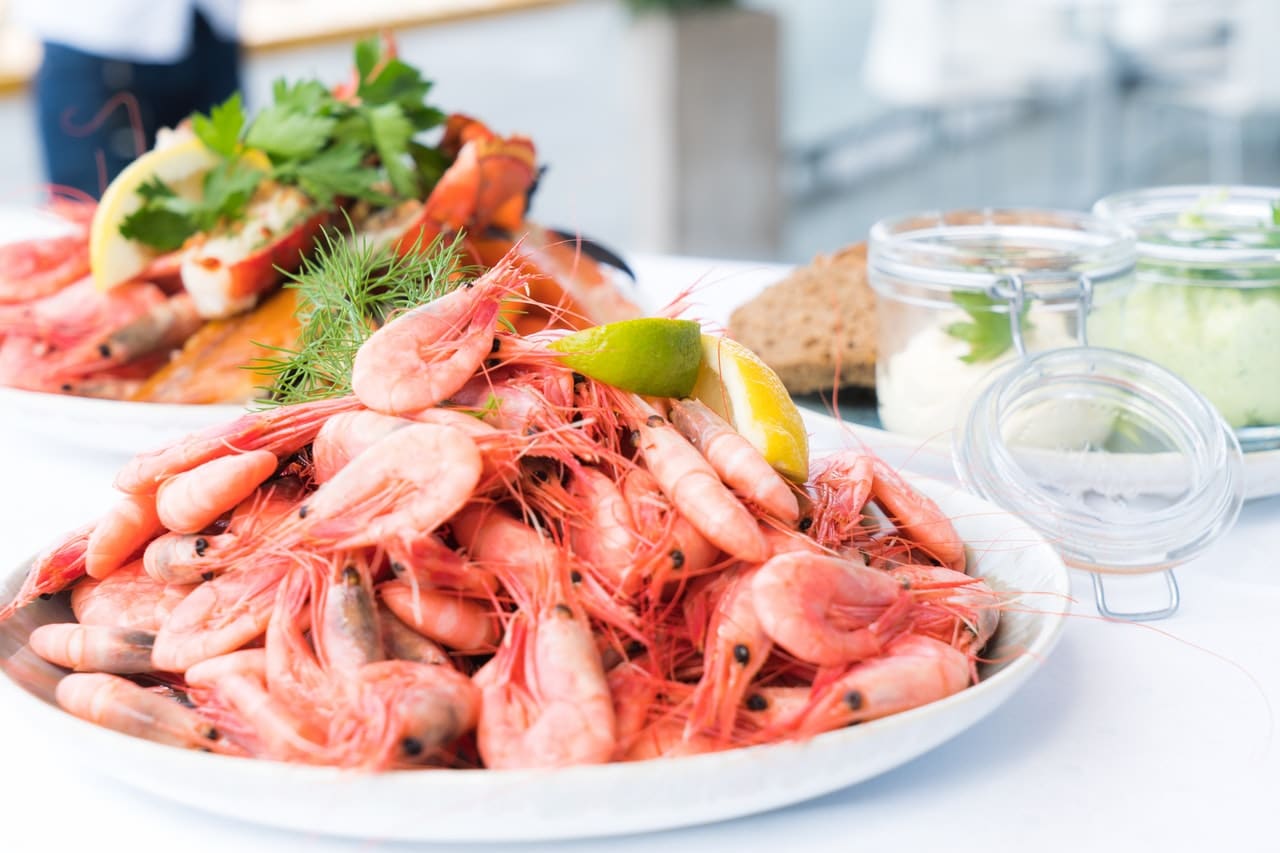 How to Steam Shrimp with the Shells On

Using a steamer is the most straightforward way to prepare shrimp. It is tough to season shrimp even after they have been thawed out, so we recommend putting the bulk of your seasoning after you have steamed them. Place your shrimp in the steamer basket and steam them for about six minutes. This applies to batches of sixteen to twenty shrimps at a time. We do not recommend steaming more than this quantity unless you have a huge steamer at home (the kind that they use in restaurants). Crowding the shrimps in a small steamer basket might mean some of them will be undercooked.

Some people don’t mind preparing their shrimp frozen, because they thaw out so quickly it doesn’t matter. But for those who follow the principle of always thawing out meat and seafood before preparation, you can put your shrimp in small zip lock bags and placing them in water. Unless you have several kilograms of shrimp in the bag, it shouldn’t take long to thaw at all. Thawing time in the water will take about thirty minutes, give or take. The important thing here is that you prepare the shrimp quickly after thawing because raw seafood at room temperature isn’t the ideal setup. Seafood has been known to develop bacteria rapidly at room temperature.

Can you steam shrimp even without a steamer?

Yes, this is possible. The second-best option for cooking shrimp is by boiling them. However, you need to be careful with boiling because it is easy to overcook shrimp, and if you overcook them, you will end up with a rubbery batch of shrimp. You have two options: boil the shrimp and then season, or season the shrimp as you cook it with a marinade. A marinade can be as simple as garlic and light soy sauce. Shrimps are already flavorful as they are, so even a small amount of seasoning goes a long way. People who have been working with shrimp for a long time will attest to this.

If you have never prepared shrimp before, here are the steps: