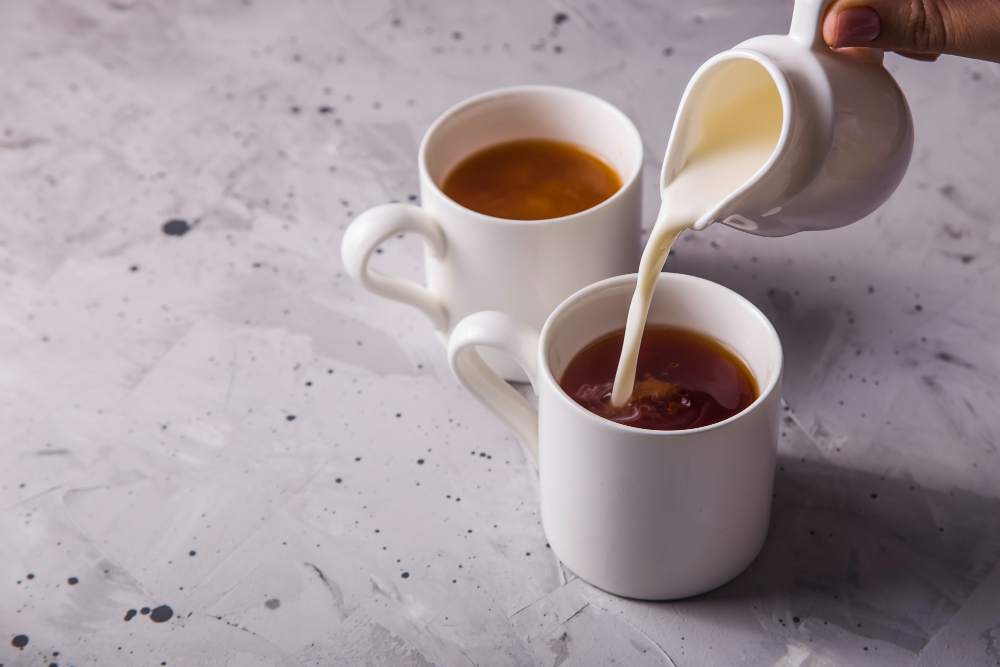 Milk has long been recognized as among the most common ingredients in various delectable meals worldwide. However, if you are allergic to dairy, coffee creamer is an excellent replacement. It might also be a good idea to explore – can you use coffee creamer instead of heavy cream?

If the dairy is a baking liquid, substitution is not an issue. Coffee creamer can be utilized as a milk substitute in sauces and other creamy meals. Avoid sweetened or flavored creamers in savory dishes since they affect the flavor and texture.

Because it contains extra additional sugar, coffee creamer is generally sweeter than ordinary milk. Furthermore, many producers may blend these substances with fillers, such as vanilla extract, to diversity the flavors.

They mainly come in the form of refrigerated drinks or coffee granules. The only distinction between these coffee creamer varieties is how they are stored.

Powdered coffee creamer is an excellent substitute if you don’t have dry milk, and a recipe calls for it. It has a milk-like taste, and some people prefer it to dry milk for baking or cooking since it is creamier.

Use nonfat dried milk as a coffee creamer. Dry milk doesn’t have to be blended with water before usage; use it as is. You may use as much fat-free as you like. Coffee creamers containing questionable chemicals, such as high fructose corn syrup, will taste just as good in your coffee.

Is Coffee Creamer the Same as Milk?

Coffee creamer is available in liquid or powdered and may be found in most grocery stores. Coffee creamer is typically a dairy-free substitute added to coffee; creamer, unlike milk, is not intended to be consumed on its own.

Milk powder has an easy-to-remember name: it’s simply fresh milk in dry powder. Because milk powder is created by eliminating water, milk solids usually are reconstituted when water is added.

Coffee creamer is typically highly processed and high in added sugar. Although the contents vary by brand, most coffee creamers are sugar, water, and vegetable oil.

Milk powder provides the same nutritious components as fresh milk, with nutrients to compensate those who lost it during the dehydration process. On the other hand, coffee creamer necessitates a significant amount of processing and components to produce.

As the name implies, coffee creamer is intended solely as a coffee adornment. On the other hand, milk powder can be added to coffee, baked goods, cereal, and other cooking dishes. Coffee creamer can also be mixed with water and consumed on its own.

The distinct components vary by brand, but water, sugar, and vegetable oil are essential constituents. Many of them also include casein, a glycoprotein derived from milk. This coffee creamer example demonstrates that the ingredient list can be expanded further.

The most excellent part about coffee creamer is that it is a non-dairy product ideal for lactose-intolerant people. Aside from that these edible powders that can be mixed into coffee, these products share the following characteristics:

Can I Make Creamer into Milk?

In the culinary world, the skill of substitution is fickle. Most of the time, switching coffee creamer for milk in a recipe isn’t a problem, but a simple thing is required in some cases.

Milk is used for a variety of dishes for a variety of reasons. It is used as a fluid to bind components in baking. It can be used as the primary liquid in a container to make a creamy, rich dish, or it can be used sparingly at the end to reduce it. Identify the purpose of the milk in your specific recipe to see if coffee creamer can be used in place of it.

Coffee creamer can also be substituted for milk in custards and other luscious dishes. This is done frequently for various purposes, such as preparing a kosher Thanksgiving spread. However, it should be noted that it can affect taste and texture, therefore avoid using sweetened or flavored creamers in savory foods.

In most recipes, substituting coffee creamer for milk has little effect on the final product. For instance, if you’re cooking the white gravy and would like to try a non-dairy version, use coffee creamer. Likewise, substitution is not an issue if the dairy is a baking liquid.

Can You Use Coffee Creamer in Baking?

Incorporating creamer into your best recipes is a terrific way to introduce flavor into your favorite foods. Coffee creamer may completely transform the flavor character of everything from waffles and coffee cake to icings, pies, cakes, and ice creams.

Non-dairy creamer, often known as coffee creamer, is a milk or cream alternative typically used to flavor coffee and tea. These creamers are created from various ingredients, but the majority of the conventional or well-known brands contain the protein-rich dairy derivative casein in the presence of sodium caseinate.

There are different types of coffee creamer available that you may combine to create entirely new concoctions. For example, basic coffee cake is transformed into chocolate ganache, mint ganache, cookie icing, almond joy coffee cake, and flavors such as peppermint mocha or pumpkin spice.

How to Choose the Best Red Wine for Cooking?

Can You Use Plates In Microwave Convection Oven