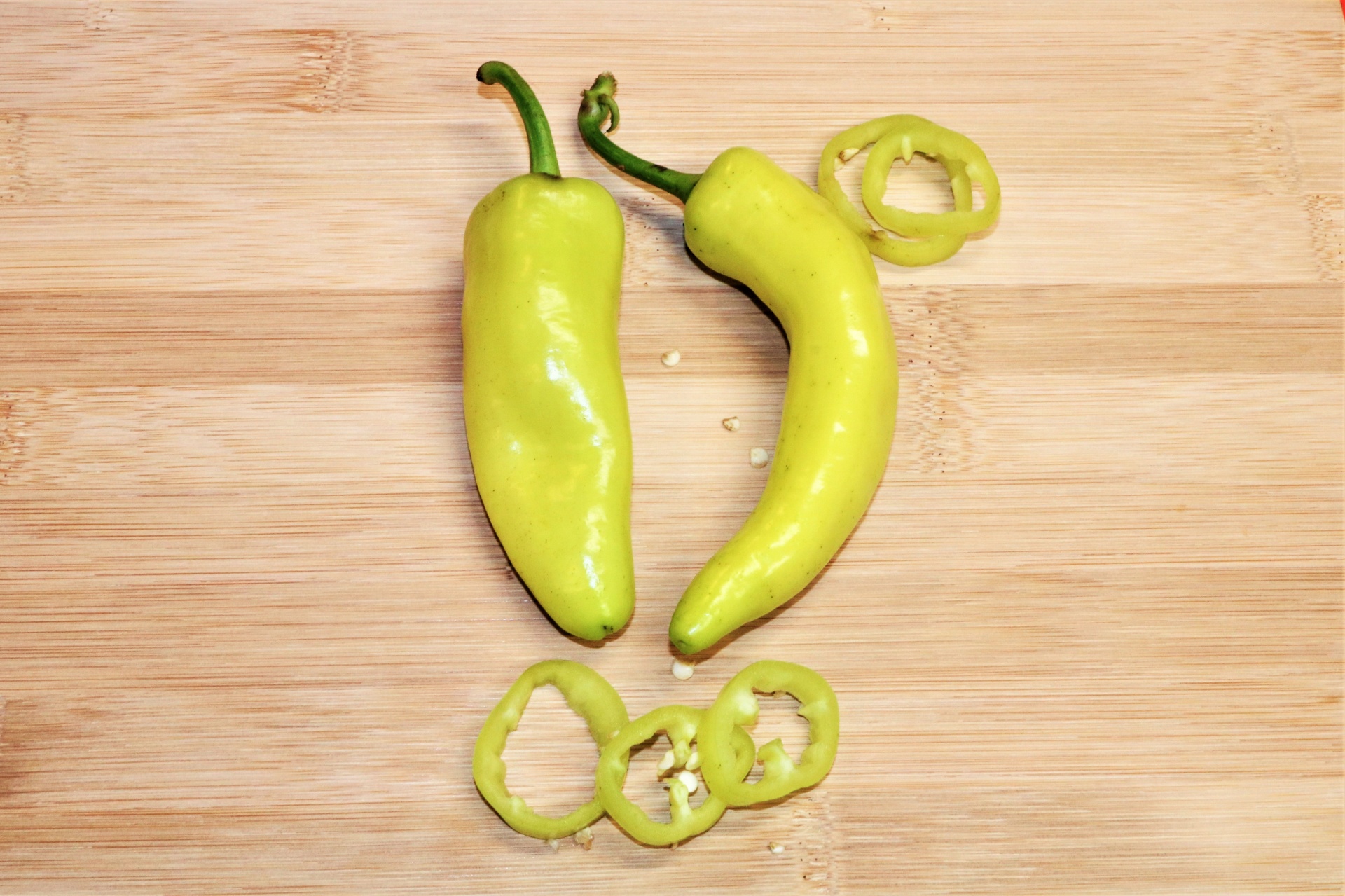 In a pinch, yes, you can drink banana pepper juice. There’s nothing wrong with consuming the brine that comes with packed banana peppers, and you can even use these for cooking if you wish. Some people think that it might be poisonous, but if we think about it carefully, if banana peppers’ brine is toxic, wouldn’t that make the pepper deadly, too?

That’s a big pickle if you ask us! So, if you are feeling adventurous and you want to add more punch to your recipes, then, by all means, use the juice that comes with canned or jarred banana peppers. The big difference between the juice of canned or packed banana peppers is these are not purely just water and salt.

There is another similar juice called pepperoncini, which is juice from pepperoncini peppers. Banana peppers are often mixed with Italian pepperoncini mainly because it’s tough to differentiate them once they become fermented or pickled. However, remember that it’s not called pickle juice because pickle juice comes from the preservation and subsequent fermentation of pickling cucumbers and not banana peppers or any other kind of pepper.

The uses for pepperoncini juice are the same used for the juice of jalapeno peppers and banana peppers.

Banana peppers are not poisonous, and they’re a part of a healthy diet.

Peppers, which range in heat from mild to hot and come in various sizes, can be used in multiple cuisines or eaten raw as a snack. The Capsicum annuum species comprises several notable pepper cultivars, including the banana pepper, one of the most popular.

Banana peppers, commonly seen at sandwich shops and salad bars, carry a taste punch without being as fiery as other pepper varieties. Banana peppers get their name from their oblong form and yellow hue, which resembles bananas. These peppers, however, can turn different shades as they ripen, such as orange or red. Banana peppers are filling despite being low in calories, thanks to their high fiber content.

Banana peppers are also high in critical nutrients, such as vitamins and minerals.

Here are some of the most important health advantages of banana peppers:

What Is Banana Pepper Juice Good For?

Banana pepper juice is a pickle brine similar to the brine used to make pickled cucumbers, also known as pickle juice. Banana pepper juice is essentially vinegar, but it’s been infused with juices from the peppers, salt, and any additional ingredients used in the pickling process. Pickling banana peppers in brine results in a highly acidic and delicious liquid.

Many people throw away banana pepper juice after they’ve used the last of the peppers. Still, they’re missing out on a flexible and beneficial flavor that can add zest to various dishes.

Banana pepper juice is ideal for marinating different types of meat because it is mainly vinegar. Vinegar is an old meat preparation ingredient, and the fact that vinegar adds great flavors and softens the meat fibers is why it has been so popular for millennia. The acid begins to break down meat in the same way as your stomach acids break down food. Consider its meat that has been somewhat pre-digested. The meat is slightly more tender as a result of the vinegar than it would be without.

Banana pepper juice doesn’t contribute a lot of flavor to meat, but it provides a faint background note that works well with other seasonings. A marinade aims to keep the meat from drying out; banana pepper juice will give water to a meal without diluting the taste. Before you cook it, banana pepper juice may contain a little heat, but it’s unlikely that any of it will remain in your meal afterward.

Another advantage of using banana pepper juice to marinate meat is that it makes it safer to eat—the acidity aids in the killing of microorganisms that can cause food deterioration and disease.

Acidity can help lessen the bitterness of some raw veggies while also making them more digestible. This is why vinegar-based salad dressings have their category. BanaFor example, banana pepper juice gives all of  Along with the vinegar’s acidity; banana pepper juice adds salt and pepper flavor and a hint of fire.

Banana pepper juice, garlic, and olive oil can be combined to make a basic vinaigrette. Shake until the two ingredients are well incorporated.

Acidity is a crucial aspect of the flavor profile of classic barbecue sauces, which is why vinegar appears in most sauce and mop recipes in some form or another. The mop is a word for the basting sauce if you’re not a barbecue fan. For grilled and smoked meats, banana pepper juice can be used in apple cider vinegar or any other source of acidity.

A pickleback is a shot of brine that you take after your shot of whiskey. Although pickle juice is the typical choice, banana pepper juice can also be used.

What Do Banana Peppers Taste Good With?

Banana peppers work well with a variety of recipes, from soups to fried food. Many people also use banana peppers for stuffed pepper recipes, as they have almost no heat and are more of a vegetable than a chili taken or cooked for its heat or spice. So, if you want the subtle flavors of peppers but do not want the heat, banana peppers are an excellent way to start your journey to appreciating peppers more.