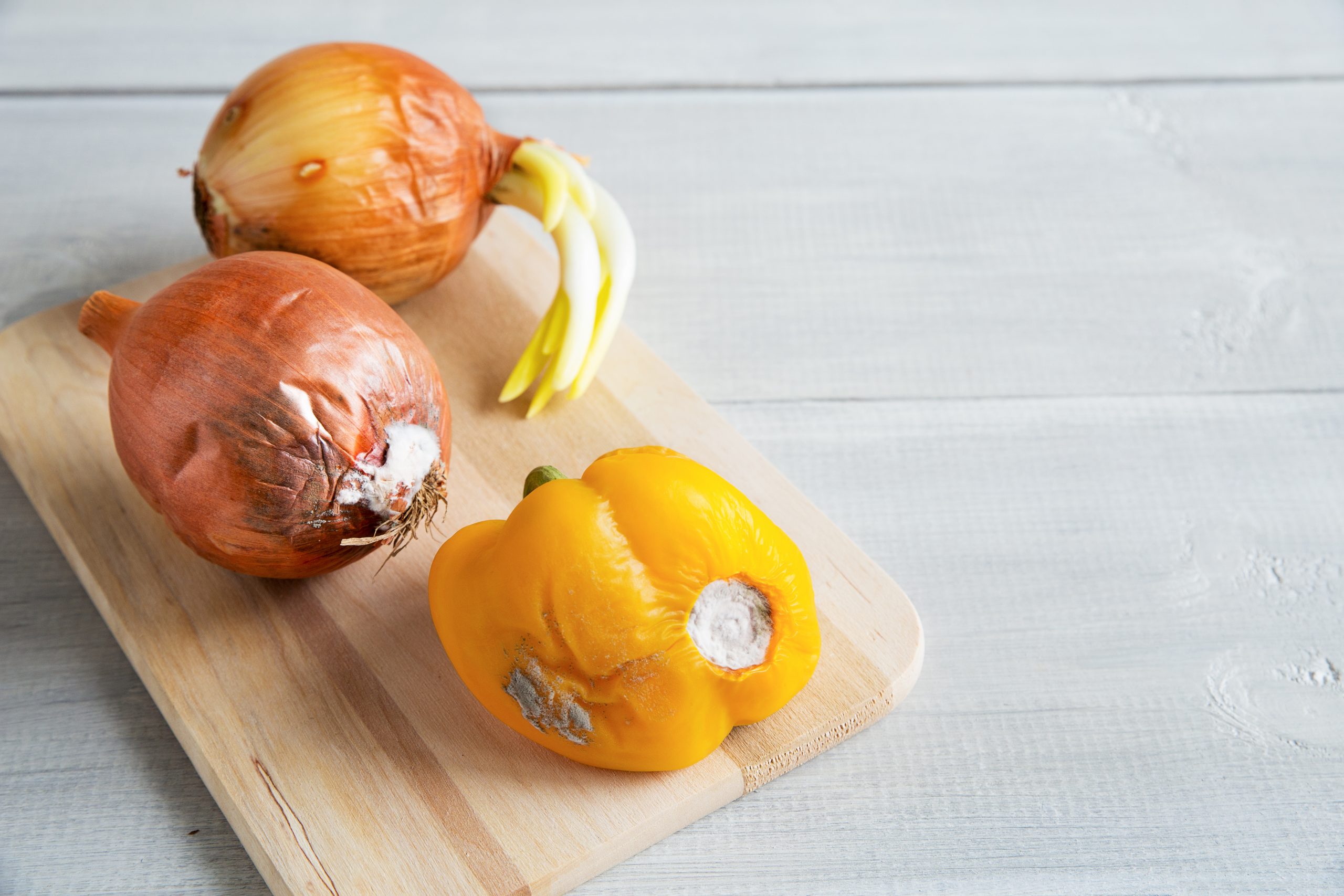 Can You Use Bell Pepper With Mold

After they soften, bell peppers begin to slime, and mold begins to grow. Soon after. All that’s left is to remove the mold patches by cutting around them.

Vitamins and antioxidants abound in bell peppers, including vitamin C and a variety of carotenoids. These benefits include better eye health and a lower risk for chronic diseases like diabetes and heart disease.

You’d be better off knowing about how to store, preserve, and avoid spoiling bell peppers. Preventing foodborne disease is as simple as following good hygiene and food safety practices.

Whichever color you choose, go for firm peppers. When peppers get older, they often develop wrinkles and develop a softer texture to their skin. Although these peppers can still be used in cooking, eating them raw is not recommended.

Store peppers whole in the refrigerator’s vegetable bin to increase their shelf life. Once the pepper is chopped, store it in a plastic bag for up to a few days before using it up.

Chopped peppers can be kept inside the freezer for up to a year. To prevent them from forming a ball, place the chopped peppers on a cookie sheet, then freeze the sheet for a few minutes before transferring the peppers to a freezer-safe bag.

Why Are My Bell Peppers Molding?

Blossom end rot disease, which affects bell peppers while they are still on the vine, can cause them to mold. A mushy, rotting lesion on the blossom end of the plant indicates this disease.

To grow properly, bell peppers need full sun and well-drained soil. This plant’s fruits have a mild flavor and can be green to yellow to orange to red.

Bell peppers can be used in a broad range of dishes or eaten right off the plant, crisp and fresh. Unfortunately, pepper plants are susceptible to many pests and illnesses, with fungal infections being the most common culprit.

It might be disappointing for a gardener who has been patiently waiting for weeks for his peppers to mature when the bottom rots. However, pepper blossom end rot is usually the main culprit.

Blossom end rot in pepper flowers can be passed on to the fruit. The blossom end of the fruit develops soft places where mold and decay might occur. When it strikes, it’s typically the start of the season.

Pepper blossom end rot is caused simply by a calcium deficiency in the pepper plant. Because of the collapsing cell walls, the pepper’s bottom starts to rot when it’s deficient in calcium or grows too quickly for the plant to supply enough.

Pepper blossom end rot is most often caused by a calcium deficit in the plant:

How Do You Know If a Bell Pepper Has Gone Bad?

When it comes to spoiling, bell peppers and other vegetables like tomatoes and leeks are very comparable. Don’t eat any bell peppers that feel mushy or have prominent sunken places when you touch them.

Mold and other deterioration forms are a clear indication that your bell peppers dried out and are no longer usable. You can slice out small pieces of rotten or broken flesh to separate the edible part.

If you’re concerned about your bell peppers deteriorating, make sure you check them frequently. Fortunately, as peppers start to go bad, they emit distinct tell-tale smells and flavors.

When Should You Not Use Bell Peppers?

Bell peppers give a pop of color and flavor to every dish they’re added to. A little knowledge about determining whether bell peppers are bad can save you a lot of stress.