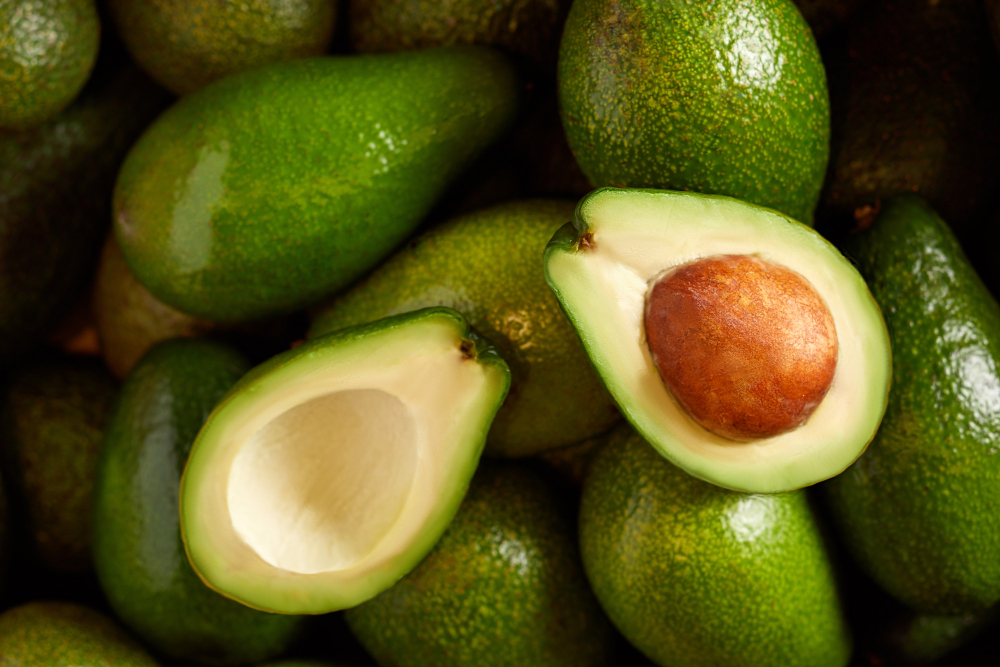 Avocados in Jamaica are referred to as Jamaican pears, and they are often served halved and consumed as a side dish, similar to the way tomatoes are served. So in the debate between avocado vs. pear: are they the same, you can infer that this regional fruit was known through its international name.

Florida is home to 56 varieties, which you may only be familiar with if you’ve been to a grocery store or restaurant serving avocados. In many cases, hybrids result from crossing two different species of plants during the breeding process.

Mexico, Central America, and South America are home to the pear, sometimes known as the Jamaican pear or avocado. The pear is a common name for this fruit. Around the beginning of the 16th century, it is widely believed that it first arrived on the island.

All around this island, avocado trees may be found growing and producing avocados. Humans may have planted some seeds, but most of the planting was likely done by nature.

It’s a fruit that may be found in Jamaica, and each of these names refers to the same thing. It has long been known as “pear,” but among the more enlightened members of society, the word “avocado” is gaining popularity.

Is Jamaican Pear the Same as Avocado?

As mentioned earlier, Jamaican pear is internationally recognized as avocado. Therefore, we can infer that they are the same fruit—only that Jamaican pear is focused on the native avocados growing in their area.

Avocados have several breeds—which are named according to the area or region they are widely cultivated. So in the (not uncommon case) of Jamaican pears—it is simple to pinpoint that these avocado breeds do indeed grow in Jamaica.

It is common for people in Jamaica to eat “pears” with bread, tough dough bread, and other dishes like bullas and vegetable salads. Jamaican pears, bread, and bulla give the dish a cheesy or buttery texture.

Avocado Pear is gaining in popularity among those with more educational backgrounds, while the term “pear” is more commonly used by the general public. “Alligator Pear” refers to a particular variety of this fruit with a long neck and crooked shape, similar to some gourds. It is so named because of this.

All around this island, avocado trees may be found growing and producing avocados. Humans may have planted some seeds, but most of the planting was likely done by nature. The Jamaican avocado harvest lasts from the middle of July until the middle of December.

Irishman Hans Sloane is credited with coining the term “avocado” in the early 1900s. Then in 1696, he gave Jamaica a botanical catalog—individuals used to refer to it as an “alligator pear” before that period.

Due to its high content of soluble fats, fiber, minerals, enzymes, antioxidants, and sterols, avocado provides several health benefits. For example, eating an avocado daily will improve your digestive system and cardiovascular health, protect your liver from disease, and keep your weight in check.

Additionally, the fruit’s high lutein concentration aids in the preservation of healthy eyesight. As a salad ingredient, as a side dish for almost any meal (especially in Jamaica), in guacamole, on toasted bread, or as a component in the famous Jamaican dish “bulla and pear,” it is a versatile ingredient. There are countless other ways to enjoy it; these are just a few examples.

The size of the avocados grown in Jamaica is noteworthy. When we find one, we eat it almost immediately, or within a few days at the most, after picking it up off the tree.

What Do They Call Pear in Jamaica?

In Jamaica, since the international avocado is called pear—you may wonder what they call pear. They call the pear fruit “Asian Pear” since this fruit originates from Asian countries.

Another thing to discover is that Jamaica doesn’t have Asian pears in its market. So it will be surprising for them to know that there is an actual pear that is way too different from their deemed “Jamaican pear” (which is an avocado).

Its ivory to white flesh is crisp, watery, and somewhat gritty beneath the skin with a central fibrous core holding several minutes of black-brown seeds. This is the edible part. Pears from Asia have a distinctive scent, a sweet-tart flavor, and a low acidity.

Once selected, Asian pears retain firm firmness and will not soften while stored in the refrigerator. As soon as they’re picked, the fruit is ready to eat because it’s been let to mature on the tree.

Is Pear Fruit the Same as Avocado?

Because of their similar shapes, avocado and pear share the name “pear.” Pear belongs to the Rosaceae family, while avocado is in the Lauraceae family, higher up the classification ladder.

As you can see, avocados are a concentrated supply of healthy fats and fiber, as well as a variety of vitamins and minerals, making them an excellent source of nutrition. In addition, they’re packed with nutrients that many people don’t get enough of, such as magnesium, vitamins B6, C, and E, and folate, which are all critical for health.

There are two types of fruits: the pear, which has an apple-like shape and is somewhat more oval, and avocados, which have a yellowish-green tint and are pulpy.

In fact, overweight adults who ate avocado for breakfast had better blood flow, affecting things like their blood pressure. They also observed that those who ate the regular meal had higher post-meal blood sugar and fat levels than those who ate the better meal.

The pear tree’s edible fruit resembles an apple but is longer toward the stem—fruit from the avocado tree is big and usually yellowish-green or black. A large pear it’s also known as an avocado pear, an alligator pear, and a midshipman’s butter for its buttery texture.