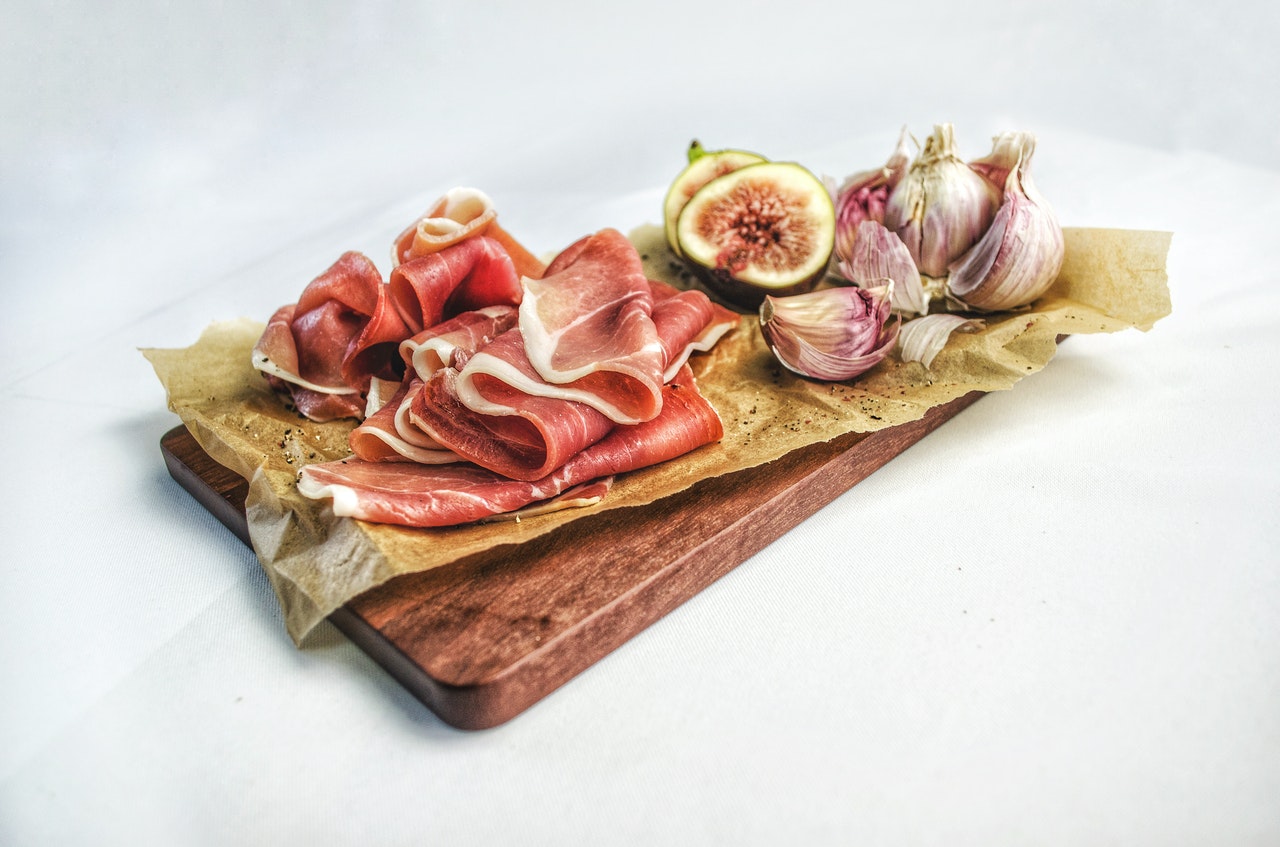 Ever wondered about the calories in ham? Knowing how many calories in ham are present each time you eat a slice can help you balance your calories and improve your meal plan, especially if you want to lose weight this year.

How is Ham Made?

Pork ham is traditionally made from the leg of a hog/pig. It is normally dry-cured and, in some instances, smoked. Pork ham can be produced using a variety of methods, and it refers not just to the larger, whole presentations of the processed hog leg but also the smaller slices that are packed commercially.

Each international region has its take on the ham, and its name changes as you move towards Europe. In Spain, they call it Jamon while in Europe (in general); the name is prosciutto di Parma. In the United States, the name Smithfield ham is familiar with many, many people living here.

Curing pork leg is an ancient art, and it has been estimated (based on writings) that the method has been around as early as 160 BC. In the Eastern regions, it also appears that the Chinese also developed a method of curing pork leg that produced similar results around the fifteenth century.

Curing pork leg with salt is essentially a preservation process, which is why it caught on, and the method was easily passed down from generation to generation. Scientifically, ham is called a “compound foodstuff” because the ingredients used for its preservation are retained and are also consumed alongside the main component of the preservation process.

Uncured ham normally has a different flavor and appearance compared to cured ham. It will have a much lighter color (because it wasn’t brined) and a largely milder flavor compared to cured ham. Some uncured hams are smoked, but this doesn’t impart as deep a flavor as the traditional curing process. When you want to eat genuinely uncured ham, always look for the tags “fresh ham” and “nitrate-free.” Some brands will also have “sodium nitrate-free” instead. Ham that has nitrates is cured ham, and can never be uncured ham.

How Many Calories Are in Ham?

Cured pork ham (approximately 140 grams or one U.S. cup) provides 227 calories, with 106 calories derived from animal fats. A cup of cured ham has 12 grams of total fat, with 3.8 grams coming from saturated fat, 1.3 grams from polyunsaturated fat, and 5.5 grams from monounsaturated fat, but no trans fat. Trans fat is found in many commercial food preparations from doughnut to pizzas. They are often sourced from hydrogenated oils or oils that have been processed to become solid.

This much ham has 74 milligrams of added cholesterol (25% RDA for average adult men and women), 1789 milligrams of added sodium (from the curing process), 416 milligrams of potassium (12% RDA) and 3.2 grams of carbohydrates (this explains the glycemic load of one). Additionally, it has a small amount of calcium per serving (0.8% RDA) and lots of iron (7% RDA per one U.S. cup).

Ham and bean soup, or in some places, the U.S. Senate bean soup, is an olden recipe made with navy beans, mashed potatoes, and ham hocks. In some recipes, the mashed potatoes are omitted, but the one traditionally served in the U.S. Senate daily has some. The oldest official record for the recipe can be found in an Architect to the Capitol memo, where the main ingredient (navy beans) are indicated.

This food has the following nutritional percentages: 62% of its calories are derived from carbohydrates, 9% from fats, and 29% from proteins. The way this type of food is prepared, there is always more carbohydrates from the navy beans, but there will always be some plant protein and animal protein from the ham hocks. Take note that all kinds of beans provide a small number of incomplete plant proteins as well.

Ham and bean soup scores a four-star rating for weight loss efforts and also four stars for people who want food for optimum health. However, it would help if you also were mindful of your portions because this food item has a glycemic load of 21 because of the navy beans. A slice of cured ham alone has a glycemic load of one only.

The glycemic load is often noted when a person has type 2 diabetes, as diabetics need to be mindful of how much carbohydrates they consume in a day. Normally the limit is 25 grams of carbohydrates daily, but this still depends on the severity of diabetes and how it responds to the medication.

A serving of ham and bean soup (approximately 327 grams) provides 390 calories. Two hundred forty-four calories are from carbohydrates, 35 calories from fat, and 112 calories from animal and plant protein. On the bright side, it provides 19.6 grams of dietary fiber (a whopping 78% of the RDA for fiber) and many trace nutrients, including vitamin A, vitamin C, vitamin D, vitamin K, and betaine.