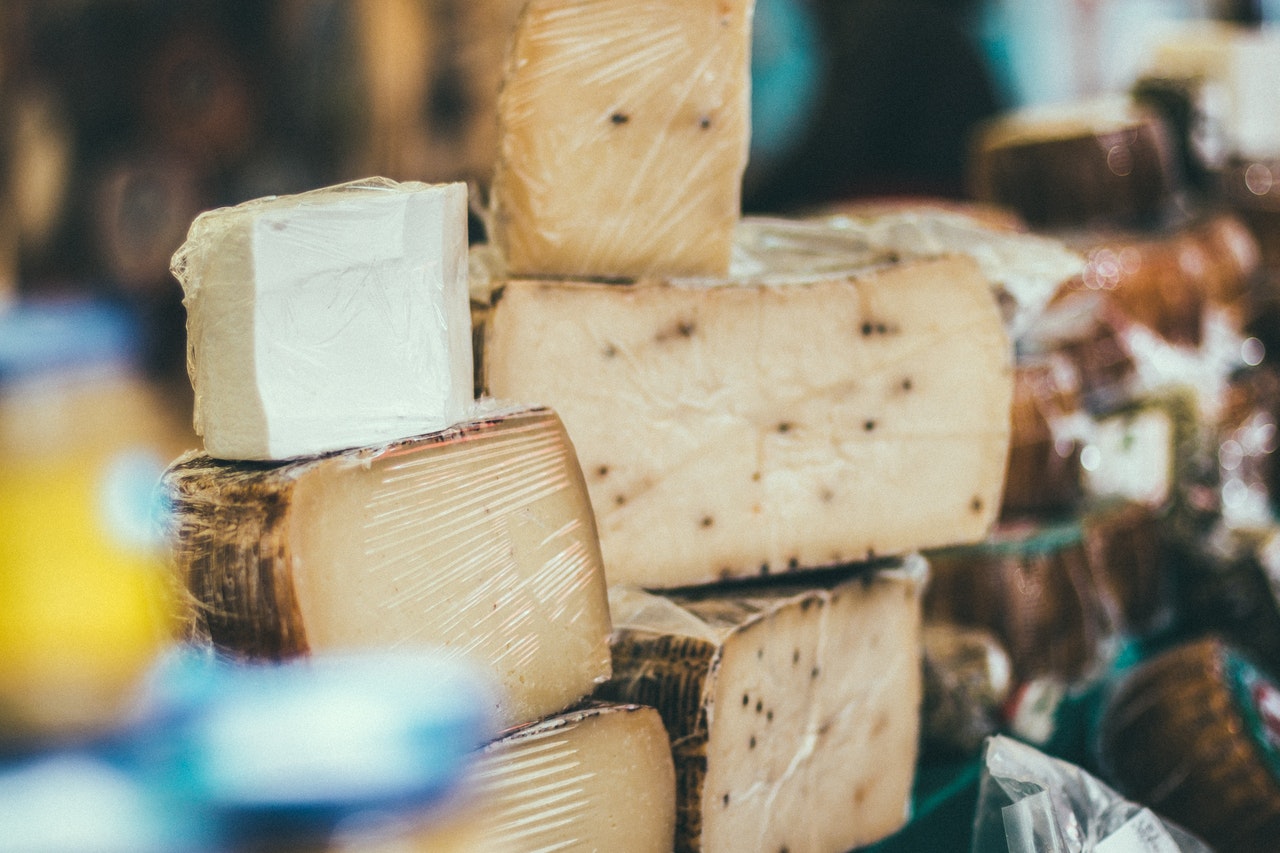 American cheese is a processed type of cheese made from Colby, cheddar, and other cheese products. It has a mild flavor and is considered a creamy cheese with just a touch of saltiness. Its consistency is also described as medium-firm, and it also has a relatively low melting point, which makes it excellent for cooking.

American cheese can look fair or white, or intensely yellow. The yellow ones are almost always mixed with annatto seasoning to bring out the color. It has been around in American cooking since 1910, and it is an essential ingredient in many American recipes.

American cheese has a fullness factor of two and has an average rating for weight gain and weight loss. It also scores an average rank for optimum health. It is an ideal source of animal protein and other minerals like phosphorous and calcium.

However, one must be careful because, generally speaking, American cheese is high in saturated fat. Saturated fat is a kind of dietary fat that is considered unhealthy, even for healthy adults.

It has the same precautions as trans fats. Saturated fat hardens into a solid at room temperature. Some everyday food items high in this type of fat include coconut oil, palm oil, and butter. Red meat is also rich in saturated fat.

Gouda cheese originates from the Netherlands. Gouda is a mild cheese that has an excellent, creamy flavor. It is renowned worldwide.

The term “Gouda” refers to a group of cheese products produced under the tradition of the Dutch people. The method of producing this cheese is said to have existed since 1184, which makes it one of the oldest cheese products in the world. There is a city called Gouda, but it was adopted as the name of the cheese because the cheese was traded in the city mainly.

There are several kinds of gradations or categories for Gouda cheese. The young cheese is matured for four weeks, while the young matured requires eight to ten weeks.

Matured Gouda is generally kept for sixteen to eighteen weeks before being sold. Extra matured means the cheese was aged for seven to nine months. Those marked as old cheese are aged for at least ten to twelve months. Very old cheese is twelve months and above. Generally speaking, younger cheeses are served as snacks while the older cheeses are served with different wines or spirits and beer.

An ounce of Gouda cheese (approximately 28 grams) contains 101 calories. It has 7.8 grams of fat, with 25% of the fat (5 grams) coming from naturally occurring saturated fats.

Gouda cheese also has 32.4 grams of cholesterol and 232.6 milligrams of sodium (this comes from added salt). Gouda cheese has a low glycemic load as it only has 0.6 grams of carbohydrates. It contains a small amount of vitamin D (1% RDA), iron, potassium, calcium, and phosphorous. Nevertheless, cheeses remain a good source of protein, and you only need to control your consumption.

Despite its name, Muenster cheese is not of European origin, but American origin. Muenster is a form of semi-soft cheese that is an adaptation of an older type of cheese called the Alsatian Munster cheese. Munster cheese originates from France.

Alsatian is derived from Alsace, which was part of Germany at that time. The old cheese tradition was first developed by monks here. The washed-rind Alsatian cheese was brought over to the United States by immigrants from Germany and has stayed since the Muenster cheese adaptation.

What makes the Muenster cheese notable is that it is a generally pale cheese but has a most orange rind from the addition of annatto. Annatto is added to cheese to impart flavor, in addition to the distinct orange color.

Annatto is also used in other kinds of cheese like the Red Leicester and the Mimolette. Muenster cheese is often served as an appetizer and is also perfect for a variety of dishes like tuna melts, grilled cheese, mac and cheese, and everyone’s favorite all-day meal, the pizza.

One of the major things that distinguish the Muenster cheese from American cheddar and Gouda is its mild flavor and soft and creamy texture. Muenster cheese can also be aged well.

A cup of diced Muenster cheese (approximately 132 grams) has a fullness factor of two and is slightly more competitive for weight gain than its American and Gouda counterparts. Like other cheese products, it has a low glycemic load and is also an important source of minerals like phosphorous and calcium.

A cup of Muenster cheese imparts 486 calories, with just 5.3 calories from carbohydrates and the rest almost entirely from fat (3489 calories from fat). It also provides 132 calories worth of animal protein. The total fat per cup is 39.7 grams, and 25.2 grams coming from saturated fat. It has its share of monounsaturated fats (11.5 grams) and 0.9 gram of polyunsaturated fat.