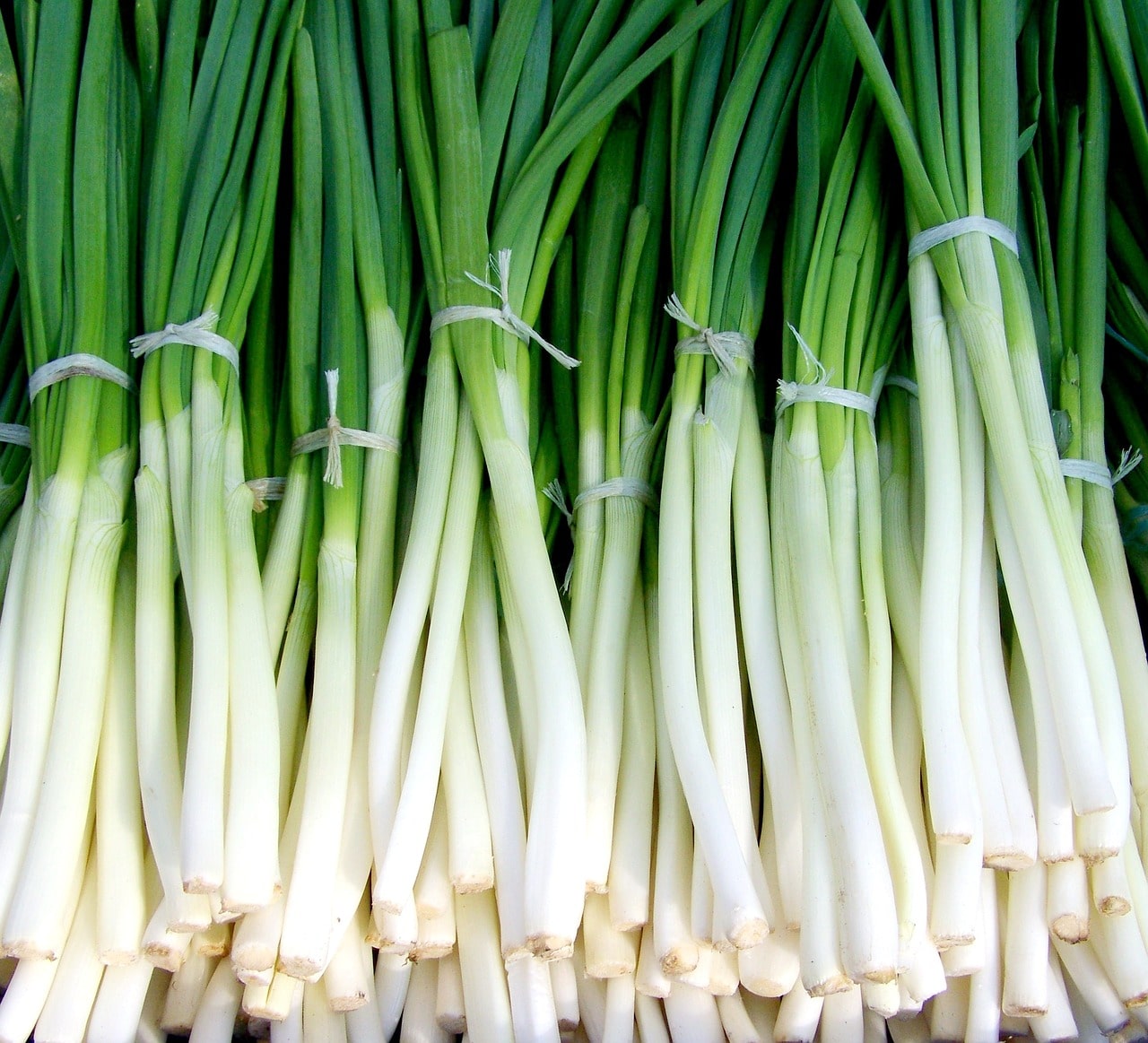 Are you confused when comparing spring onion, green onion, and scallions, too? We’re here to make sure that you’re never confused again to be the best cook ever.

All three (spring onions, scallion, and green onions) are younger versions of the onion that we all know and consume. The key is how old they were once planted and how long they are allowed to mature.

In terms of flavor, spring onions provide a deeper flavor and a more fragrant smell once cooked, almost similar to a mature onion bulb. The maturity of the bulb is the key. Spring onions are still used extensively in many kinds of cuisines because they present a milder flavor than the mature ones. Mature onions are often used for regional dishes that require more flavor on the whole.

Scallions are the youngest version of the onion and are less mature than green onions. You can differentiate scallions from green onions by measuring the size of the bulb. Since scallions have not been in the ground for a long time, the bulb will be much slimmer, and so will the leaves. On the other hand, Leeks are much larger than scallions, and they also have a much deeper flavor than scallions.

Flavor-wise, you can easily tell apart scallions from leeks because leeks have a much more garlic flavor than scallions. Scallions are quite gentle concerning flavor. Fortunately for those who don’t like the garlicky after-taste, there’s always the option of slightly cooking leeks to mellow out the flavor significantly.

Dietary fiber is ideal for any diet because it helps push waste material down the colon and contributes to reducing the cholesterol in the body. It promotes lower cholesterol because dietary fiber can block some of the added cholesterol that we get from our food.

Vegetables from the allium line are naturally filled with compounds that fight cancer. They do it by inhibiting the actual growth of the cancer cells, which eventually shrinks and kills off tumors that may have already formed in the body.  Scientists are still trying to determine how this happens. There isn’t anything conclusive yet on the mechanism that makes the chemical components of spring onions effective in fighting off cancerous formations in the body.

There is also some proof that spring onions and all its cultivars and relatives can reduce the effectiveness of viral infections. Scientific studies show that spring onions can physically halt the growth of many kinds of pathogens, including salmonella, which causes foodborne diseases, and E. coli, which can also cause foodborne illness.

Spring onion also has general protective qualities that can improve the health of a person who regularly consumes it. For one, it is naturally rich in different kinds of phytonutrients, which is vital for maintaining cellular health.

Having a sufficient amount of phytonutrients in your body can also translate to having better handling of tissue inflammation, which can affect many organs from the heart to the brain.

Note that to enjoy the benefits of spring onions fully, they shouldn’t be overcooked. Half-cooked spring onions are best, so they don’t lose most of the phytonutrients they have.

Spring onions are sometimes called green onions in some countries, so it’s easy to get confused sometimes with which is which. A cup of chopped green onion, which is about 100 grams, will provide just 32 calories, with 25.9 calories from carbohydrates. It has a very small fat content of 1.6 calories and 4.5 calories from plant-based protein.

Spring onions have a five-star rating for its nutritional qualities if you want to lose weight, and it also has a five-star score in terms of providing the best kind of nutrition for the body regardless of the goal.

However, if you are trying to gain some additional weight, it’s not the best kind of food because it lacks calories and the substantial amount of macronutrients needed for weight gain. It is a nice source of many trace nutrients, including 997 IU of vitamin A, 18.8 milligrams of vitamin C, 0.5 milligrams of vitamin E, and 207 micrograms of vitamin K. In short, eating green onions or spring onions is like taking your multivitamins every day.

What Is Baking Spread: Is The Same as Butter?