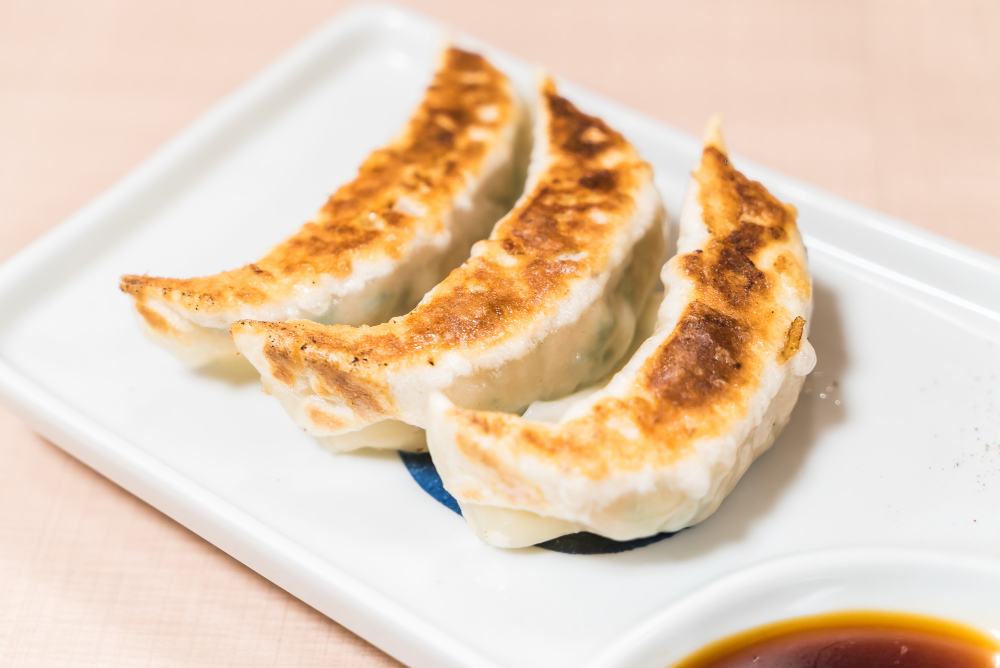 Do Pan Fried Dumplings Have Gluten

Looking for a gluten-free alternative for a dumpling wrapper can be difficult for some areas. Luckily, you can make your wrapper using feasible ingredients for people living a gluten-free lifestyle.

Creating traditional pan-fried dumplings is just as enjoyable a pastime as eating them is. Although the wrapper comprises gluten-based components, you can substitute flour wrap with other materials.

Typical Chinese food that can be served as an appetizer, main course, or side dish is fried dumplings. As a Chinese New Year tradition, they are now available all year round.

As a part of the New Year’s celebration, dumplings are eaten to symbolize good fortune.

The dumpling fillings include ground beef and veggies wrapped in a small piece of dough. When dipped in soy and sesame sauce, they are even delicious. It is said that the more dumplings you eat, the more money you will make in the upcoming year in old Chinese tradition.

These handmade dumpling wrappers may be produced with only a few simple materials. Only wheat flour, water, and salt are needed for the basic dumpling dough.

It may be challenging to obtain gluten-free dumpling wrappers in your local supermarket, depending on where you live. Homemade dumpling dough yields softer, pleater wrappers than store-bought and fewer preservatives.

To make gluten-free dumplings, rice flour, tapioca flour, and psyllium husk powder can all be used. This combination is a good one to use for those with a gluten allergy.

Do Dumplings Have Gluten?

Wrapped in the wheat dough, dumplings, particularly Chinese ones, are typical. However, gluten-free consumers should exercise caution when creating crystal shrimp dumplings, as the dough contains both tapioca flour and wheat starch.

Until now, gluten-free Chinese soup dumplings have seemed out of reach for people who enjoy them. However, dumplings cooked in paper-thin wrappers with pork and broth fillings are a delightful snack.

All-purpose flour is often used to produce these tasty tiny pockets. However, to avoid tearing the dough, you can stretch this wheat because of its gluten.

This is because gluten is made up of proteins that unravel and connect when they touch with liquids. Knocking the proteins into an ordered arrangement traps the gas bubbles they produce. The dough can rise because of this characteristic stretch and rise.

Because of their adaptability, you can use a variety of meat and broth mixtures and vegetarian ones to prepare these noodle dishes. Their distinctive pleated structure comprises several tiny folds that keep the filling in place.

Everyone loves a lovely dumpling, including those who are gluten-intolerant. Gluten-free wrappers may work for some dumplings, but they’re often too stiff to handle the tugging and pleating required for soup dumplings.

Tapioca flour, rice flour, and vegetable oil were all needed to get the job done. When the dumplings come out of the steamer, they have a nice characteristic sheen thanks to the vegetable oil and a spoonful of tapioca starch.

What Are Pan Fried Dumplings Made Of?

To make dumpling dough, water, flour, and salt are the main ingredients. When making dumplings, the type of flour you use depends on the kind of dumplings you are making.

Dumplings have become a worldwide sensation. As more individuals experiment with new and exciting flavors, they create fresh, revolutionary dumplings in taste and texture.

Delicate, bite-sized delicacies of various fillings encased in a thin layer of dough are known as dumplings in Asian cooking. You have the option of cooking them in a variety of ways, including boiling, steaming, or frying.

Unlike other dumplings, Har Gau (Chinese shrimp dumplings) are produced with a mixture of wheat flour and tapioca starch. However, when it comes to the filling, dumplings, like the Bao Bun, are excellent since they can be used for a wide selection of dishes.

The dumpling’s versatility is its greatest asset. It doesn’t matter if you choose a savory or sweet filling; a dumpling can satisfy your cravings.

You can use your imagination and taste to build a dumpling in the flavors and ingredients of your choice if you use your vision and taste. In different countries, some dumpling fillings are more popular than others.

In addition to veggies, dumplings can be stuffed with various ingredients such as meat and cheese, fruits and sweets, and even vegetables. The following is a list of suggested dumpling fillings:

Gyozas, like pan-fried dumplings, are usually produced with gluten-containing components. Use rice flour and glutinous rice flour to create your gluten-free wrapping.

Asian wrappers come in a wide variety of shapes and sizes, the dumpling wrapper being just one of them. Wheat-based flour and water are usually used to make these wrappers, which are not gluten-free.

Gyoza wrappers are often thinner and rounder than Wonton wrappers, typically square. When manufacturing your gyoza wrappers, you have complete control over the final product.

Why Do Cooking Pans Have Metal Handles