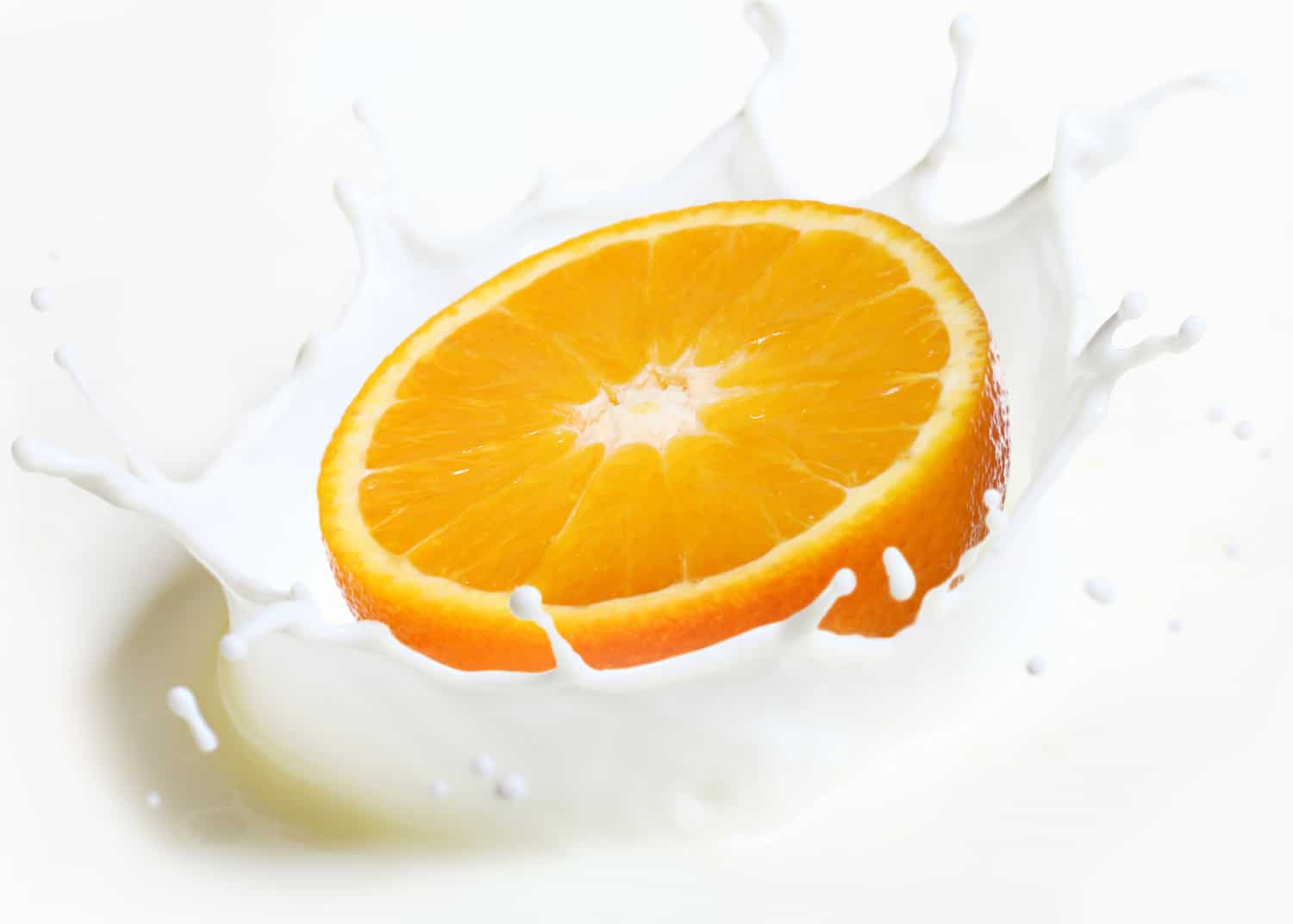 Orange juice and milk are a staple drink option during breakfast. The two polarizing drink has different properties. Orange juice has a higher acid level, and it can provide the necessary dosage of vitamin C and other nutrients. Fresh milk is also a healthy breakfast choice—providing calcium and protein to improve bones and muscle development.

But what will happen if orange juice and milk are mixed? In a general sense, mixing milk with any acidic product (vinegar, lemon, and another citrus) will make it curdle. Curdling is produced when liquid products are transformed into a semisolid mass (called curdle).

The acids found in orange juice are enough to lift the milk particles away from their liquid. This process is also used in making dairy products like yogurt, cheese, and fruit milk mix. Stabilizers are mixed with limiting the curdling process, although some products require it (most especially in cheesemaking.)

Is It Bad to Mix Orange Juice and Milk?

Consuming fresh milk and orange juice altogether will upset several stomachs. Orange has acids that deconstruct the milk into a cheese-like substance called curdle. Curdled milk is regular, and it is used to make on several cooking methods such as cheese and yogurts.

However, drinking milk that is curdled with orange juice is not recommended. It will bring discomfort to your digestive tract due to the varying pH levels found in this combination. Although stomach acids have the highest acidity compared with these two products, the unprocessed curdle depletes enzymes responsible for easier digestion.

That is why several food areas recommend drinking fresh milk first before drinking any citrus drinks like orange juice. This will allow the stomach to digest the milk particles fully before it passes curdling with the orange juice. The duration of when you will drink the orange juice depends on how sensitive your stomach is.

Suppose you are experiencing hyperacidity, GERD, and other digestive issues. In that case, it is recommended to take proton pump inhibitors that can decrease acid production. This will allow your stomach to have room for the orange juice to digest better without disrupting the milk particles.

What Happens If You Mix Milk and Orange Juice?

As mentioned earlier, mixing milk and orange juice will produce curdles of milk solids that can be hard to digest. Unlike cheese, where the milk is scalded with temperatures reaching 195°C, this variant had a by-product called unprocessed whey. This looks similar to ricotta cheese but with harder clumps—which can be hard to digest.

Unprocessed whey cannot be reconstructed into cheese or other products and must be disposed of properly. If consumed, it will cause troubling to your stomach, particularly in the digestive tract. This is because the digestive enzymes are removed with the sudden mixing of milk and orange juice.

Within a minute or two, fresh orange juice will curdle milk. The curdling process is faster if more acidic materials like lemon juice and cane vinegar are mixed within the milk. If you consumed a milk-orange juice mixture, it is not severe enough to cause medical attention.

The stomach discomfort caused by mixing milk and orange juice varies from one person to another. It may last for two to six hours, depending on your stomach acid levels. People with hyperacidity might require over-the-counter acid inhibitors capsules that limit the acidity level.

How Can I Add Orange to Milk Without Curdling?

Curdling is natural when milk is mixed with orange and other citrus fruits. However, some recipes are unnecessary and require a much stable milk mixture, such as ice cream, pastries, and pies. Although it may not affect the overall flavor of the product, it will significantly affect the appearance of your food. Streaks of white milk may be visible and could be unattractive to some.

To prevent this encounter, here are some methods that you can use: