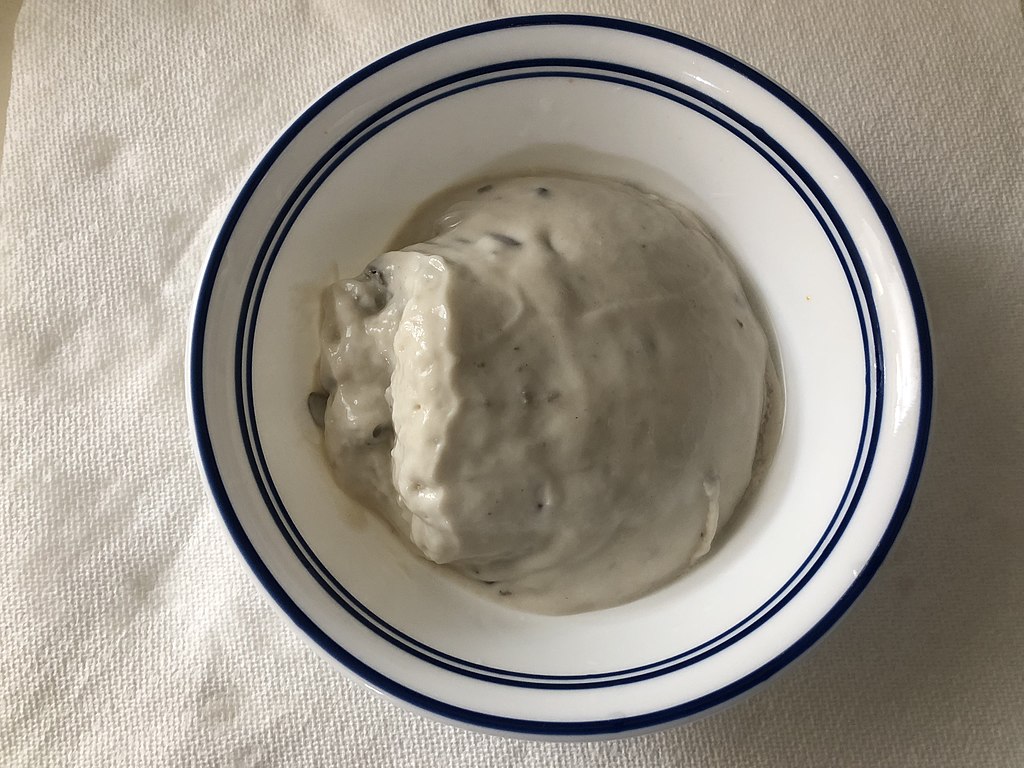 Canned items such as cream of mushroom soup do not go rancid rapidly. In fact, canning is a way to ensure that food can be stored for a lengthy time.

Some of the cans in your cupboard may not contain dates, so take a closer check. Certain canned goods are more likely to have a date on them.

Some of the “dates” on the cans are ciphers that you aren’t going to be able to decipher. In contrast, open dates, which have clearly defined months, days, and years, are referred to as “closed dates.”

Canned mushroom soup, for instance, is more likely to contain an expiration date than canned vegetables. Expiration dates are applied to both baby food and evaporated milk, so keep an eye on them.

How Long Is Campbell’s Cream of Mushroom Soup Good For?

Commercially packaged canned soups, even though it has passed their expiration date, can be consumed if it is stored properly and the can is not broken. So if you’re looking for a cream of mushroom soup that’s safe to eat, go no further than the date on the label.

Cooks throughout the country have been relying on Campbell’s® Cream of Mushroom Soup for decades, and now it has extra cream. Mushrooms, fresh cream, and minced garlic make up this classic soup staple.

Campbell’s soup can be included in various recipes—for sauces and sides to main courses and casseroles. But, as a soup or as an ingredient, it’s an excellent choice for weeknight dinners that are both comforting and delicious.

According to Campbell’s official website, the “Best Used By” date is usually found at the top or bottom of the container, on the lid of a jar, bottle, or pouch’s rear. This date is the optimal time to utilize an unopened product to ensure the best flavor and texture.

How Long Does Canned Cream of Mushroom Soup Last After Expiration?

The optimum quality of an unopened can of cream of mushroom soup may generally be maintained for three to five years if stored nice and well. However, it is typically safe to use after that time.

Rather than food safety or health, quality is indicated by expiration dates on canned and packaged foods. Although many canned mushroom soup products have a suggested use-by date, this is simply a general guideline.

People trash a lot of food because of the expiration dates, which is a shame because the food is completely fine, edible, and wholesome.

Canned food has been known to last for more than 100 years without any microbiological development, even though the manner of storage has a significant impact on shelf life. For example, there were no signs of microbial growth in canned goods that had been stored for more than a century, based on NFPA chemists.

Can You Eat Campbell Soup Past the Expiration Date?

Two years is the best-before date on Campbell’s soup products. For the most part, canned foods can be eaten for up to two years after their expiration or “Best Used By” date.

Best before or expiration dates are not required in some countries if the product has more than two years of shelf life. For example, in the United States, you will find a “use by” date on your Campbell’s soup—while in Australia and New Zealand, you won’t.

Even though the soup cans are tightly sealed, and under high pressure, the food within will gradually lose its natural flavor and aroma. Even if it’s past its prime, it doesn’t necessarily mean that it’s gone bad.

The main picture is from Famartin, CC BY-SA 4.0, via Wikimedia Commons.

Cooked Avocado Vs. Raw: Will Nutrients Be Destroyed