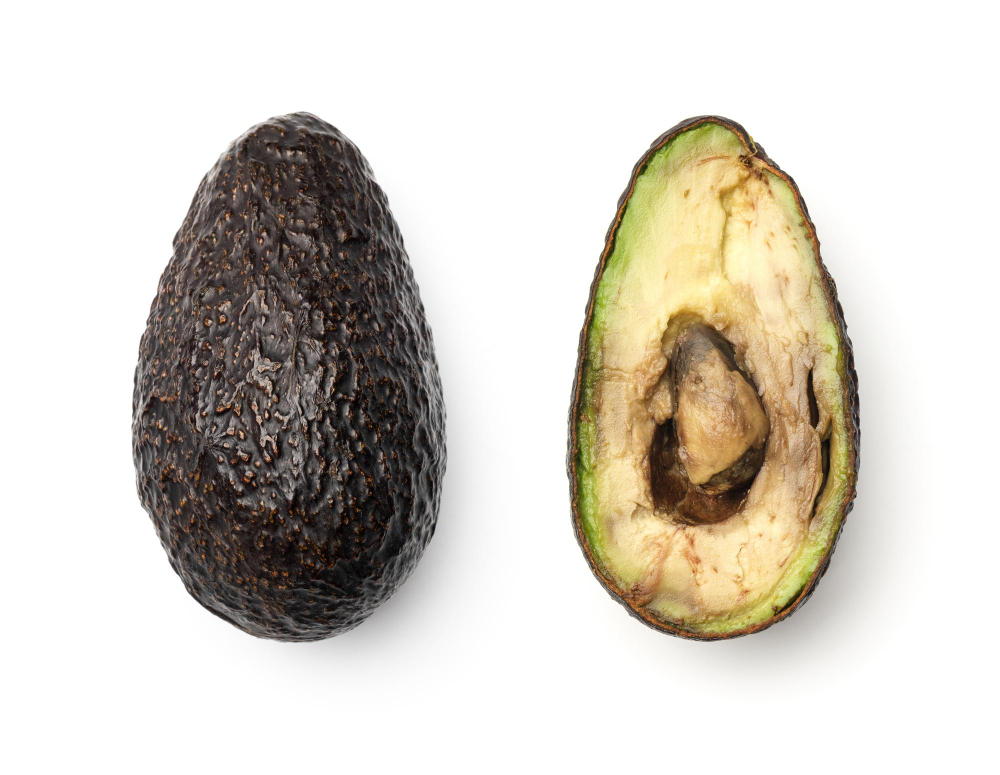 In most circumstances, brown avocados or oxidized avocados can still be eaten. Unless the brown avocado has an off-putting odor or sliminess on the skin, it can be used again unless something goes wrong during preparation.

An avocado’s dark purple-brown exterior suggests that the flesh will be smooth and creamy. The same holds for other fruits and vegetables. However, the skin might also get bruised and irritated due to excessive handling or transportation, as in the case of a brown avocado. Brown spots are generally normal. There’s no real reason to fear brown spots, even on other fruits. Brown spots typically represent superficial damage to the skin of the fruit. Brown or black spots are not usually problematic, either. Fresh avocado can have some minor skin injuries. The same applies to overripe avocado. Ripe avocados as we mentioned earlier, tend to have smooth and near-perfect skin – but it is usually the transportation that causes changes. As long as the avocado flesh looks good, there shouldn’t be any issues with your ripe avocado. And yes, bright green skin remains a hallmark of great avocado – ready to be used on avocado salad and other great dishes. Don’t forget the squeeze of lemon juice on your ripe avocado guacamole!

As opposed to cutting into an avocado and discovering a pale green interior beneath its dark purple-brown exterior, if that’s the case, the interior has a higher chance of becoming bulky or hard than it usually would.

The term “flesh discolorations” refers to what these spots are known as medically.

To keep your guacamole or sandwich from becoming soggy, discard any avocados that have turned brown and are mushy. Doing so will also keep the avocado from deteriorating. If an avocado has any mold on it, it’s best to throw it out as soon as possible.

It’s safe to assume that if you cut an avocado in half and saw a deep purple-brown color on the exterior, the flesh inside was likely soft and creamy. On the other hand, avocados that are a light shade of green on the outside and a deep shade of purple-brown on the inside are more likely to have chunky or firm flesh.

If the fruit’s pulp shows signs of vascular browning, it is an issue caused by low temperatures. Toxins in the fruit can also enter through the weak point where the stem connects, causing stem-end rot. It is caused by the fungi moving through the fruit’s vascular tissue.

Even if brown streaks emerge within or around an avocado seed after being cut open, does that mean it’s polluted, and you shouldn’t eat it? Having brown lines on an avocado doesn’t mean the fruit has gone wrong.

The browning of food indicates that it should be thrown away. An avocado’s green; the creamy part should be eaten even if it has brown lines or streaks. This is a different debate when eating avocados that have been oxidized.

Avocados with brown lines that resemble strings can often be consumed without ill effects. Unless there is an off-putting odor or sliminess on the skin, they can be used again unless something goes wrong during preparation.

It is possible for an avocado that has been exposed to cold for an extended period to develop dark or black streaks as it begins the ripening process. These lines, known as “flesh discolorations,” are frequent in avocados. In addition, due to excessive handling or transportation, the skin might also get bruised and irritated.

To transport and store nutrients, water, and sugar, avocados, like all fruits once part of a living plant, have a complex cellular structure. Additionally, avocados can retain their shape thanks to this method.

The body’s normally invisible transport systems cease operating, change color, and become visible to the naked eye when something isn’t working correctly, which is when vascular browning occurs.

Despite their unappealing look, avocados with browning in the vascular tissue are often safe to eat. However, if the browning has progressed to the point that the fruit is entirely black, it is best to throw it away. This is since an awful taste is linked to the death of vascular cells.

What Are The Brown Spots On Avocado?

Don’t throw it out if the avocado’s green or creamy section has some brown dots or streaks. The brown areas on your avocado are not the result of mold or insects but instead of recent scientific investigation.

Often, the culprit behind vascular browning can be found in your refrigerator. As soon as the avocado has been allowed to ripen for a few days at room temperature, its airways begin to seal due to the tissue’s cells dying from exposure to freezing temperatures.

The complex cellular structure of avocados and other fruits, previously part of a living plant, is used to transport and store vitamins, moisture, and sugar. This technique also ensures that avocados retain their form. Vascular browning occurs when something goes wrong, and the body’s typically undetectable transport systems cease operating and change color by becoming visible to the naked eye when anything goes wrong.

No doubt you can eat an avocado with brown spots, but the quality might not be as good as otherwise. If the spots are particularly dark, this can also give us a clue about the overall flavor. The flavor would be less affected by a lighter brown and less noticeable than a darker brown or even a black spot or streak.

Avocados with a bit of vascular browning, albeit unappetizing, are usually pleasing. However, you should toss the fruit when the browning becomes more pronounced or black, as this indicates that vascular cells are dying and causing the fruit to taste rotten.

The brown patches don’t continuously develop immediately after a few days of ripening at room temperature. The more the avocado is left out, the browner it will become. As a result, rancid flavors are formed when the enzymes and fats in the vascular tissue are subjected to the outside environment. The enzymes and lipids are oxidized as a result of this.

Various factors contribute to avocados’ more noticeable presence of vascular bundles, but the avocado’s genetic makeup is the most important. Some cultivars have a more stringy texture.

Although this is not the norm, you may stumble across fruits with stringy flesh on rare occasions. So it should be no revelation that the Stuart type is rich and silky in texture.

The avocado’s season and maturity may influence whether or not the avocado is stringy. Compared to fruits harvested later in the year, those harvested earlier have a greater propensity to have a stringier texture.

Further study is needed to properly understand why avocados become creamier as the growing season progresses, but ripening may be an explanation. That being said, this is only an outlook based on nothing more than hunches and supposition.

Avocados have a good reason for being so popular. More immature fruits from younger plants may be available because of the growing demand for fruits that can serve several uses.

You can avoid carving into the stringy center of an avocado by cutting it in half vertically and then rotating the two halves against each other. Once the strings have been loosened, removing them will be much easier.

Hold the avocado with one hand while using the other to stabilize the knife and make a single, circular, all-around skin cut. When making your cuts, make sure you’re only cutting through the skin and not the flesh.

Afterward, twist the avocado’s two halves with your hands, ensuring the pit remains in one half. A spoon will be enough to pry the avocado pit free from its hiding place. Either side of the avocado can have its pit removed.

To open up an avocado like a book, run a knife along its inside until you approach the skin, and then flip it open like a book. With little effort, the meat may be removed from the bone.

When Should You Not Eat An Avocado?

Read on if you’re wondering if an avocado has gone bad and should be thrown out. If you know what to consider and how to store avocados properly, you can avoid dissatisfaction with them.

What Happens If You Eat A Rotten Avocado?

In addition to providing a wide range of health benefits, avocados are a great source of nutrients. However, if you eat stale avocados, you risk being unwell. You’ll probably get a stomach ache, diarrhea, or even vomit. In addition, fungus-infested fruits, such as rotten avocados, are never a good idea to ingest.

The expense of avocados means determining whether they are safe to eat is crucial. You can avoid throwing something away because of the belief that it is already rotten and instead put it back on the table.

Some molds, such as those seen in cheeses and dry-cured hams, may even be desired in the final dish. For an avocado, though, you would not want it rotten.

The first thing that will likely happen to you if you eat a ruined avocado is that you will feel sick. Though some harmful components are present, this is not the whole explanation. There is a good chance that you are feeling ill because of the mold’s unpleasant taste.

Germs are eating rotting avocados. The taste and scent of it are both apprehensive. Anxiety can lead to bloating, persistent vomiting, abdominal pain, or diarrhea. If you are not careful, these symptoms may occur. Gas can induce all of these symptoms. If mold is found on an avocado, it can cause allergic reactions and respiratory issues in people who eat the fruit.

Some people experience more severe symptoms after eating a damaged avocado than simply feeling nauseous for a short time. They may, for example, be experiencing nausea in addition to their frequent vomiting.

Making a consultation with a medical practitioner right away is crucial in the event of such an occurrence. Dehydration is terrible for your health if you keep throwing up repeatedly.

In addition, some people are allergic to certain types of mold. When this happens, the symptoms go beyond merely feeling unwell and vomiting. People with respiratory problems may need rapid medical assistance, considered a medical emergency.