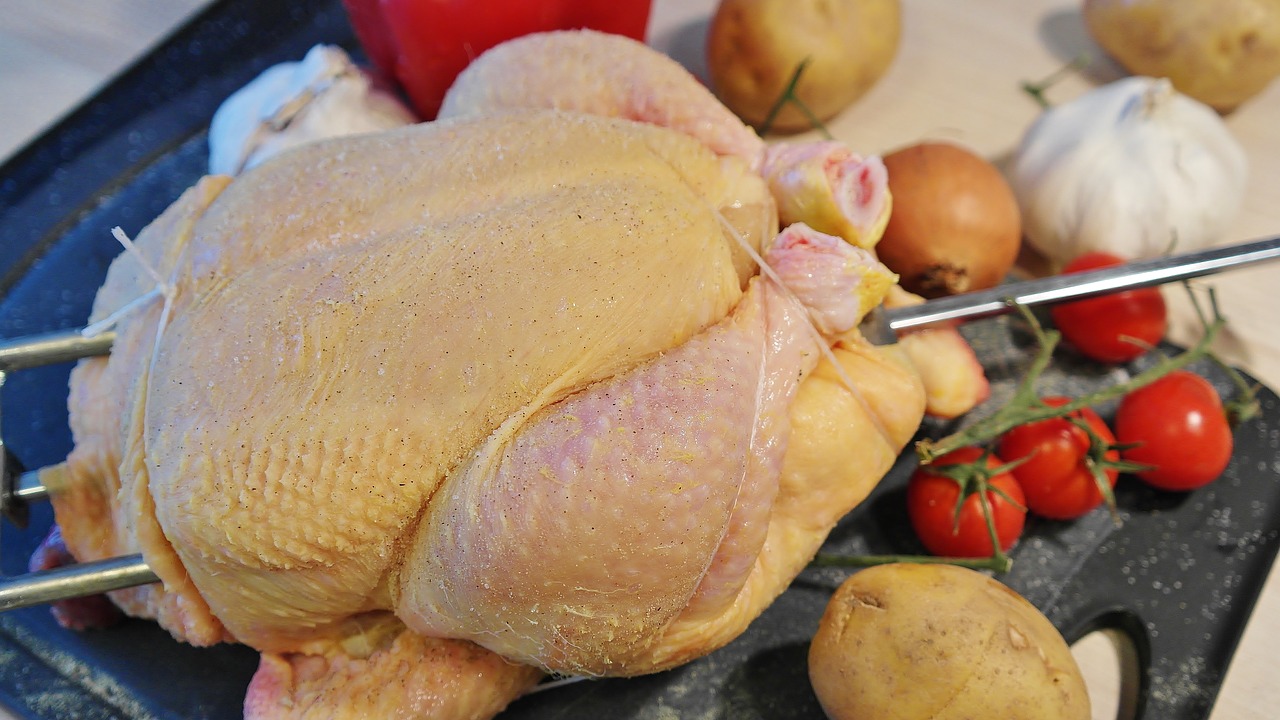 How Long Does It Take to Boil a Whole Chicken?

How long to boil a whole chicken?

You may have tried boiling a couple of thighs or drumsticks before, but what if you need to boil an entire chicken? The average cooking time for a whole chicken is between sixty to ninety minutes.

It is possible to over-boil chicken. When the chicken becomes over-boiled, the muscle tissue becomes overly soft and crumbly. In some countries, over-boiling chicken is done to release more flavors in soups and stews. However, in some cultures where firmer meat is prized, this isn’t desirable. There is no single right way of doing things, much less in cooking meats.

There are some slight variations with the cooking time of whole chicken, depending on the time of chicken that you have. This list will help you with cooking times for chicken:

As you can see, working with whole chicken can be drastically different from working with drumsticks, thighs, or breast parts of the chicken. Four ounces of drumsticks will require only forty to fifty minutes of cooking time.

Four to eight ounces of thighs will require the same amount of time. Of course, if you are cooking several pounds of drumsticks, thighs, or breasts, the cooking time will increase to reflect the meat’s volume or weight.

If you have never boiled chicken before and are not confident with the preparation side of things, don’t worry, because we are going to share some expert tips with you. The first step in poaching, simmering, or boiling chicken is to pick the liquid that you are going to use. The default choice is plain or clear water, but the lack of flavor is not going to cut it for some people. Chicken tastes plain without any flavoring, and admittedly, it takes a while before deeper flavors permeate it.

If you are cooking a whole chicken, flavor-wise, you are at an advantage because you have an hour or so to wait before the chicken is completely cooked. In this scenario, you can add spices and other seasonings to the water to perk up the flavor.

The ‘shortcut’ method we love uses a liter or so of prepared chicken brother and uses it to cook the chicken.

If the pot dries up a little (this is normal), you can always add more broth or more water to the mix to ensure that the entire bird is covered with boiling water.

Of course, the scenario would be quite different if you are using a pressure cooker. Pressure cookers can make quick work of any meat because there’s the element of pressure working to tenderize the meat.

Season your chicken properly. For most recipes, the base seasoning for a whole chicken is salt and pepper. However, don’t stop here if your recipe demands more spices and herbs.

Adding sliced vegetables to your chicken will also impart flavors not just to the meat but also to the resulting broth. The broth that results from boiling whole chicken is flavorful and can be reused for various recipes, including pasta sauces. You can even use this broth as part of the base of basting sauce when you want to grill other meats. All the flavors are there, for sure.

One of the trickiest parts of boiling a large quantity of chicken is to keep the boiling water from overflowing.

What we can suggest here is at the beginning, when you are still building up the heat in the water, keep the fire or heat at the highest level. When the water starts vigorously boiling, that’s the time when you can reduce the heat to medium or even low, if you don’t mind waiting just a bit longer for the chicken to cook.

Keeping the lid on tightly is necessary, but what if the steam can’t get out because the lid’s steam ducts are too small? If this is the problem, then what you can do is lift the lid slightly and push it a few centimeters in any direction to allow more steam to escape. Reduce the heat and let the water boil down again before replacing the lid. Admittedly you will need to adjust the lid from time to time to prevent more water from escaping. When the whole chicken is almost cooked, the water shouldn’t be a problem anymore.

From a technical point of view, yes, boiling chicken would be healthier than frying or deep-frying, because boiling removes some of the oil associated with the chicken and leaves that oil in the brother. If you want to make your chicken even healthier, cast off the skin, and eat just the flesh. The reason for this is that fat is attached associated mostly with the skin. Fat is what makes fried chicken taste good because this is also where all the seasonings adhere. However, when you are on a weight loss plan, eating chicken skin can greatly increase your caloric intake.

Can You Put Pizza in the Oven Without a Tray

What Does Salt Do in Bread

Can We Use Steel Utensils in Oven