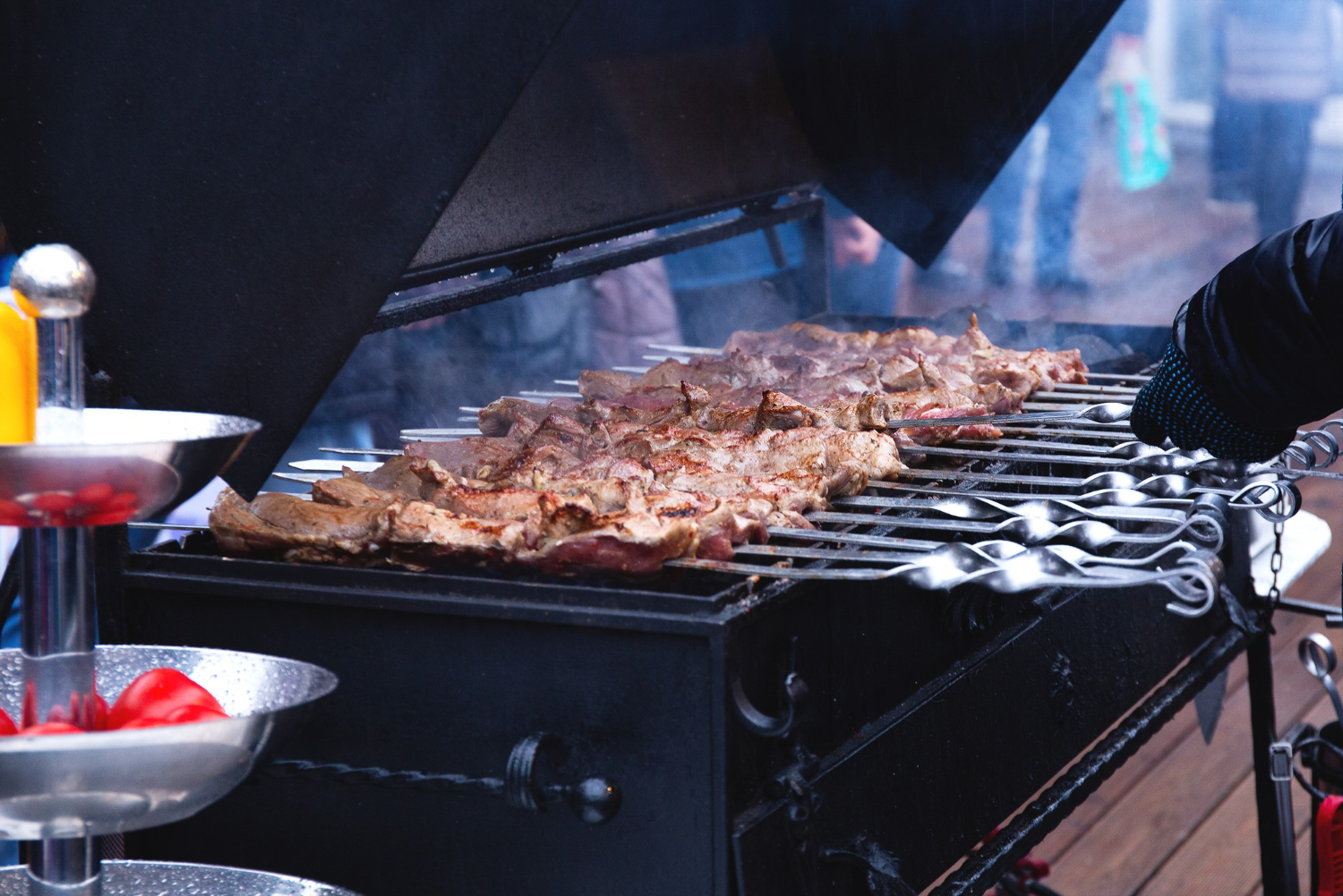 Barbecuing has brought delight to millions around the world. There’s something about cooking with wood and dry heat that makes pitmasters stay the course for years. You never really quit barbecuing or grilling because these two cooking methods are the best for cooking meats.

The majority of folks prepare their dinners in their backyards by grilling. Thus, the term “barbecue” refers to exactly what we mean when we say “barbecue.”

Grilling is the process of grilling foods quickly and efficiently (usually 500°-550° Fahrenheit/260°-280.77° Celsius or higher).  It is frequently done over a high heat source. Grilling is an excellent way to prepare steaks, pork chops, seafood, hamburgers, and hot dogs. In addition, many vegetables and fruits, as well as some roots, are excellent when grilled. When grilling, the meat is cooked over direct heat, with the flame (either gas or charcoal) right below the meat.

Barbecuing is the process of cooking meals at a low temperature for an extended period. Brisket, pork shoulder, and whole birds or turkeys are some kinds of meat commonly prepared over a barbecue grill. Typically, these meats are more complex, and they require the low, slow heat of a barbeque (or a slow-cooker) to become soft and juicy. Therefore, barbecued food is cooked at a lower temperature (typically 225° Fahrenheit or 107° Celsius) for an extremely long time (up to many hours or even day long).

When barbecuing, indirect heat is frequently used, in which the heat source is connected to the chamber in which the meat is held, but the meat is not directly over the flames, as is the case when using a grill. Barbecues are generally heated with charcoal or wood, depending on the type of fuel utilized. Distinct varieties of wood give off different smoky tastes, which the meat might absorb depending on the wood. The best barbecue chefs take great delight in slow-cooking their meat for an extended period to achieve the tenderest, most delicious results.

What Is Competition Barbeque?

In the realm of competition, competitors operate under the assumption that a judge will take one bite of their BBQ, and competitive pitmasters will go to great lengths to ensure that that “one bite” of BBQ is the best possible.

Since they may be fighting for $10,000 or more, they must do well. This increases the amount of time spent preparing and cooking and the amount of tension involved. The exact cooking techniques that pitmasters have developed over the years are used for general or house barbecues; however, flavor enhancers are used sparingly so that they can enjoy the time, scents, and occasional drink while doing what they do best.

What Is Backyard Barbeque?

A BBQ appeared to be an excellent alternative for summertime gatherings. Most households had a barbecue, and it was pretty simple to put some hamburgers and hot dogs on the grill and invite family and friends over to share in the festivities. A more casual environment could be found outside, and there was more space for more individuals to be invited.

In addition, the kids can run around and play in the backyard while the adults relax and talk with one another. During this period, a slew of outdoor games that we now take for granted as BBQ classics, such as horseshoes, croquet, and backyard bowling, gained popularity.

What Is Needed for Competition BBQ?

Here are some tips for those preparing for competition barbecue:

What Is Needed for Backyard BBQ?

If you want a great barbecue at home:

The Best Cooking Wine: Things You Must Know About Cooking...