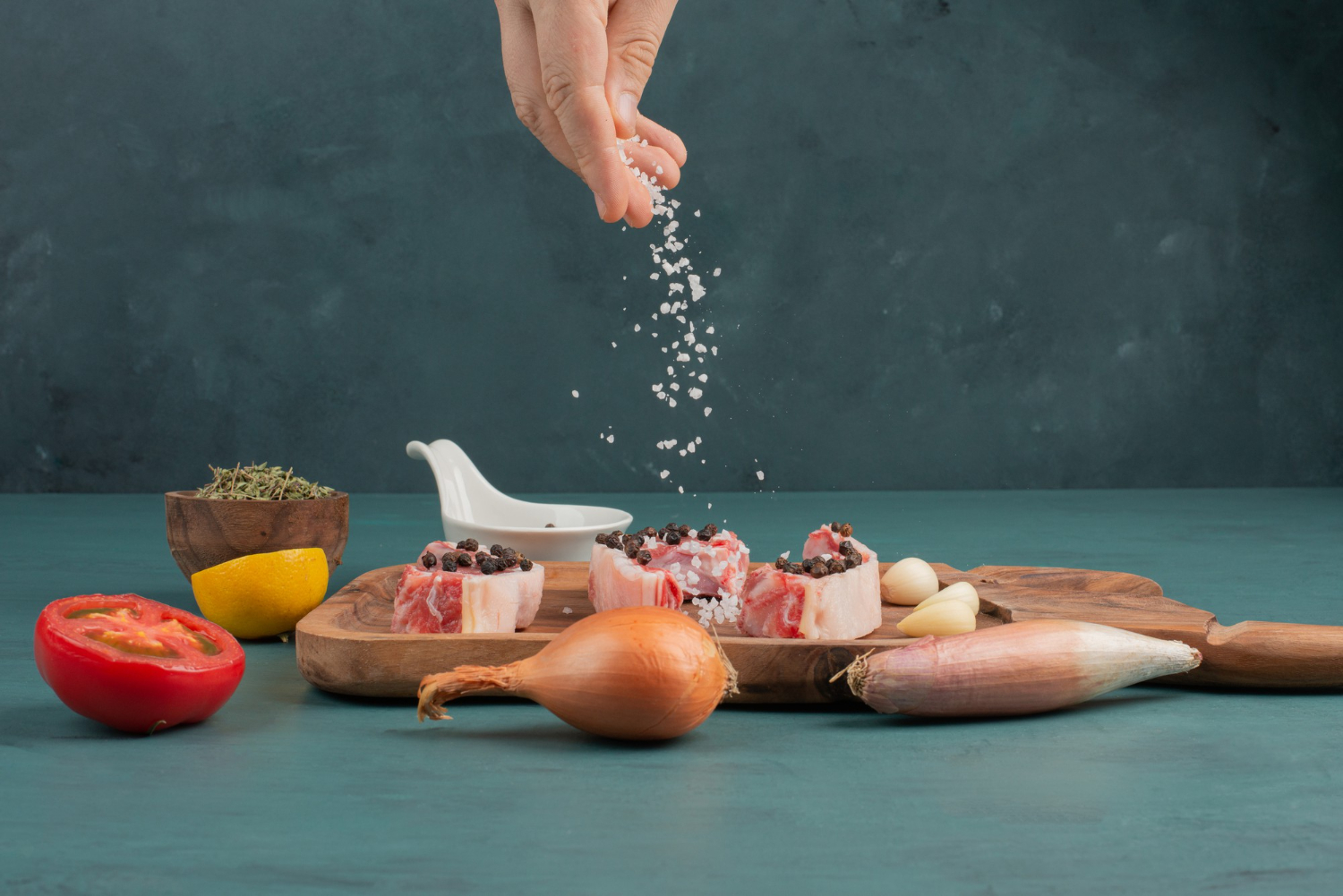 Though salt is eaten mainly as a condiment, it is a necessary ingredient in most foodstuffs. It can make food smell better, balance out other flavors, improve the tenderness of the meat, and extend the shelf life of food. Still, too much salt may ruin a dish easily, even if applied with care.

Salt is known to make the meat soft, and it does so through various means. Salt can be used in multiple ways, which may cause the meat to be more or less soft. In addition, salt’s ability to retain water in meat has a hydrating impact overall. All three of these salt types are employed for flavor and softness.

The flavor of food is influenced in several ways by salt. Our bodies are hard-wired to recognize five basic tastes: bitterness, sweetness, sourness, and umami or savoriness. The last of these is saltiness. It increases the salinity of food by boosting the intensity of its flavors.

Salt also helps to mute the harshness of bitter meals, balancing other flavors, such as sweet and sour. Salt also causes proteins to unravel, which can enhance the taste and scent of their end products.

Adding salt helps proteins keep their natural fluids, which is especially important for meat that is already juicy and has a good amount of marbling. Raw meat will have its juices brought to the surface with salt applied to it. Dissolved salt then combines with the liquid that seeps out of the beef, generating brine that the meat absorbs.

Is Salt Good For Meat?

Food tastes better when you sprinkle it with coarse salt. For example, the use of coarse sea salts like Maldon or Halen Môn Gold sprinkled over a green salad imparts a satisfying crunchiness with each bite. This is because salt enhances the tenderness of beef, chicken, and other meats.

You likely see two characteristics when you imagine the perfect steak: a crunchy, salty, crispy exterior and a juicy, crimson, tender inside. But, if you’ve ever wondered how professional chefs get that amazing medium-rare consistency time after time at a steakhouse, we have the answer: Salt is the secret.

However, the extra juiciness that comes from marinating meat in salt does not serve the same purpose as improving the taste of meals. And as our tongues partner with salt, so too does it partner with our saliva. Salt’s uniqueness can dominate or augment other flavors, thus “opening up” our taste buds.

Browning occurs when the Maillard Reaction occurs. Through this procedure, we have discovered new tastes and sensations in our cuisine. For example, boiling steak doesn’t offer the flavor you get from searing.

To occur, the Maillard Reaction requires excessive heat and dryness. As mentioned earlier, salt also helps dry out the steak by sucking moisture out of it. However, the outside section of the steak stays drier than it did previously, despite the water absorption.

Aside from the preservation, salts bring taste to the meat. If it weren’t for the nitrates and nitrites, table salt would be pretty bland. The preservatives in the meat also change the color to a reddish pink and contribute to the taste. They are the cause of the reddish color of corned beef. Various salts and sugars enhance the flavor, and ascorbates are occasionally added to pickling brines to help expedite the curing process and keep the color stable.

Since the birth of man, salt has been utilized in the culinary arts, although its usage then was not quite as glamorous as it is now. Salt was mainly used to preserve food back then.

Packing perishables with salt was discovered to be able to preserve them for much longer than anyone imagined. As a result, fishermen could now haul in fish from the coasts or go on long journeys to engage in trade.

To make a long story short, salt adds flavor and tenderizes meat through numerous chemical processes. To maximize the taste of your salt, try soaking your steak in a brine for a full day before cooking it.

So, if you want to let your steak marinate for a full day, salt it and set it on a wire rack in the fridge, and leave it uncovered. Then, you can just put it on the counter if you want to salt it for 40 minutes.

The logic is that if you leave it for 40 minutes, your meat will absorb any lost moisture and become juicier. Additionally, salting it before putting it in the pan will ensure that the steak’s crust is solid.

Another fantastic property of salt is that it helps release scents, even more than bringing out flavors. This makes aroma molecules move more quickly from the food and into the air. These are like beacons to our olfactory receptors, which make it easier for us to detect scents.

Why Do You Salt Meat Overnight?

Salting improves the sensory properties of practically every kind of meat over time. For example, raw meat will have its juices brought to the surface with salt applied to it. Dissolved salt then combines with the liquid that seeps out of the beef, generating brine that the meat absorbs.

Due to its osmotic pressure, salt acts as a preservative. For example, suppose you would place a red blood cell in water due to osmotic pressure and the cell membrane’s delicate and semipermeable nature. Later on, the cell would take in water until it explodes.

The growth and survival prospects of microorganisms like fungus and bacteria fall when the salt level rises. When done at the suggested amounts for dry salting and pickling, there is no microbiological development. Botulism, a lethal disease, is caused by Clostridium botulinum, spreading when salt is not preserved correctly.

You can make meats with salty spice rubs, and water-drawing salt brines more flavorful by leaving the rub on the meat as it cooks, which helps to create a crisp, deep seasoning crust.

What Can I Use Instead of Rock Salt for Making Ice Cream?