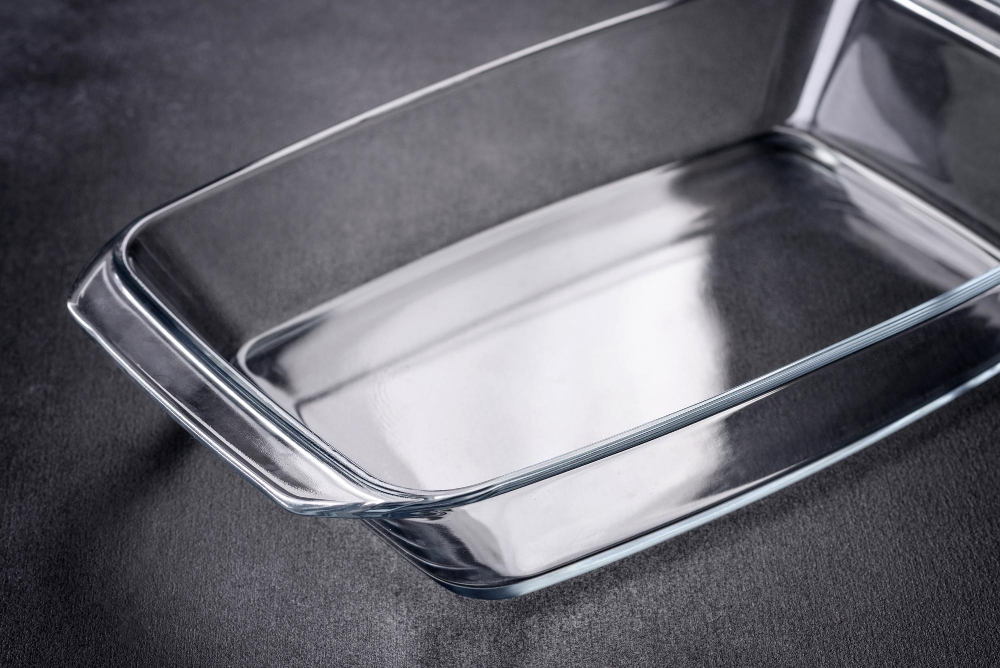 Can glass break in the oven, like Pyrex glass? Corning used borosilicate glass when they first started making Pyrex in 1908. Pyrex’s thermal shock resistance is due to this. All Pyrex glassware was manufactured of borosilicate glass until 1998. That means you can safely use Pyrex glassware created before 1998 in the same way you always have, whether you’re baking a baked mac n’ cheese casserole and leaving it on your chilly granite countertop or putting it in the fridge for tomorrow’s dinner. One of the most extraordinary things to buy at Goodwill is old Pyrex.

Corning eventually sold the Pyrex name to World Kitchen LLC in 1998, and the company switched from Borosilicate to soda-lime glass. Ordinary glass is used to make soda-lime glass. The issue to keep in mind with the Pyrex glass oven-safe temperature is that your dish is not resistant to thermal shock and could shatter if you go from one extreme to the other. So, if you’ve purchased new Pyrex glassware since 1998, keep in mind that you’re dealing with regular glassware that needs to be handled with care.

Can You Put a Pyrex Dish Straight from Fridge to Oven?

Some individuals find it convenient to take meals stored in Pyrex containers straight from the fridge and toss them into the oven without determining whether this is the best method. Have you ever wondered if you could put Pyrex from the refrigerator to the stove before taking this risk?

Pyrex is not impervious to mishaps. As a result, transferring Pyrex glassware from the refrigerator to a hot oven is not recommended. Instead, it is safer to remove it from the fridge and allow it to get to room temperature first.

This would eliminate the heat shocks that many glassware suffers from. If you strictly adhere to the Pyrex Glassware rules, you should never expose your Pyrex to sudden temperature shifts. Unfortunately, it’s a regular occurrence in most kitchens, as most people take chances and hope for the best. Rapid temperature changes can compromise the structural integrity of glassware, even if it does not shatter.

This is made worse if the container already has a chip or break.

Unfortunately, when it breaks, it explodes. It has the potential to fracture into many little pieces, causing damage to your oven and danger to humans.

Take your Pyrex dish from the cold and set it aside before placing it in a preheated oven. Pyrex dishes have improved in breaking resistance over time but have deteriorated in opposition to two extreme temperatures.

Certain Pyrex Glassware constructed of Borosilicate is substantially more resistant to temperature changes than others. Beakers and flasks made of Borosilicate glass are employed in scientific experiments. It is much safer when Pyrex made of this material is taken out of the fridge and placed in a hot oven. Because the more common and less expensive Soda-Lime Pyrex has a low thermal shock resistance, it should be used with caution in such situations.

Can You Put a Glass Pan from Fridge to Oven?

If you’re dealing with glass pans and cookware, the answer will always be no; you will have to deal with the risk of shattering when you do this.

Yes, glass can be safely used in the oven to heat or warm your food, as long as it’s oven-safe glass.

Glass can be used in the oven when handled appropriately. However, you should be aware of possible causes for glass to shatter when heated. While we’ve already established that glass may be securely baked, there are conditions when it doesn’t make sense.

Will Cold Pyrex Break in The Oven?

It’s likely for some modern Pyrex models to break in the oven.

Allowing Pyrex to warm up a little bit before putting it in the oven is the safest way to take it from the fridge to the stove. When the Pyrex heats up in the oven, this will ensure that it does not suffer from thermal shock and breaks. Pyrex dishes are composed of high-quality tempered glass. Pyrex is thermal shock resistant; however, the less stress it is subjected to due to temperature changes, the less likely it is to shatter.

The best way to transfer Pyrex from the freezer to the oven is to warm it in the refrigerator. Then, place the Pyrex dish on the bench for a few minutes after it has reached fridge temperature to warm up slightly. When the Pyrex is placed in the oven, the temperature change will be reduced.

Why Did My Pyrex Dish Explode in The Oven?

Pyrex is a glass container. “Thermal shock” occurs when the temperature of glass abruptly changes. “Stress produced in a body or a substance due to physical impact or stress, or perhaps a quick shift in temperature,” according to the standard definition of thermal shock. For example, when a Pyrex bowl or any cookware is rapidly heated or cooled, different bowl portions expand or contract at different rates, resulting in tension. The bowl’s structure will fail if the force is too great, resulting in a dramatic shattering effect.

The most effective technique to avoid this effect is to slow down when changing the temperature of Pyrex. Stovetops and broilers conduct heat quickly, and the bowls will most certainly fail. Taking glassware from the freezer and placing it in a hot oven might also cause it to crack.

Because Pyrex is no longer constructed of the same unique thermal shock-resistant glass, it must be handled with caution. Pyrex should never be placed on a stovetop. Regardless matter what the webpage recommends, don’t alter the temperature too quickly. In its current form, Pyrex should be treated like any other piece of glass.