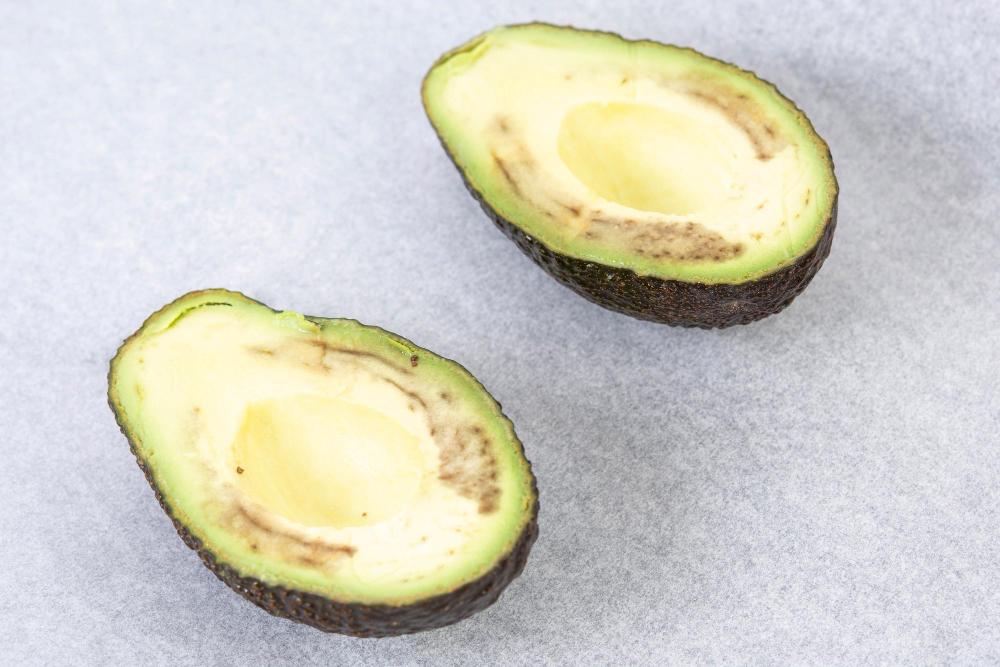 When food turns brown, it’s usually a sign that it must be thrown out. But you shouldn’t toss it out even if you see brown lines or streaks in an avocado’s green, creamy part—it’s another discussion when eating oxidized avocados.

Like all other fruits once a part of a live plant, avocados contain a complex cellular structure utilized to transport and store things like nutrients, water, and sugar. This system also allows avocados to maintain their shape.

However, when something is not functioning correctly, vascular browning occurs, and the body’s ordinarily invisible transport systems stop working, change color, and become visible to the naked eye.

Avocados with some browning in the vascular tissue are typically safe to eat, despite not having a very appealing appearance. However, dumping the fruit after some time has passed is recommended if the browning has become more severe or black. This is because a rancid flavor is associated with dead vascular cells.

Is It OK to Eat Avocado with Brown Streaks?

In most cases, consuming avocados with brown streaks that seem like strings is OK. The only time they need to be thrown away is if there is an unpleasant odor or sliminess around the skin, both of which are signs that something went wrong with them while they were being prepared.

Brown streaks may appear inside or around the seed of an avocado when it is cut open; however, does this indicate that the avocado should not be consumed because it is contaminated? Even if an avocado has brown streaks, that does not necessarily mean it has gone rotten.

When an avocado has already been exposed to cold for an extended period before it commences the ripening process, it may develop dark or black streaks. These streaks, commonly referred to as flesh discolorations, are typical in avocados. It is also possible for the flesh to become bruised while in transit or as a result of compression brought on by excessive handling.

Even though they are not spoiled, particular avocados, especially those picked from young plants, may have dark streaks on their skin. Therefore, these avocados should be avoided. However, if the fruit seems to be in good condition otherwise and has a good flavor, you should feel free to consume it.

Similarly, the flesh of an avocado that is ready to eat is pale green. On the other hand, a single brown spot may result from damage rather than widespread deterioration; in this case, it can be removed.

Similarly, an avocado that has gone bad may have a stringy consistency when you try to eat it. However, if there are no other indications of decay, it might not be as terrible as it seems. Growing circumstances may also be to blame for the fibrous quality of the texture.

Let’s say you decide to chop into a less-than-perfect avocado and discover that it has those unsightly black spots. You will need to use your kitchen knife or a spoon to cut them out.

What Are the Dark Lines in Avocados?

Nutrition, water, and sugars are continually exchanged between the avocado’s interior and outer shell. Keeping the avocado in a cold storage facility for a lengthy period weakened and killed the cells that make up the tissue. As a result, the avocado was rendered nutritionally inert.

We are unable to observe their “transport channels” in normal circumstances. But when the avocado’s vascular tissue began to brown, the highways became discernible as lines whenever the avocado was cut across its long axis and as dots when it was cut through its fat center.

Disgusting flavor changes occur when the condition worsens over time. For example, a rotting taste and discolored avocado tissue are symptoms of avocado fats and enzymes reacting unfavorably with oxygen.

Pulp browning is the first sign of a vascular browning condition brought on by cold temperatures. Stem-end rot is a fungal infection that occurs when the fruit’s weak point where the stem attaches becomes infected by fungus. It is caused by the fungi moving through the fruit’s vascular tissue.

Several factors contribute to avocados with more visible vascular bundles, the most important of which is basic genetics. Some cultivars have a more stringy texture.

Hass, for example, is usually not stringy, but you can occasionally find fruit from this type. As for the stringy Stuart kind, it’s a given that this one is rich and creamy.

It’s possible to tell if an avocado will be stringy based on its age and season. On the other hand, early-season fruit tends to be more stringy than fruit harvested later in the year.

Even while more study is necessary to understand why avocados become creamier as the season progresses, the ripening process may play a role. However, this is only a hunch based on nothing more than conjecture.

There’s a good reason why avocados are so popular. First, there may be more less-mature avocados or fruits from younger plants in circulation due to the growing demand for multipurpose fruit.

What Causes Brown Strings in Avocados?

A variety of factors can cause stringy avocados. For example, it is possible that the avocado was harvested from a young tree or kept incorrectly.

Avocados have gained notoriety and acclaim as a nutritional powerhouse. Little wonder they’re gaining so much attention: they’re high in fiber, potassium, monounsaturated fats, folate, and other heart- and brain-healthy nutrients.

To guarantee that your avocados ripen into creamy, smooth fruit, you must treat them carefully. But, of course, it’s difficult to tell how avocados were handled along the supply chain when you buy them at the supermarket.

To remove the strings, cut the avocado in half and use a flour sieve or tea strainer to squeeze the flesh into a fine strainer or mesh. Push it all the way through until you’re left with avocado pulp.

Push the avocado through a colander or strainer to remove the strings. Avocados should be harvested at the right time and handled with care to prevent them from becoming stringy.

Does Avocado Seed Clean the Womb