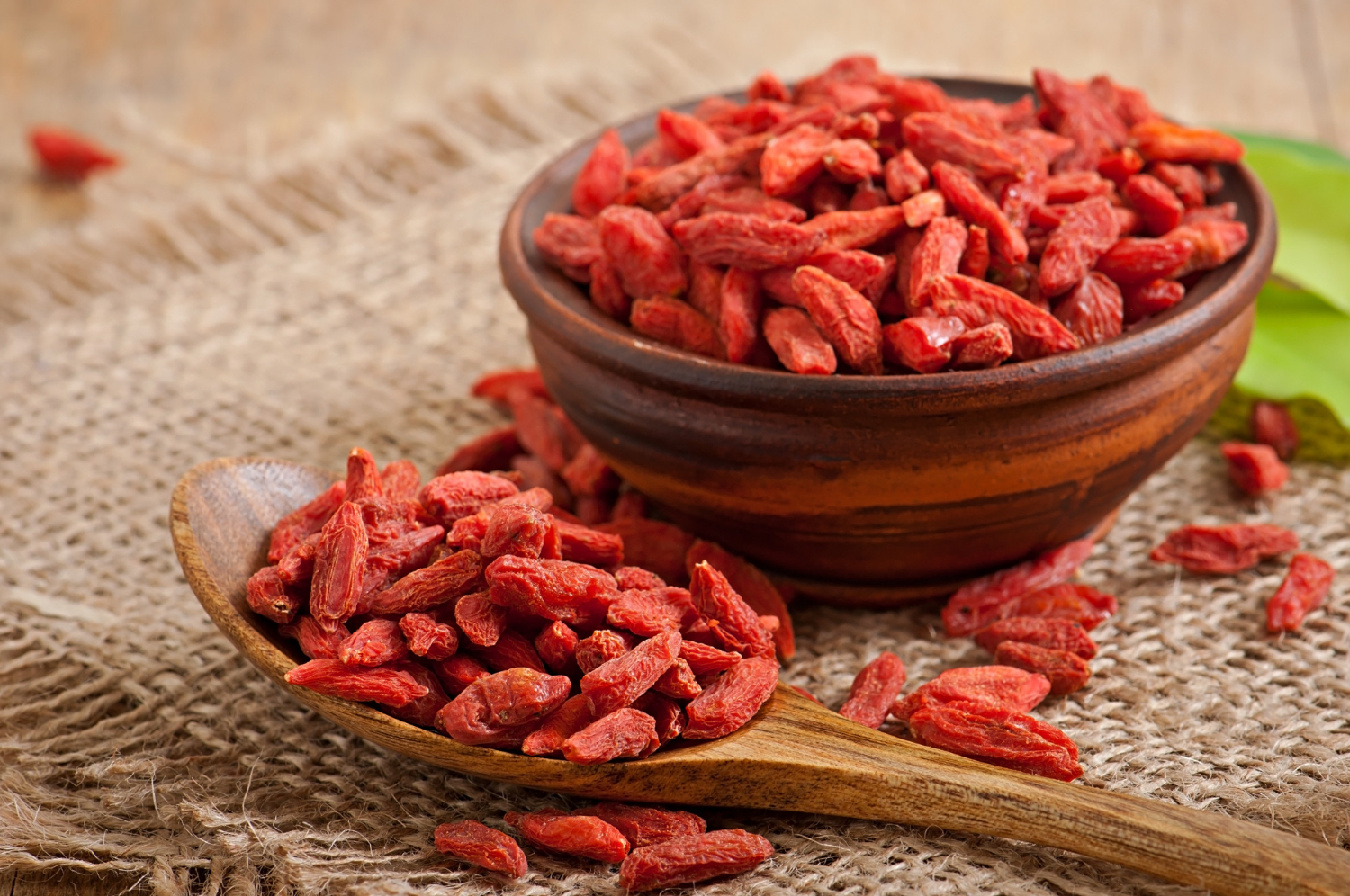 Goji berries have traditionally been consumed in Asia to extend one’s life expectancy. This brightly colored orange-red berry, sometimes known as the wolfberry, is the product of an indigenous Chinese shrub.

Dried goji berries resemble red raisins at first appearance, but they’re nothing special. However, these nutrient-rich berries, which taste like a cross between cranberry and cherry, are a common sight on the Instagram feeds of well-known health food bloggers.

Thanks to goji berries, these health problems like high blood pressure, fever, diabetes, and age-related issues have been treated. Considered as a “superfood,” some consume these berries in a variety of juices, herbal teas, and beverages—as well as medicines.

Dried goji berries should be kept in a cool, dry place away from direct sunlight. They’ll keep for at least a year, but some companies may offer a longer shelf life if they package the berries with preservatives.

Since goji berries are so delicate, they’re usually marketed dried as small, shriveled, and chewy berries that go well in fruit and nut salads or as a colorful and nutrient-dense addition to cereal. However, Goji berries can be found at your local farmer’s market or exotic grocery store, so be sure to try them raw and unprocessed to get an authentic taste of the juice’s sweet and tart flavor.

How Do You Know When Goji Berries Are Bad?

Dried goji berries can be found in food stores across the globe and on the internet. So if you’ve had a bag of goji berries in your cupboard for a while and aren’t sure if they’re still good, you’re not alone. People also ask if goji berries should be washed or if goji berries have lead content. First-time buyers also want to know if they need to soak goji berries before consuming them.

While dried goji berries last longer than their fresh counterpart, you still need to check if your berry surpasses its shelf life. Dried fruits can still spoil—which can be harmful when consumed.

How Many Dried Goji Berries Should I Eat a Day?

It’s difficult to stop eating goji berries once you start. However, as with most things, consuming an excessive amount at once may prove harmful to your health.

Which begs the question: just how many should you eat at once? Depending on how your goji berries have been processed, the suggested serving size for goji berries varies.

Goji berries can be beneficial if consumed in moderation and as part of a healthy diet. However, as with many beautiful things, if ingested in excess, adverse effects may occur.

There are several negative effects of taking an entire large bag of goji in one sitting, such as bloating, diarrhea, and stomach pain. However, the mineral overdose of potassium, fiber, and selenium is the most common source of the harmful effects of overconsuming goji berries.

If you’re anxious about the side effects of eating a lot of goji berries, don’t be. You’d need to consume tons of goji berries to have any adverse effects.

What Happens If You Eat Expired Goji Berries?

Because humidity and air damage goji berries, you must keep them in an airtight, absolutely dry container if you want to preserve their freshness and extend their shelf life. If the bag has been left open, mold is more likely to appear because mold grows best in damp circumstances.

Goji berries that have been dried turn a pinkish-red tint and resemble raisins in appearance. The darker and shriveled the berries become, the more likely they will have gone spoiled.

Eating expired goji berries can disrupt your gastrointestinal tract. Goji berries are high in fiber and antioxidants, but they may also contain a parasite called Cyclospora, which can induce unpleasant flu-like symptoms such as bloating, diarrhea, vomiting, and so on.

The Proper Way to Cut a Watermelon

Do Dragon Fruit Seeds Get Digested