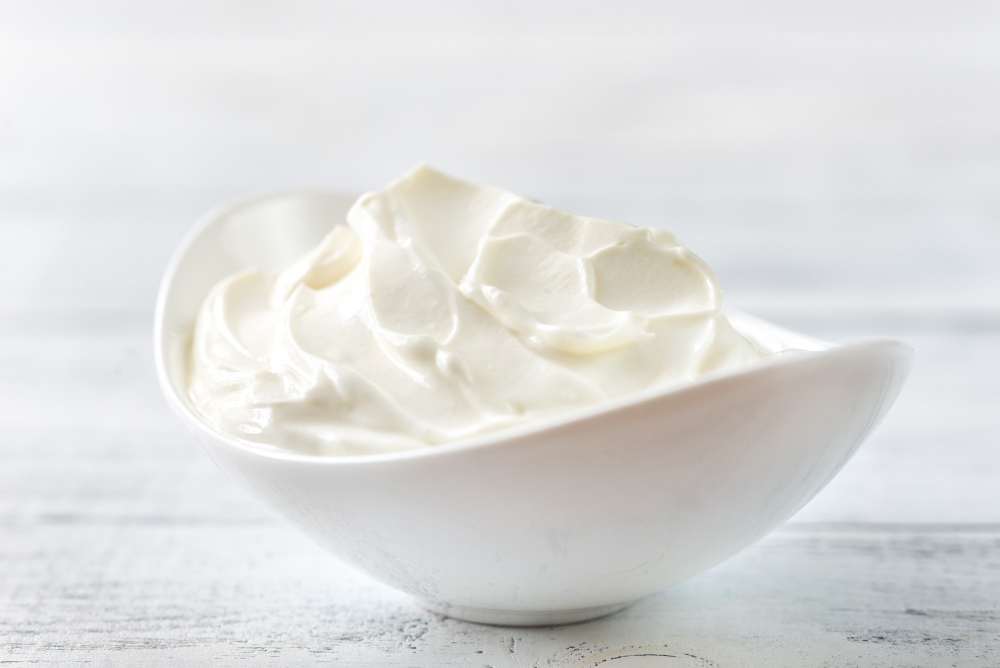 Can Yogurt Be Left Out Overnight?

When it refers to unrefrigerated yogurt, there is a simple rule to follow, and it happens to be the same period that applies to milk. So after you bring it home from the supermarket, keep it refrigerated, don’t leave it out in the open for more than two hours if the temperature is 90ºF or higher.

Yogurt is a must-have in many homes, especially for watching their weight and calorie intake. The versatile, nutritious superfood is a family favorite for its health advantages, taste appeal, and variety.

We all enjoy eating yogurt, but it often slips our minds to put the remaining yogurt in the fridge once we’ve opened it. And, because yogurt can be a component of almost every meal: a tasty snack, chicken marinade, post-workout supper, salad dressing, or smoothies, it’s even more crucial to understand how to store it, how long to keep it back, and how to keep it from spoiling.

Yogurt should be kept in the refrigerator at temperatures below 40ºF. Yogurt has a shelf life of one to two weeks when adequately maintained. However, storing your yogurt for longer than that encourages molds, yeast, and slow-growing microorganisms to thrive and damage it.

If yogurt is left out of the fridge for two hours or less, it can be safely returned to the refrigerator to be eaten later. If you intend to eat only part of a yogurt container, scoop out what you want to consume into a separate plate and replace the container with the refrigerator.

How Long Can Yogurt Be Out of the Fridge Without Going Bad?

Yogurt should not be ingested if left out at room temperature for two hours. The yogurt’s condition is determined not only by the amount of time it has been left out but also by the temperature it has been subjected to.

If you’re taking yogurt for lunch, make sure to include an ice pack using an insulated bag or vessel to keep it cool for longer than two hours. At home, if yogurt is left out of the fridge for more than two hours, it might get sour or even spoilt.

Contamination occurs when bad bacteria overwhelm beneficial bacteria. These harmful bacteria are derived from additional substances in yogurt during manufacture, such as slow-growing microbes and molds, which are the leading cause of food poisoning.

Bacteria in unrefrigerated yogurt may develop more quickly than bacteria in yogurt with added sugar and fruit. Use pasteurized milk while creating your yogurt; once the yogurt has thickened and reached the proper level of acidity, cover and chill it.

How Do I Know If Yogurt Has Gone Bad?

Knowing how to detect food rotting can cut the number of foodborne infections in half. But, when it comes to defining whether or not the yogurt has gone wrong, your instincts are your closest buddy.

Yogurt is a delicious delicacy that every household consumes. Increasing your yogurt intake is one of the best and healthiest strategies to reduce weight.

This watery whey is when the tell-tale indications of poor yogurt begin. The initial indicators include a liquid increase or puddling, as well as a curd at the bottom.

If you fail to notice these indicators and still attempt to maintain them in the fridge, mold or fungus will ultimately form on it, and then it’s time to believe your sight and throw it out. To avoid all of the risks connected with consuming contaminated yogurt, dispose of it as soon as possible.

The risks of eating sour yogurt are more significant than any hangover you’ve ever had; it can induce severe ailments such as diarrhea, stomach pains, and vomiting. Therefore, it’s more vital to throw out expired yogurt and avoid foodborne infections than saving a few pennies.

Can You Get Food Poisoning from Yogurt?

Dairy goods such as cheddar, milkshakes, and yogurt might make you nauseous. It can cause problems if you have lactose intolerance or ingest a damaged dairy product.

Yogurt is a refrigerator staple that we grab regularly. It’s creamy, sour, and sometimes sweet. This protein-rich dairy product is high in nutrients and contains bacteria and yeast strains that improve digestive health.

You may be wondering how anything that contains germs and yeast may deteriorate. The trouble is that yogurt has many healthy bacteria, but it doesn’t make it immune to the growth of nasty bacteria.

So, what happens if your yogurt overstays its welcome on your counter? Essentially, you’re allowing molds, yeast, and slow-growing microorganisms to thrive and destroy your yogurt.

Most yogurt-related food poisoning symptoms include digestive distress, such as diarrhea. Mold, slow-growing bacteria, or microorganisms introduced into yogurt via added ingredients are the most common causes of food poisoning.

If you have expired yogurt in your refrigerator, inspect it before eating it. Even the smell of sour yogurt can make you feel sick; if your yogurt is moldy, toss it out.

Yogurt’s processing and acidity provide some resistance to microorganisms that cause foodborne disease. To keep your yogurt at the proper temperature, store it on your fridge’s shelf rather than the door.

Is There Yogurt That Doesn’t Need Refrigeration?

Once at the factory, the milk is pasteurized—heated to eliminate any potential pathogens—in massive tanks containing natural cane sugar, pectin, and lactic acid-producing bacteria. During a ten-hour fermentation process, these live bacterial cultures conduct the work of converting milk into yogurt.

After fermentation, the yogurt is placed in storage tanks capable of holding 10,000 liters of a product until it is ready to be packed into portable pouches. However, even after being wrapped in those airtight containers, this yogurt isn’t shelf-stable.

Even if the method of manufacturing dairy shelf-stable isn’t new, its application to yogurt is. The process by which this yogurt becomes self-stable is comparable to how those pudding cans are handled.

The small portable yogurt packets are heated in a procedure known as retort packing. Pallets of yogurt are placed into what can best be described as a massive industrial pressure cooker and heated at high temperatures and pressure to sanitize the inside and destroy the microorganisms.

Nothing within these pouches could evolve into something that will make you sick once they have been heated. The package is also completely sealed, making it impossible for additional viruses to enter.

Can Yogurt Cause Light-Colored Stool