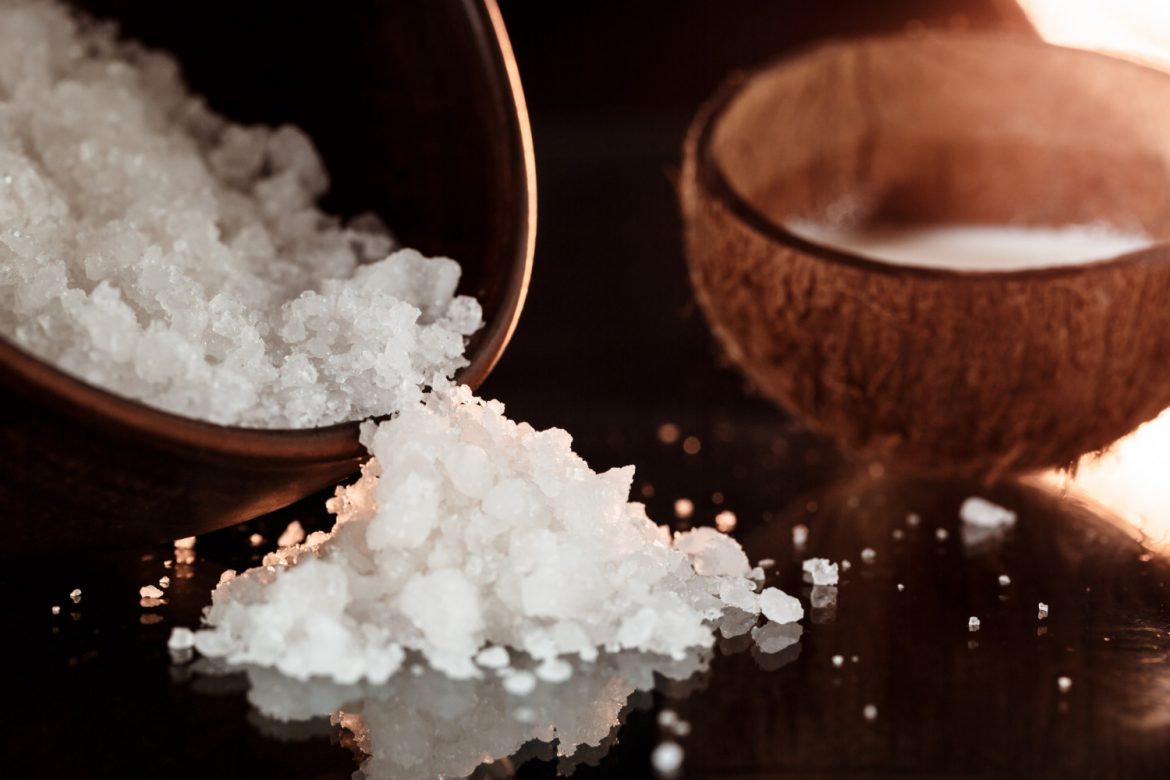 Salt is used in almost every meal on Earth, so be sure to have an adequate salt supply. Salt is a universal spice used not only for taste but also to prevent food from going wrong. Salt reduces the liquid freezing point and increases the boiling point of liquids.

Professional bakers use the excellent heat absorption characteristics of salt as a cooking medium. In a baking sheet, they use salt heated to cook products like peanuts and cocoa nibs. Chefs also roasted meat and baked it in a shell of rock salt. The heated salt retains heat in and insulates your protein so that it cooks and remains moist.

As a result, large bulks of heated salt are left. While salt is a cheap ingredient, you may still want to upcycle heated salt for another baking task. Reusing salt used for baking might sound skeptical, but it can be a common thing to do.

What Do You Do with Salt After Baking?

Salt has long been utilized as a preserver. Using this mineral to coat your food will be a terrible environment for deterioration-causing microorganisms. As a flexible compound, salt can also be employed for your cooking and baking needs.

In the context of salt as a baking material, it gives three advantages: tenderizing, seasoning, and even cooking.

Food receives its tenderness from the salt’s natural moisture locked out during the cooking process. Salt can be perked up your food’s flavors instantly. Finally, a consistent salt coating isolates food and even promotes cooking.

As mentioned earlier, you can use a bulk of salt during the baking process. Salt baking is a culinary procedure that covers food in a mixture of salt and egg whites or water and then bakes the meal in a salt crust to steam softly into its juices. The salt is subsequently eliminated, and tender fish, meat, or veggies are left behind.

In the art of salt baking, it can be done using two methods:

Either way, the said baking procedures will still require a hefty amount of salt. If you want to reduce salt waste, you may reuse your baked salt in no time. Before using, consider these tips:

How To Use Salt Used for Baking?

There is a science to adding salt to bread and other types of food. In the case of bread dough, the average is at least 1.8%-2.2%, depending on the weight of the dough. If you don’t salt your bread dough enough, the resulting bread will taste bland, though this might not be the case for low-salt baking for individuals who can’t tolerate too much salt. In the UK, bakers use the “one percent rule”: one gram of salt for every 100 grams of unbaked dough. If you are cooking either fish or meat, you will need to season with at least ¾ teaspoon of salt to a maximum of one teaspoon for every pound of fish or meat. Too much, and you might get something that’s too salty.

As for used salt, there is no harm in reusing the heated salt, though the flavor profile might be a problem if you are seasoning bread and the salt was used for baking fish or meat. But, again, there will be a flavor transfer in the process.

Salt is a critical ingredient in baking, along with yeast, water, and flour. The function of the three other components is obvious, but many people don’t know why salt is critical to the process. Science gives us crucial insights. First, salt has an immediate effect on the flavor perception of food. Salt blocks bitterness while enhancing sweetness and umami. Next, salt is a universal crust maker. The beautiful crust is seen on bread results from the interaction between flour, yeast, and salt. And while the bread is cooking, the NaCl is also responsible for strengthening the gluten. Finally, salt is also accountable for yeast fermentation when making the dough rise.

What Salt Should I Use for Baking?

All of these can be used: table salt, sea salt, and kosher salt. However, the volume differs between salt types and brands.

Table salt and fine-grain sea salt are made from small and evenly shaped crystals, making them excellent to add to the dough. They quickly dissolve in water and well combine with the meal. Kosher salt is cruder, making it a superb salt finish.

A half teaspoon of salt may not make a big difference in a pot of soup, but cake batter or pan dough may make a huge impact. If you exchange the salt type specified in a recipe, you must weigh your ingredients to use the same amount of salt.

The Best Cooking Wine: Things You Must Know About Cooking...

Can You Put A Pizza In The Oven Without A...

What Does Salt Do in Baking