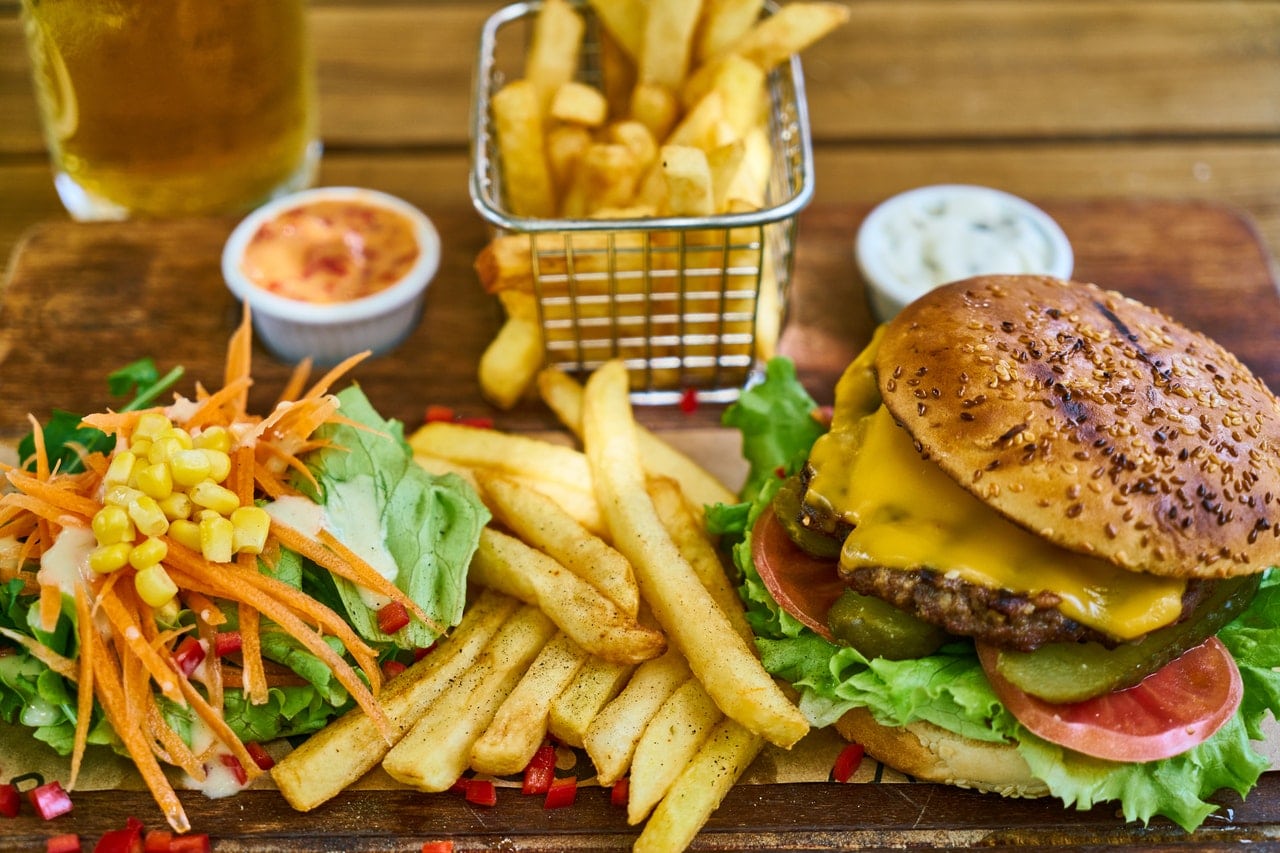 Today we’re going to take a closer look at the calories and nutrients of some popular food items prepared in fast-food settings and at home. We’re also going to determine how healthy these food items are based on the actual nutrients that they provide the body.

Verdict: The sandwich is relatively healthy because of its additional nutrients, but it does contain a lot of added cholesterol and saturated fat. You can safely consume this sandwich if you are on a diet if you need a protein-rich meal.

If you want something healthier, we recommend it may be preparing a similar sandwich at home and use a low-fat dressing, or maybe skip the dressing altogether if you want to reduce the overall fat content of the sandwich.

What are the Calories in Ham?

Four ounces of fresh pork ham provides 130 calories, packing an extraordinary amount of protein (84% of calories from protein) and only two grams of fat (16% of total calorie content).  Compared to Wendy’s sandwich, a single slice of fresh pork ham has lower added cholesterol (24 milligrams) and lower sodium at 55 milligrams. Eating a slice of ham will require you to cycle for nineteen minutes, run for thirteen minutes, or do general house chores for forty-seven minutes if you want to burn off the calories.

Verdict: A most delightful source of lean protein and minimal calories compared to cheeseburgers and other fast food items. Again, if you are packing protein for weight loss and build muscle, fresh pork ham is a low-fat substitute, and the calories aren’t that bad either. Just make sure that you remember how many slices you have. Four ounces of fresh pork ham provides 130 calories already.

Hot and sour soup can be made at home or purchased from Chinese restaurants. It is part of the Asian culinary tradition and is made from a variety of ingredients. There are variations in every region, from North America to China and then Japan. There are also notable and similar dishes found in Cambodia, the Philippines, Vietnam, and Thailand.

One cup of hot and sour soup is approximately 233 grams of soup and has a glycemic load of seven. It is an average food item for weight loss and is in the two-star range for gaining optimum health. It ranks only at one star for weight gain, so it’s not something that you would want to eat if you want to gain weight. Due to the traditional recipes used to create hot and sour soup, it is almost always a good source of protein. On the downside, the traditional preparation almost always involves adding a lot of salt or even fish sauce to the broth.

Chicken tikka masala brings a huge dose of calories at 353 calories per serving of 263 grams. You can eyeball your meal or get the precise measurements by weighing your food at home with a small digital scale. It has 22 grams of fat from the chicken, with 12 grams from saturated fat and just 0.1 grams of trans fat. 60% of the calories in this food come from the chicken itself. It has 167 milligrams of added cholesterol and 2072 milligrams of sodium as well.

Verdict: Eat chicken tikka masala if you feel that you have not been getting sufficient fat in your diet, and you also need a protein boost. Additionally, you may need to check your salt sensitivity as it has a lot of salt-packed in one meal.

Cornbread is a famous leavened bread consumed in the United States. It is also one of the staples present in Native American cooking. A piece of cornbread measuring 2″ x2″ will provide 150 calories, with 28 grams of carbohydrates and three grams of protein. This is a simple food that’s meant to be eaten with other items.

Verdict: May not be ideal for people with diabetes as one serving provides over 25 grams of carbohydrates. Many diabetes tries to maintain their intake of sugars at below 25 grams per serving.

Causes and Treatment of Hypovolemic Shock

Can Overripe Avocado Be Eaten

Will Dragon Fruit Ripen After Cutting