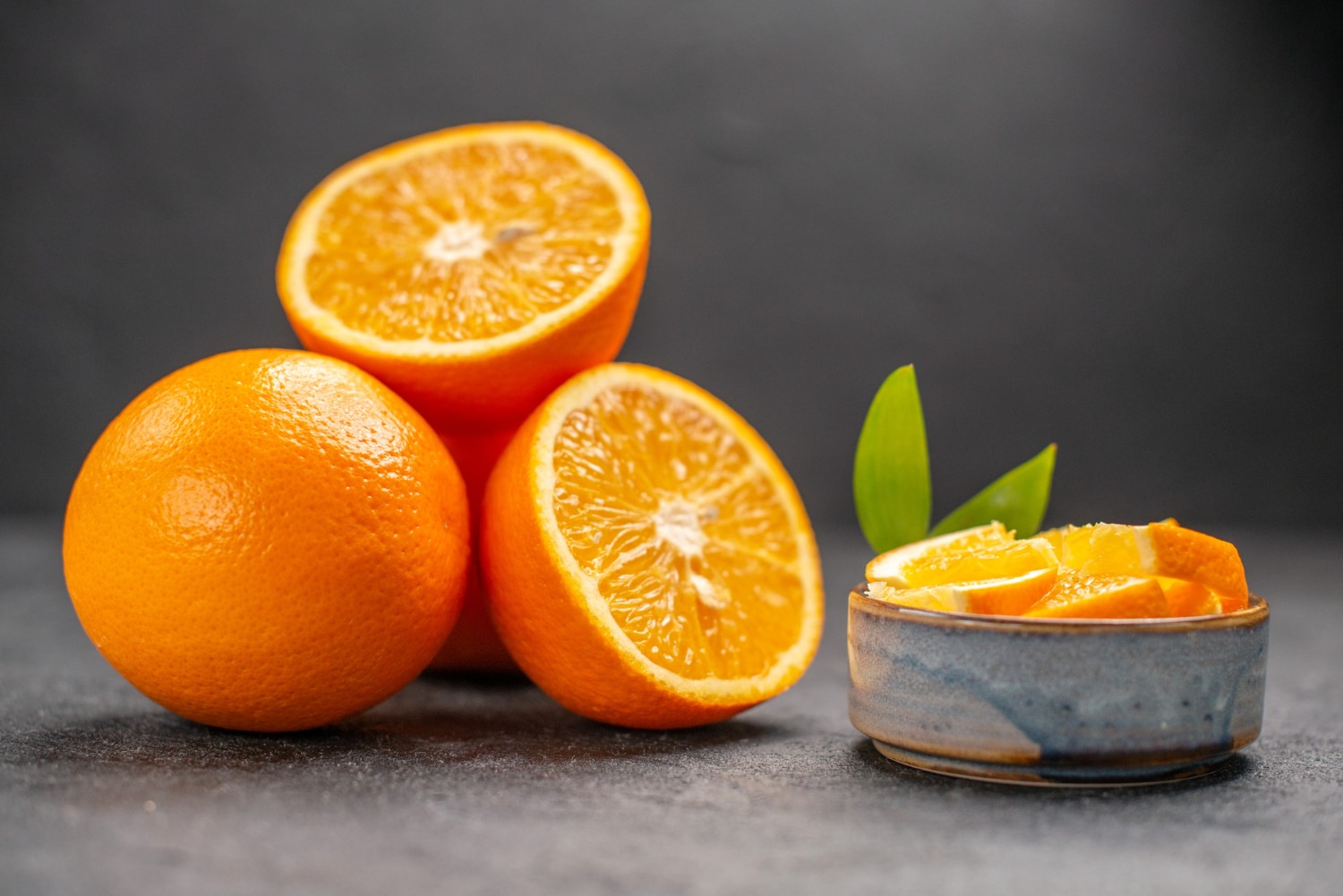 Dogs are known for eating almost anything, including toxic and highly inedible things like socks and sometimes even rocks and coins. Dogs perceive the world differently, and they are guided by instinct and their sense of smell.

They explore the world mainly with their mouths, which would explain why often inedible things end up in their gut. One would think that oranges and other fruits are benign, but we must remember that dogs are different from humans, and not everything edible for humans is edible for dogs.

Are Orange Peels Poisonous to Dogs?

As with any human food, you must be cautious in giving your dog anything for the first time. Some dogs have strong guts that can withstand most things, but that’s not the case for every dog, especially very young dogs and senior dogs. These two extremes in age can spell the difference between a typical day at home and a medical emergency.

According to veterinary experts, the actual fruit of the orange may be given to dogs in small quantities (like one or two segments per day), but the seeds, core, and rind should never be given as food to dogs. Only the fruit, minus the white part or pith of the orange, should ever be delivered to your dog. The peel of fruits can sometimes contain small quantities of compounds that can become toxic to canines.

The best way to go about this is to feed only a small amount of the fruit (not the rind) to your dog and check within a few hours if there are any adverse reactions. Fruits and similar food items (mainly human food) should only be limited to a maximum of 10% of your entire diet.

Not following this ratio may result in digestive upset and even result in weight gain in some dogs. Why weight gain? Dogs don’t have a good idea of how much food they should be eating, so they tend to eat anything given to them, and in the end, they often overeat.

In the wild, dogs have to hunt for food, and that burns a lot of calories. Not all domestic dogs can do that (burn off calories), especially those indoors most of the time, so you must provide the correct ratio of nutrients to your pet so it won’t become obese.

What Happens If My Dog Eats an Orange Peel?

Should your dog enjoy the tart taste of orange peel, there are some potential risks with the behavior of eating orange peel frequently. In terms of actual toxicity, orange peels will not harm your dog from a chemical standpoint. Still, there’s an even bigger problem – the fact that dogs can’t digest something so dense with dietary fiber, and as a result, your dog may end up with a fatal intestinal blockage after eating the orange rind.

Blockages are never a good thing, and many dogs end up in surgery because of it. When a blockage finally occurs, the block usually stays where it formed until it is surgically removed. Otherwise, the blockage may result in sepsis or cause the intestines to twist, causing a problem with circulation. All these problems eventually result in issues that cause death.

To many dog owners, dogs eating small quantities of human food and stuff like orange peel may not seem substantial because our dogs appear strong and healthy.

Outwardly they may project that, but it’s going to be different when you finally see how the food affects your dog after consumption.

As for the possible after-effects of eating a large quantity of rind, you may observe some minor symptoms. Some dogs get nauseated, or if the dog doesn’t like the feeling of having the skin in its gut, the dog may induce vomiting to remove the offending item out of the stomach. There’s a reason why dogs tend to vomit a lot, which is to maintain their health. Instead of being harmed by digesting something terrible, they will vomit.

In general, vets do not recommend giving your dogs a lot of fruit to begin with, but a small quantity won’t hurt them now and then. Whenever you feed your dog any fruit, make sure that all the seeds and the rind are eradicated. Even small quantities of pith can be problematic in the long term, as the indigestible parts of the fruit accumulate over time. You do not want to deal with a situation that you need to have a blockage removed by the vet. Such procedures are painful for your dog, and they also cost a lot of money. Generally speaking, jams and other digestive issues are more stressful for older dogs, so if you have a senior dog at home, you must be more careful with what you feed your dog because they can succumb to digestive issues more quickly.

Some dogs like the German Shepherd and the Husky are more likely to tolerate small quantities of fruit in their diet.

The small amount of fiber won’t do them any harm, and it’s good for them to receive essential nutrients that are important for the upkeep of their bodies. However, dogs should never be given a primary fruit diet as they are nearly obligate carnivores. They need a balanced ratio of macronutrients in their bodies to thrive.

Another issue with fruits is their fructose or sugar content. The more sugar you give to a dog, the more challenging it would be for the dog in the long term to maintain ideal body weight. This is especially true for smaller breeds of dogs such as the Pomeranian. Smaller dogs have smaller guts, and the lower the body weight, the lesser the resistance to the after-effects of strange additions to the diet.