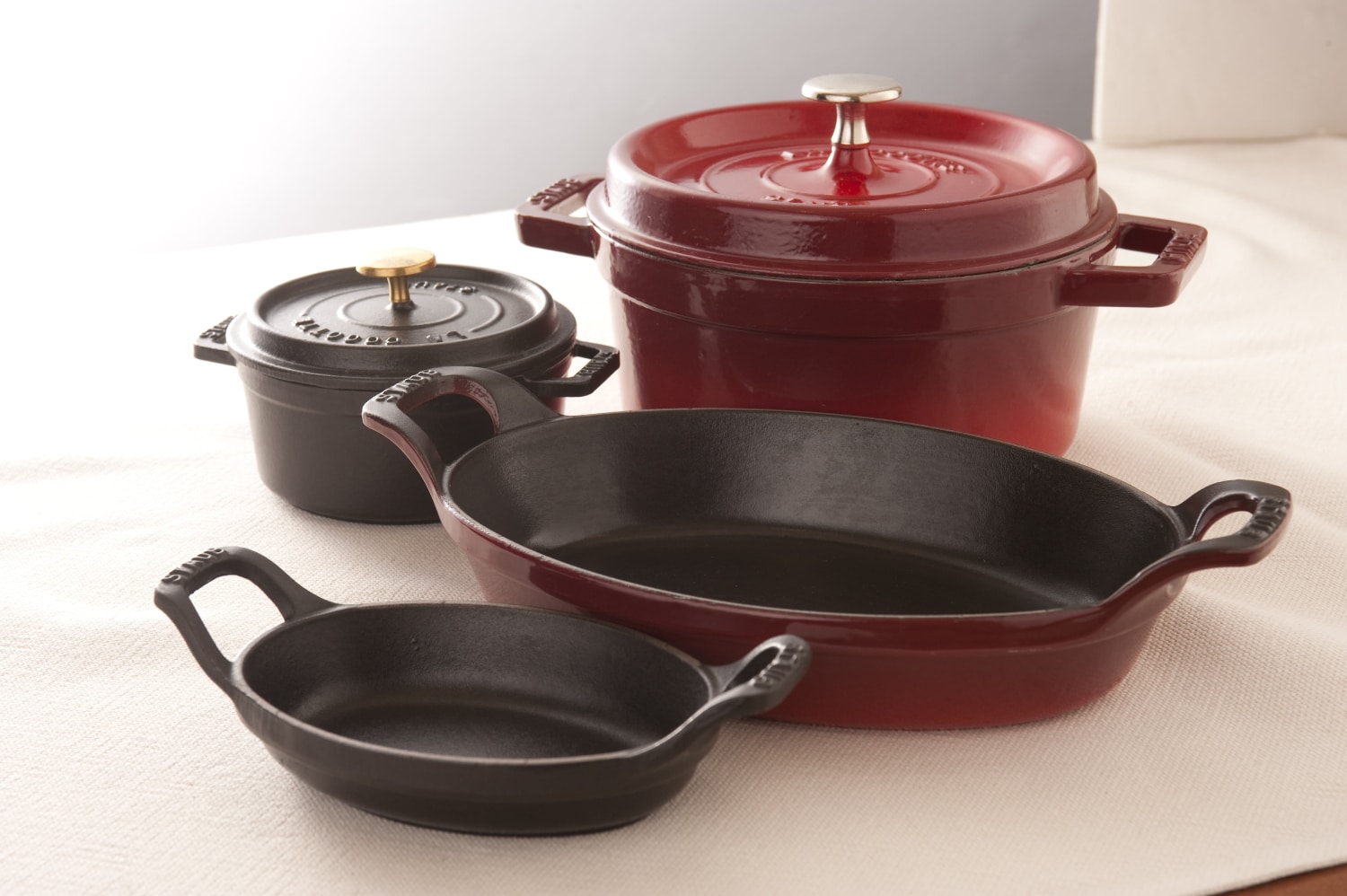 The ubiquitous wok and the even more classic Dutch oven are the stuff of legends. The wok is a must for stir-frying and is staple cookware in Asia, while the Dutch oven has been around in Europe and much of the western world since the 17th century. Each cookware appears to be indispensable. But can you use a wake instead of a Dutch oven, and vice versa?

Can I Use A Wok Instead of a Dutch Oven?

Like the Dutch oven, the wok can be used for various cooking techniques and tasks in the kitchen. In a big way, the wok is the Dutch oven of the east because it can perform multiple tasks and not just act as a high-temperature fryer.

This being the case, you can use the wok as a substitute for the Dutch oven if you need to. For one, the Dutch oven is often used for deep-frying food because it has the best heat retention. It can quickly improve upon your fried chicken, for example, by keeping the heat distribution throughout the cookware consistent you cook.

On the other hand, the wok also has superior thermodynamics and is known for working efficiently in high-fire situations. If you don’t have a tabletop fryer or a Dutch oven for more enormous fried chicken or fried pork quantities, get your wok and start cooking.

You can indeed use the wok for making food like French fries. No rule states that you can’t make western recipes on easter cookware. That’s just pickiness on the side of the cook.

There are also additional advantages with frying with a wok instead of a Dutch oven. Woks naturally have higher walls than the Dutch oven, so even if you fill the wok with plenty of cooking oil, the splatters are much more regulated, and you won’t end up with a greasy kitchen.

The higher walls of the wok also prevent the oil from boiling over and spilling onto your stove. Since woks are more expansive, the larger surface area also speeds up the dissipation of oil bubbles.

And finally, works are a joy to clean because all the cooking debris falls to the cookware center. After deep-frying, let the oil rest, and you will see that all the waste has already slid to the center. Drain the oil, and all that is left to do is to scoop up the debris, and your wok is ready for another round of cooking.

Despite having a multitude of possible uses, the wok is still essentially a frying pan. Frying food is the least healthy of all known cooking methods, so please understand when we can’t say that frying stuff is strictly healthy.

How does this contribute to healthier cooking? Precisely because the wok has higher heat retention, you no longer need a lot of cooking oil to use it. You get to cook with less fat, but you get great results with your eastern cookware.

Right before you lift the food, the oil content has already been drastically reduced. If you strain the oil further, you can cut the oil considerably, reducing the fried food’s overall fat content.

Seasoned wok users have also observed that the wok’s high walls help spread heat throughout the food, minus the need for more oil. Essentially, you can cook more food with less fat, and you will still be cooking more efficiently in the end. Despite being heavily associated with stir-frying, the wok requires the least oil among the known frying cookware.

When Should We Use Them?

The Dutch oven and the wok are multifunctional cookware, but there are specific uses where they perform more splendidly. Use your Dutch oven for oven cooking and stovetop cooking.

Don’t be anxious to use your Dutch oven over a high fire or even atop a campfire because these cooking vessels are built for high heat and plenty of punishment. Dutch ovens have exceedingly thick walls that are most ideal for stewing and braising.

You can also make bone soup and other slow-cooked recipes in a Dutch oven easily. Dutch ovens retain much of the heat that they receive, so that you can use your Dutch oven as a serving pot, too. We also recommend that you always cook in stages.

Cooking in stages means giving your ingredients time to cook well before adding more elements. Some components require less time in the pot, while others will do just fine being heated for six hours or more.

The modern, carbon-steel wok is best for high-heat cooking, especially stir-frying. Woks are made specifically for quick cooking with high fires, so you have to get used to the kitchen’s heat. Woks can also be used for deep-frying large quantities of meat.

While you can technically sink your meat with plenty of oil, remember that woks have high, even, and rounded walls that make it possible for you to cook with less fat. Less oil is often better, as it gives space for spices, sauces, and other ingredients without making the final product very oil. No one likes to eat oily food anyway.

When cooking with a wok, always remember that the elements are meant to be slid from side to side. The implication is you have to keep the ingredients sliced or chopped to more or less even pieces, so they cook evenly.

What Is the Best Air Fryer Oven to Buy?

What Is the Best Air Fryer for the Money?

Is It Bad to Leave Utensils in Food