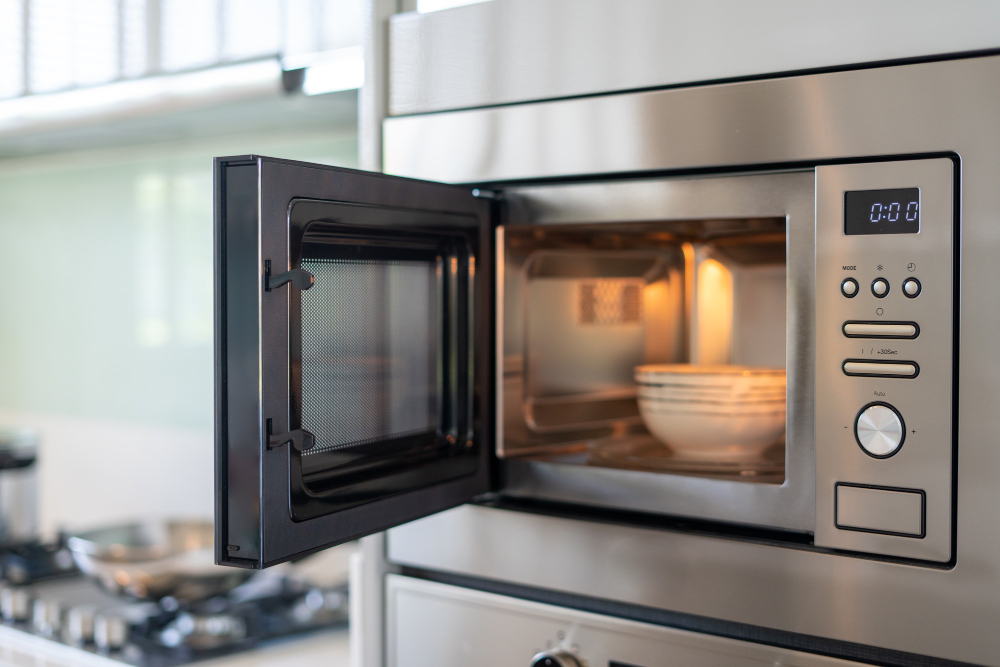 An entirely blank display should not appear after returning power to your microwave. However, a power outage should not necessarily cause any problems as modern microwave ovens already have plenty of failsafe features to handle simple things like power outages.

A blank monitor indicates no power to the control panel, frequently resulting from a blown fuse. Some people also want to know – does a microwave lose strength as it ages?

The ceramic fuse, which is placed close to the power cord where it exits the back of the device, is the most likely culprit. The thermal fuse can be accessed by removing the cover, which is less likely to be the source of the problem. The thermal fuse blows when the temperature reaches its maximum setting, but high temperatures are often associated with power surges, so it’s possible.

If you know how a digital or manual multimeter works, you can perform a continuity test to see if the microwave’s fuse has blown. This test is disconnecting the fuse and testing the resistance of each terminal using the leads of an ohmmeter, which should be close to 0.

The fuse has already if you measure resistance higher than 0. Even with the microwave unplugged, this is a dangerous procedure, so seek assistance if you are unsure of your electrical abilities.

Can A Power Surge Damage A Microwave?

Power surges can cause damage to household gadgets like microwaves. These brief yet severe spikes can damage your home equipment irreversibly. During these surges, your microwave, like other appliances, is subject to harm. Even if your beloved kitchen assistant survives a single power surge, numerous tiny attacks over time can gradually ruin its electrical circuitry. Using a suitable surge protector can help you extend the life of your microwave and reduce the impact of an unexpected power outage. Check that the surge protector on your microwave has a UL certification of 1449 for proper protection.

Power surges can be caused by thunderstorms, lightning strikes, and unexpected power disruptions. When a device in your home turns off unexpectedly, the voltage it consumes does not simply vanish. It instead moves on to another device or location where it can harm. For example, this boost could be directed at your microwave. Surge protectors and suppressors protect electrical gadgets and appliances at their outlets when power exceeds the peak level of 169 volts, preventing this problem. When the voltage becomes too high, a component inside the unit activates and quickly transfers the excess voltage to the ground, where it will not cause any harm.

Surge protectors are divided into two categories. One is the surge protector for the service entrance. This surge protector protects your entire house by halting surges at your meter or electrical panel when power enters your home for the first time.

These bad boys can withstand surges of up to 20,000 volts and provide considerable protection. An experienced electrician best installs service entrance surge protectors, but you shouldn’t mess with them because they are installed in potentially high voltage places.

How Do You Reset a Microwave After a Power Outage?

Why Isn’t My Microwave Working After a Power Outage?

A blown main fuse is the most typical reason for a microwave oven not working. If too much current flows through the main microwave fuse, it will shut off the power. When this happens, the fuse is termed “blown,” A new fuse must be installed before the microwave may resume regular operation. In microwave ovens, the main fuse isn’t the only one. Thermal fuses, cavity fuses, and thermoprotectors can all be used to stop the flow of electricity if the microwave overheats.

Is There a Reset Button on A Microwave?

You can reset your appliance in two ways. You can do a hard reset or a soft reset with the clock function.

Suppose you typed in the incorrect cooking time or mode and want to modify it. A soft reset is something you can try. For instance, simply shutting off the microwave oven to cancel or erase the program you’ve entered in the microwave is a soft reset. To accomplish this, hit the Clear or Off button.

The microwave’s Control Locked feature can be addressed by pressing and holding the Off/Clear button for around 3 seconds. If you accidentally press this button when microwaving, all you have to do now is urge it to return to the desired setting.

If the microwave’s Off/Clear button becomes stuck and isn’t canceling the wrong program you entered, you’ll need to make a hard reset.

The following instructions provide the steps for resetting a microwave:

Can Plates Get Mold

The Best Steel for Kitchen Knives: Is Damascus Steel a...