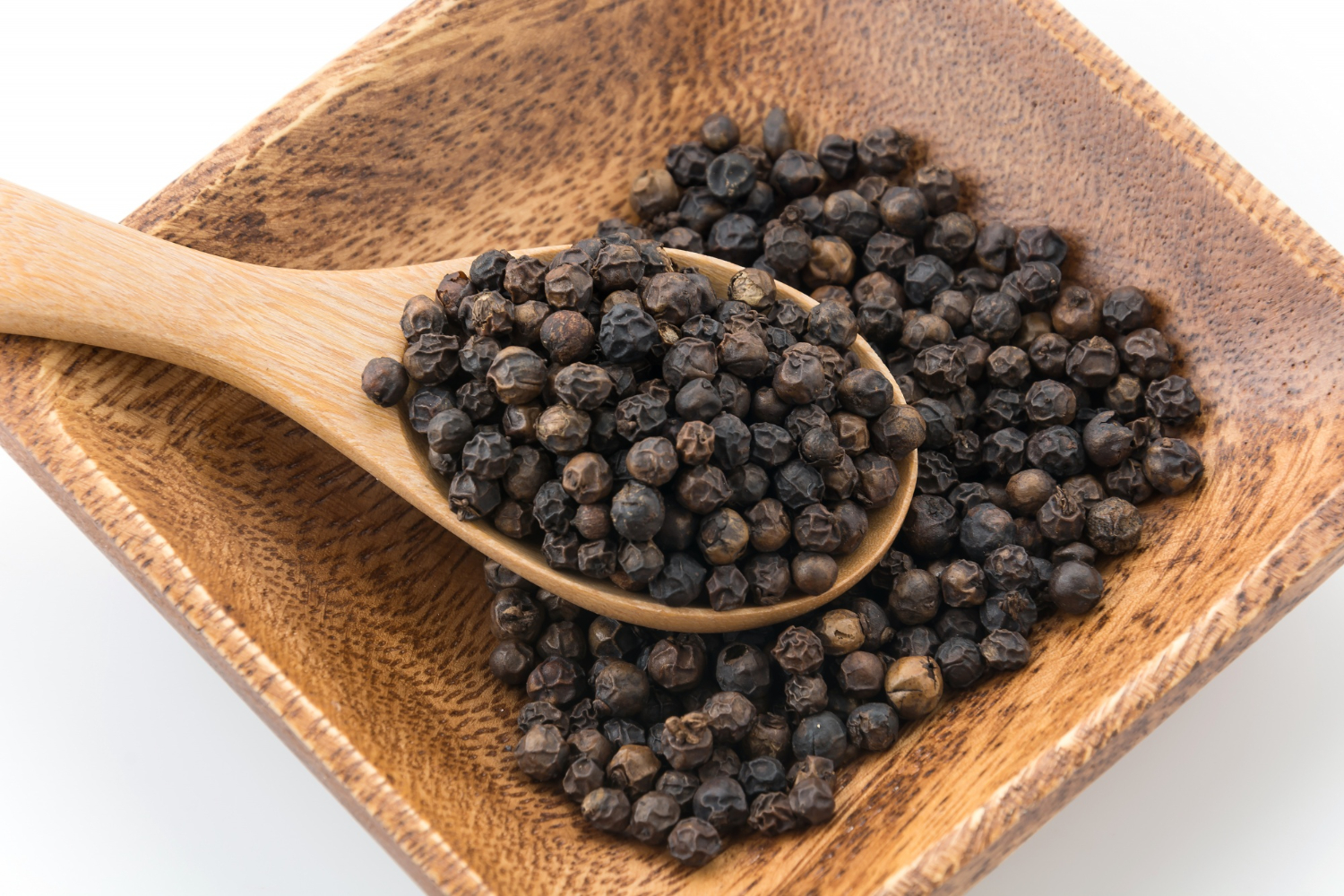 Salt and black pepper are two of our favorite condiments, and you’ll find them on almost every dinner table in America. It’s a great way to add a savory and spicy taste to classic dishes, and it’s also infamous for causing sneezing with just a smell. But did you realize that the black peppercorns we use in cooking are the fruit of a flowering vine? Furthermore, all peppercorns of all hues come from the same plant; the only variation between white, green, and black peppercorns is the degree of maturity.

Since ancient times, peppercorns have been used as a seasoning and in folk medicines, with black pepper being the most widely traded spice on the planet. Black pepper’s strong flavor comes from piperine, distinguishing it from the capsaicin spice found in chili peppers. According to the USDA, black pepper is a moderate source of manganese, iron, Vitamin K and a trace quantity of dietary fiber.

Because it can irritate your dog’s sense of smell as well as their stomach lining, black pepper has no actual health benefits for them. It is, however, non-toxic to dogs and has no serious health risks when taken in tiny doses.

When taken in large numbers, the piperine that gives black pepper its particular aroma can irritate a dog’s digestive tract. This can result in nausea, puking, and diarrhea, all of which suggest that your dog needs to see a veterinarian. It can also cause respiratory problems and, in extreme cases, choking. So, if your dog eats black pepper, make sure to keep an eye on them and give them lots of water.

Because of its pungent stench, most dogs will instinctively avoid black pepper, despite the potential health risks. Furthermore, it disturbs a dog’s sense of smell to the point where most dogs avoid eating it or even being near it.

For dogs, black pepper has been used as a chewing deterrent. It usually works when owners sprinkle a little black pepper on an object to keep their pets from chewing on it.

Is Black Pepper Toxic to Dogs?

Black pepper is a famous spice and condiment used in many cuisines worldwide because of its peppery and spicy scent. But is black pepper toxic or safe for cats? Black pepper is manufactured from the peppercorn fruits of the Piper nigrum plant, and this flowering vine is endemic to South India and belongs to the Piperaceae family. There are six different types of black pepper in the world.

No studies have been done specifically on whether black pepper is safe or hazardous for cats. However, we can promise you that dogs dislike the peppery aroma and are unlikely to ingest this spice or food containing it. In addition, black pepper oil was produced, and the fact that it is used as a repellant indicates that these animals dislike the smell.

Black pepper includes both terpenes and essential oils (3 percent essential oils), which are known to be poisonous to cats, especially when directly swallowed (over time, causing kidney damage), so black pepper may be toxic to cats over time.

On the other hand, the FDA believes its essential oil to be generally recognized as safe for use in food and to have no known side effects.

Finally, several home cures state that this spice repels dogs, implying that it is a strong repellant that pups will not ingest.

Will Black Pepper Keep Dogs Away?

If your dog is causing problems with your plants, black pepper is a safe, quick, and economical solution. Many animals dislike black pepper because of its taste and odor, and animals may be more inclined to avoid the plant if you spray it with a black pepper solution or sprinkle it on it. You may only need to perform it a few times before they understand, at which point you can stop practicing. This technique can also be used on exterior plants that are at risk from wild animals.

Why Is Black Pepper Bad for Dogs?

Of all, just because tiny doses of black pepper are probably safe for dogs to consume does not imply they enjoy it. Black pepper, when used in significant amounts, has a spicy flavor that most dogs dislike. In addition, if your dog inhales black pepper (for example, if it spills on the floor), it may create a burning feeling in his nose, causing him to sneeze uncontrollably.

You should not purposefully add black pepper to any food you are cooking for your dog, just as you should not intentionally add salt to any food you are cooking for your dog. Use your best judgment if you wish to share some of your food with your dog that contains salt or black pepper. For example, if you’re eating grilled chicken breast seasoned with a pinch of salt and black pepper, it’s probably safe to share it with your dog (in moderation, of course). It’s advisable not to serve your dog a peppercorn-encrusted steak or other intensely seasoned meal with lots of black pepper if you’re eating it.

Black pepper has no health benefits for dogs, and dogs don’t like the taste of black pepper as much as humans do. Because of these factors, it’s advised to avoid using this seasoning on dogs.

Can You Eat Dragon Fruit with a Nut Allergy