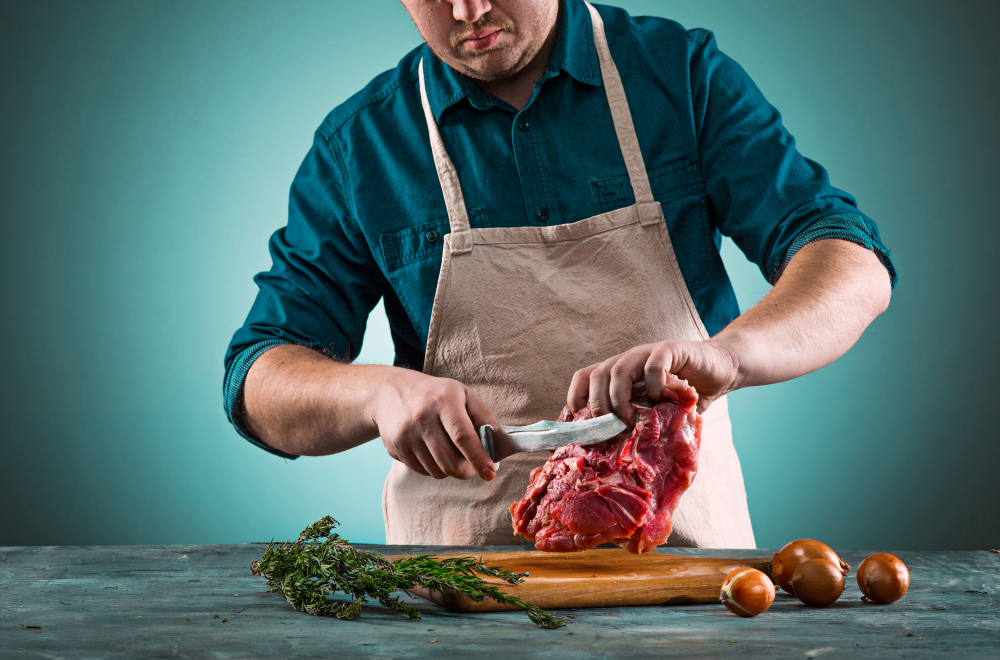 You may want to consider using a separate knife and cutting board when preparing raw meat and fresh food. Salmonella found in raw meat can be easily transported by using the same cutting tools.

It is common for germs from raw food to enter food ready to consume, resulting in food poisoning. Whenever hazardous bacteria are transmitted from raw food to pre-cooked food, it’s referred to as cross-contamination. That’s why it’s a crucial decision for home cooks to pick a superior cutting board that resists damage even during heavy use – like heavy plastic cutting boards.

Germs can spread by cross-contamination, which can lead to foodborne illness.

As a sample, cooked and juices can contaminate ready-to-eat foods from raw meats or germs from filthy things. Luckily, you may dramatically lower your risk of food poisoning by following a few straightforward measures when you shop, store, cook, and transport food.

In humans, salmonella bacteria can cause gastroenteritis, a common infection symptom. However, even in the most severe cases of salmonella infection (which can spread to the blood, bones, and even the fluid surrounding the brain), these types of conditions are sporadic.

Cross-contamination is a significant and preventable source of food poisoning. A foodborne infection affects an estimated 600 million individuals worldwide each year.

People’s age, health, and immune system strength all play a role in how likely they become infected. Additionally, the number of bacteria in the digestive system can affect whether a person feels ill.

Can Salmonella Get in Through a Cut?

Salmonella can be contracted from an open wound, even though this is a rare occurrence. Food poisoning-like symptoms can also occur during the wound contamination.

Salmonella can cause an open wound to become infected if the injury has been polluted. Ensure to inspect early signs of infection: reddish, swelling, or pus-filled laceration. Due to pus, the region may seem red, gray, or green in hue.

Can You Cut Vegetables and Meat with The Same Knife?

When preparing meats and vegetables, it is best to use separate knives and cutting boards to prevent food contamination. Salmonella and other forms of bacteria can easily be spread to fresh food.

It’s harmful to consume raw vegetables if you don’t boil them first. However, if you’re cutting, steaming, and boiling the vegetables—then you shouldn’t have any issues.

Is It Okay to Cut Vegetables on a Cutting Board After You Have Cut Raw Meat?

If you don’t have another cutting board, you can still use your sole cutting board. Just make sure to meticulously wash and disinfect your cutting board to prevent the occurrence of foodborne illness and complications.

We all desire to protect our loved ones from harm. Still, a single error might result in catastrophic illness when it comes to food handling and preparation. For example, even a small amount of salmonella can cause food illness in undercooked foods.

Using a cutting board that is first used for cutting raw meat is not recommended. Bacteria can quickly penetrate the lacerations of your cutting board, making it prone to food contamination.

How Do You Clean a Knife After Raw Meat?

Cleaning a knife that has been used for raw meat is crucial in preventing cross-contamination. Follow these easy steps to sanitize your kitchen utensils for your food safety.

Which Knife Does James Martin Use