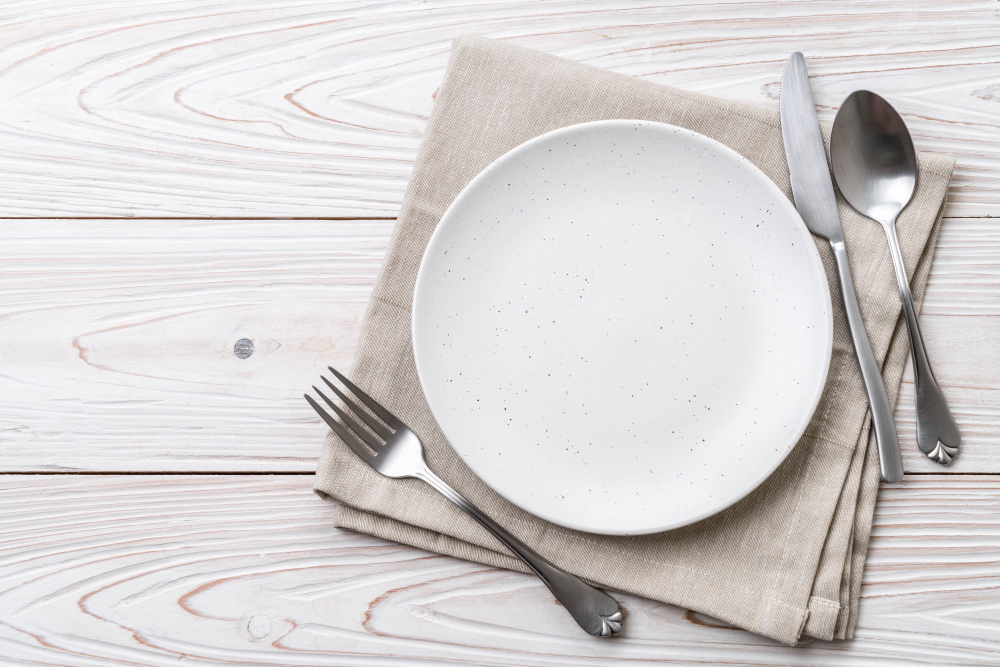 Throughout history, cutlery and flatware have undergone steady modification, which has continued into the present day as changes in diet and tastes are interpreted and served by cutlers and silversmiths to meet the needs of the public.

Cutlery comprises knives (literally, cutting implements), but it also includes components with knife handles, such as carving forks and carving steels, when used as a general phrase. Spoons and forks are examples of flatware, which are objects that are first manufactured flat and then pounded or pressed into shape.

In 18th century culture, silverware was often associated with wealthy women of the upper social classes; as a result, moneyed households would have their monogram carved into the handle of their silverware. As a result of its weight, low cost, and versatility, plastic has effectively replaced most kitchen materials such as wood, glass, and metal and has grown in popularity.

The term “silverware” was coined because silver was frequently utilized in flatware production. However, the use of more sophisticated utensils made of wood, shells, or later metal, such as bronze, iron, and steel, began long after humans progressed past the use of rudimentary tools fashioned from bone and stones. When the Romans arrived, they introduced the use of silver for utensils and jewelry.

What Is the Difference Between Flatware and Cutlery?

Flatware is the term commonly employed when attempting to be accurate in our descriptions of things. For example, when it comes to tableware, a business that sells flatware will probably take care to refer to the stainless spoons, forks, and other utensils as flatware rather than “silverware” so that no one gets the sense that they are made of silver, or that they are being accused of deceptive advertising.

The popularity of spoon-forks, a combination spoon and fork, began in the 17th century. The custom was fully entrenched by the time forks gained the third prong, and sets of corresponding table knives were created—reduced from the old carving knife sets for individual use—by 1800.

Because of its low reactivity to chemicals, silverware has long been a preferred choice for eating utensils. Silver is even less reactive than gold in terms of chemistry.

If you’re using utensils made of different metals, you may notice a strange taste in your mouth. In terms of both quality and style, silverware made of real silver is the most excellent option.

Authentic silverware has a distinct appearance and feel. Displaying your sterling silverware set when you’re not using it could be good. High-end flatware can be beautiful as well as long-lasting. In addition, it’s a lot more practical overall.

Is Flatware or Silverware Better?

Flatware, forks, knives, and spoons are generally classified. Still, silverware, which consists of any utensil or object made of sterling silver or silver-plated silver, is classified as such.

Have you ever been perplexed about the distinctions between flatware and sterling silverware? Over the years, individuals have used these terms interchangeably, but there are some differences between the two due to their durability, price, and quality that should be noted.

Each has a distinct attribute that distinguishes it from the others, and knowing which is better to use depends on the style of table setting you would like to create and the type of food you want to serve.

Silverware includes flatware, dinnerware, or an ornamental object gray metal metallic in the modern lexicon. Tableware includes stainless steel forks. A candlestick plated with silver is silverware. Then there’s a silver plate, which is silverware.

No matter its initial definition, the phrase “silverware” has evolved into an all-purpose term. Using wood, shells, and later metal, people developed more advanced utensils after moving beyond using rudimentary tools made of bone and stone.

In the ancient Phoenicians, silver pots were used to keep the water clean, and sailors threw silver coins into their benefit to keep it from deteriorating on lengthy travels before refrigeration existed.

To put it another way, silver’s oligodynamic properties render it lethal to a wide range of microbes and living cells. Flatware was known initially as “silverware” because of the prevalence of silver in its manufacture. However, when the Romans arrived, silver tableware became commonplace.

Even though silver utensils had incredible powers, most people could not afford them. This is because silver was a pricey metal, and only the most well-off could purchase its products.

As a result, silver and silverware became connected with wealth because silver was a popular and prudent choice for utensils.

What Is the Difference Between Tableware and Flatware?

As opposed to flatware, dinnerware includes the plates, bowls, and other objects used at each place setting and is usually sold as a set. A cup and saucer set is also included in dinnerware, consisting of a dinner plate, bread plate, soup bowl, and a cup.

At the dinner table, each place setting contains a set of metal silverware, known as flatware. Flatware sets typically include a knife, fork, and teaspoon, although other items such as a salad fork, bread knife, and dessert spoon may also be included.

Some four-piece dinnerware sets do away with the cup and saucer in favor of a mug. When entertaining, having matching dinnerware and flatware sets makes the table look more put together.

Dinnerware or crockery are sold as sets of plates, bowls and utensils used to serve, display, and set the table. Cutlery, glassware, serving utensils, and other functional and beautiful items are included in the set. Setting the table for a meal or serving food requires tableware. Porcelain, ceramics, and glass are all good materials.

Tableware is influenced by religious, cultural, and culinary traditions. Serveware, dinnerware, silverware, and drinkware/glassware are the four main varieties. Tableware can be found for any occasion, whether for everyday usage or a large gathering.

Why Does My Cutlery Smell

Can Any Wood Be Used for a Cutting Board?

Can You Wear Nail Polish In A Kitchen