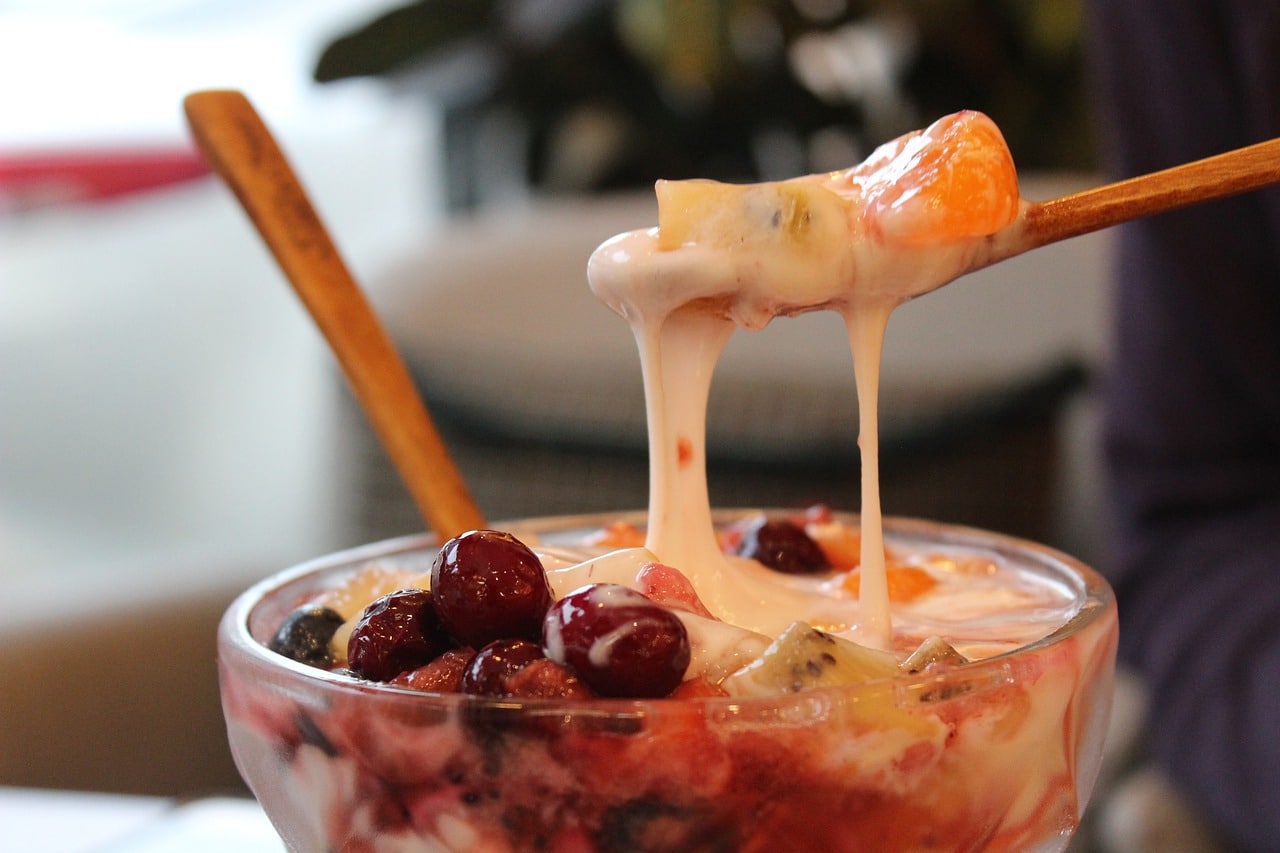 When Yogurt Gets Watery

Do you often think about the watery portion of yogurt when you have a half-finished cup sitting in your fridge? Do you worry that the watery part is inedible or might be the byproduct of a spoiling yogurt?

Why Does My Yogurt Get Watery?

Yogurt is a fermented milk product. What is done is the manufacturer heats milk to a scalding temperature. The temperature is enough to scald but is not sufficient to kill good bacteria in the milk. Good bacteria’s starter culture is often added after the yogurt has been cooked and cooled to the right state.

The cooking process denatures the natural proteins in the milk, causing some of its components to separate. Such is the case for the watery substances that you see rising to the top of your yogurt.

This water substance is a combination of water and one other compound called whey. Whey is a natural part of milk, and it tends to separate from the solid mass of the yogurt when everything settles down.

The presence of whey does not denote anything other than the yogurt is undergoing physical changes and not chemical changes. The yogurt is not spoilt or dangerous at this point. Food experts say that when you see the whey separating from the more solid part of the yogurt, get a spoon and mix the whey into the yogurt again. Despite being mostly liquid, whey can make the entire serving creamier and better-tasting. Furthermore, there are also traces of nutrients in the way, like calcium and phosphorous. Why throw away nutrients, even in small quantities?

In particular, Greek yogurt tends to surface plenty of whey and people who aren’t aware of how yogurt works tend to be afraid of the watery substance. But then again, there is nothing to fear because whey is edible, just like the rest of the yogurt, and it has nutrients.

It’s quite understandable why many people are fearful of the watery part of yogurt. For one, the watery part isn’t exactly appetizing. Whey is naturally cloudy, and the more whey is on top of the cup, the cloudier the liquid gets. Yogurt is a very sensitive type of food, and with all of the movement and vibrations that it receives from the factory to the supermarket, whey is bound to separate. That’s why you should pick up a spoon and mix the whey in again – and enjoy your healthy yogurt.

Is Yogurt Okay To Eat If It’s Watery?

It is absolutely fine to eat yogurt that has a lot of water. If you don’t want to see the yogurt’s watery part, we suggest that you give your cup a quick shake before opening and eating it. The shaking or mixing will reintegrate any water and whey formed or moved to the top of the cup.

However, as the yogurt settles again, the whey is bound to rise again. But at least you know now that the watery part is edible and is just a natural part of the yogurt.

Can Yogurt Help with Constipation?

The 10 Best Snacks with Avocado

Do Pan Fried Dumplings Have Gluten