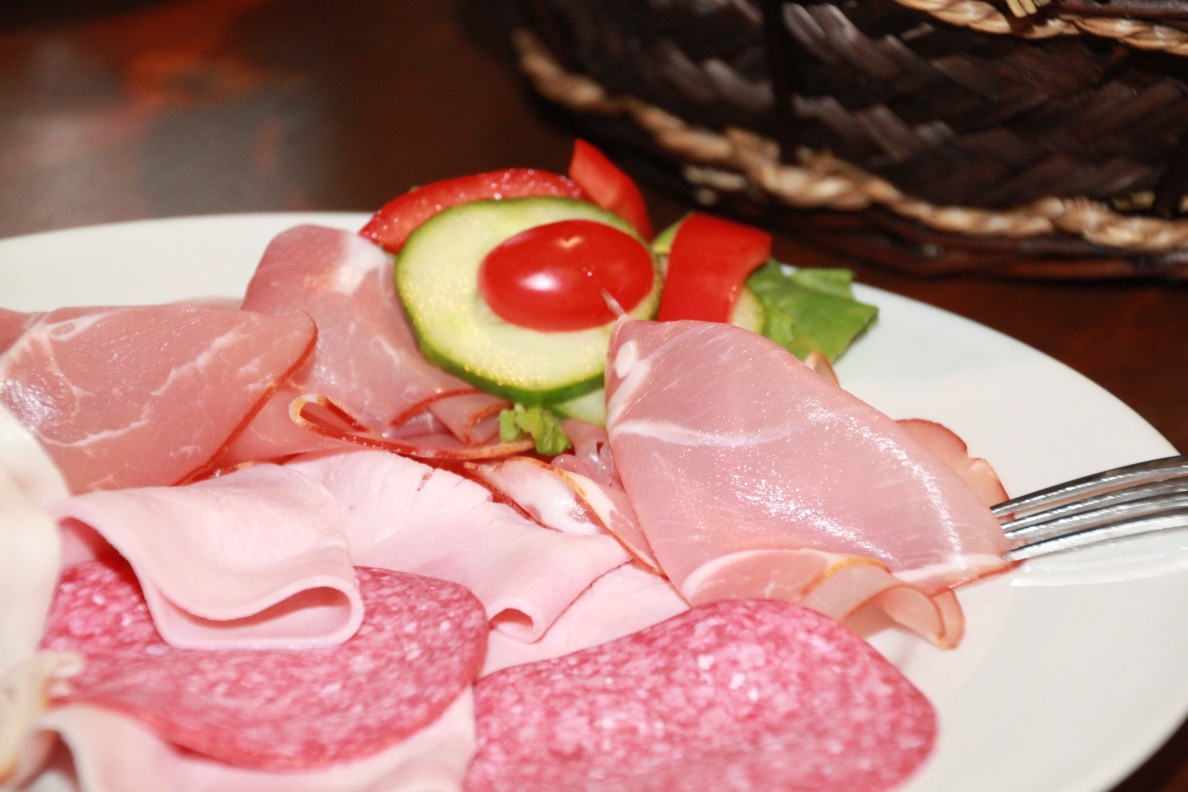 If you want to freeze deli meat because you have a lot of space in the freezer but aren’t sure if this is the best way to go about it, we’re going to give you some tips on storing those juicy morsels.

How Long Can You Keep Deli Meat in The Fridge?

If you have already opened a pack of deli meat and you have some leftovers in the fridge, you can only safely keep the leftovers for three to five days, at most. Before you open them, you can safely store in the fridge for fourteen to fifteen days. This is the maximum. Any longer than this, and you may encounter some issues already with food safety. The temperature of the refrigerator should be 4.4°C, which is about 40°F. If you can go lower than 4.4°C, do so. However, 4.4°C is the average that most refrigerators can manage, even with the newer brands and models. Either way, the point here is that deli meats aren’t meant to be stored for a month in the fridge.

Can deli meat be frozen?

The short answer is you can safely freeze lunch meat or deli meat for longer storage times. If you intend to store unopened or opened deli meat packages for more than two weeks, your only safe option is the freezer. Otherwise, the deli meat may go bad in the process.

Can You Thaw and Refreeze Deli Meat?

Freezing deli meat is a top option for keeping deli meat for longer periods. However, the big question is can you freeze, defrost and freeze again? The general rule for all kinds of food, regardless of packaging and cooking method, is once you have frozen the food and thawed it out once, you cannot freeze it again.

We know that this is confusing, but hear us out. While cooking kills bacteria and different pathogens that cause foodborne illnesses, freezing doesn’t kill them. That’s right: when you freeze food, the pathogens enter a state of stasis, which won’t kill them outright. Freezing wasn’t meant to kill parasites, viruses, and bacteria, either. Freezing is meant to retard bacteria and other pathogens’ growth, so there won’t be multiple on the food’s surface. Bacterial growth can cause foodborne illnesses, so we freeze meat and chill vegetables and fruits after washing and packing.

Once you have thawed out a pack of deli meat, you must not freeze it again. When you thaw that pack once more, any bacteria on the surface will grow at an unprecedented rate, causing a health risk.

Yes, deli meats freeze well, and there’s nothing wrong with putting them in the freezer for long-term storage.

Can you freeze deli meat?

Deli meats can be frozen easily. If you have unopened deli meat packages, place them in the freezer, and they will keep for two months or more. Processed meats that are vacuum packed may last far longer – check the expiration dates of these packs when you buy them. The main problem with freezing deli meats is not spoilage but damage to the meat. Long-term freezer often damages the texture of all kinds of meat, from deli meats to fresh meats.

To protect the meats from damage, we recommend putting an extra layer that protects the meat from freezer burn. The extra layer of protection needs to be as airtight as possible – the less air, the fewer issues with the meat later on. If you want to make your deli meat as fresh as possible even after freezing, you can make it twice as secure with an additional layer of aluminum foil before you place the package in a freezer bag. Whenever possible, use a reusable freezer bag made of silicone. Silicon freezer bags can protect your meat from freezer burn better than thin plastic freezer bags.

What about cured meat? Cured meats like pepperoni can keep longer in the freezer. If the deli meat average package only lasts for two months, pepperoni slices and the rest of the cured meat family can keep for three months or more. That’s how effective the curing process is.

What Is the Best Way to Store Deli Meat?

How to freeze deli meat? The prepackaged variety of lunch meat is the most suitable for long-term storage. The first thing about how long you intend to keep the meat in your fridge or freezer. If you consume everything in one to two weeks, place the deli meat in the fridge and not the freezer. You’re safe for about two weeks, as these will keep for about the same time with no issues. It’s different when you have opened the package already. If you have consumed about half and you still have some left, freeze the remaining cuts, and you have to consume everything the next time you thaw everything.

The important thing here is you don’t let the remaining package reach room temperature. That’s when things get awry. Room temperature is the ideal temperature for growing bacteria on meat.

Can you use other freezer-safe containers? Of course. As long as the container is stable, durable, and airtight, you can use it for your deli meats. We do not recommend cutting the vacuum seal on prepackaged deli meats as the vacuum seal greatly helps prevent freezer burn. However, for the sake of being more organized in your freezer (and perhaps, for easier labeling), you can use other containers that are more convenient for you.

What about defrosting your lunch meat? You can use any defrosting method you’d like, but the FDA warns against defrosting any food or meat at plain room temperature. If you are in a rush, your best bet is to defrost meat in a basin of water with the tap on. The drops of water over the package will hasten the thawing process, and in less than thirty minutes, your deli meat will be ready for cooking.

Can You Eat Dogwood Berries