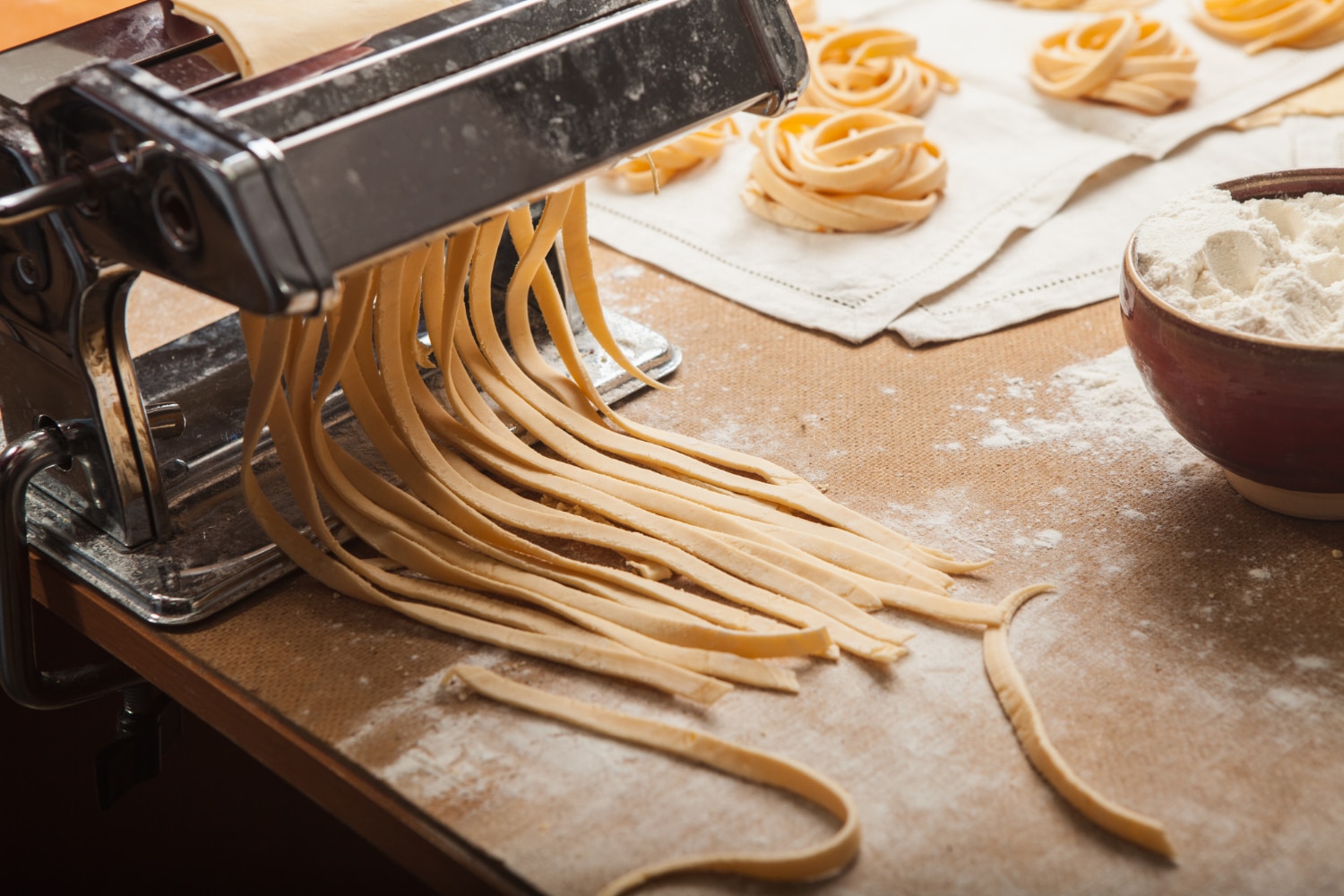 Pasta is a staple dish in Italian cuisine and other parts of the world. This food item has a variety that can be based on taste, shape, ingredients, and origin. In terms of ribbon pasta, the two well-known variants are linguine and spaghetti. These two are pasta types that both have a long, thin, rope-like appearance.

Despite its similarities, you can differentiate spaghetti from linguine. Spaghetti has a rounder, elliptical cross-section, while the linguine has a flatter, ribbon-like appearance. With this taken into consideration, you can say that spaghetti and linguine are both ribbon-type pasta, and they can be used in similar recipes.

Is Linguine Thicker Than Spaghetti?

People who have minimal knowledge about pasta differences might think that linguine and spaghetti are the same pasta variants. While these two kinds of pasta sit next to each other on your store shelf, it takes a quick observation to differentiate these pasta variants. Linguine is way thicker than spaghetti—and it is done possible due to its shape.

When to use linguine?

Linguine can be defined as the broader and flatter version of spaghetti, with a thickness ranging from 6-9 millimeters wide. If made fresh, this could be done by laying the pasta flat until it is paper-thin. Afterward, it is stripped into thin, ribbon-like strips.

The pasta linguine is derived from the same name that means “little tongues” because of its tongue-like shape as wheat. Due to its thicker strips, linguine is commonly served with thicker sauce and richer proteins. Heavier sauces made with cream or tomato (like alfredo sauce and Bolognese sauce) work well on linguine.

In every pasta’s rule-of-thumb, thicker pasta can work perfectly with thicker sauces. Chunkier pasta sauces like vodka sauces with tomato chunks can complement the linguine’s shape. The linguine’s vast body can weave into the fork, providing enough support to carry large forms.

When to use spaghetti?

As abovementioned, spaghetti is the rounder version of linguine. The long, round strands of this pasta variant are known not only in the United States but also in different world areas. The word spaghetti means “little twine,” and it fits perfectly since spaghetti noodles do like white twines. Other variants of spaghetti pasta are the following:

Spaghetti works perfectly on lighter sauces like olive oil or marinara. Simple spices complement the pasta’s thin strands, and they can unleash the natural flavor of your pasta. Using thicker and bolder flavors might produce mushy pasta and could be harder to eat.

Can You Substitute Linguine for Spaghetti?

Spaghetti is commonly available on durum wheat semolina, but some manufacturers might use other variants of wheat flour. Gluten-free spaghetti also comes accessible on the market, knowing that there are some with low gluten tolerance. This variant uses a mixture of corn and rice mill to emulate the grainy texture of wheat flour.

Technically, the pasta’s thickness should correspond with the sauce’s thickness. This is done to provide structure and bolder flavor that suits well on specific pasta. Linguine is known for its thicker texture. That is why it is paired with rich proteins like beef Bolognese and seafood mix.

However, linguine can still be substituted for spaghetti. While there is a “rule-of-the-thumb” method for the sauce-pasta portion, you can still substitute linguine for recipes that require spaghetti noodles. This might affect the overall taste and bite of your dish, with the factor of requiring a thicker version of your sauce.

Here are some methods to thicken your pasta sauce to suit your linguine:

Which Is Thinner: Linguine or Spaghetti?

Linguine and spaghetti are two different kinds of pasta and could not be interchanged. If you want thick pasta for your thick sauce, using linguine noodles is highly recommended. Thinner pasta sauces like olive oil-basil-garlic mix require more delicate pasta like spaghetti. To fully understand how to select the right pasta for your sauce, you might consider checking the following:

What Kind Of Tea Do They Give You At Chinese...