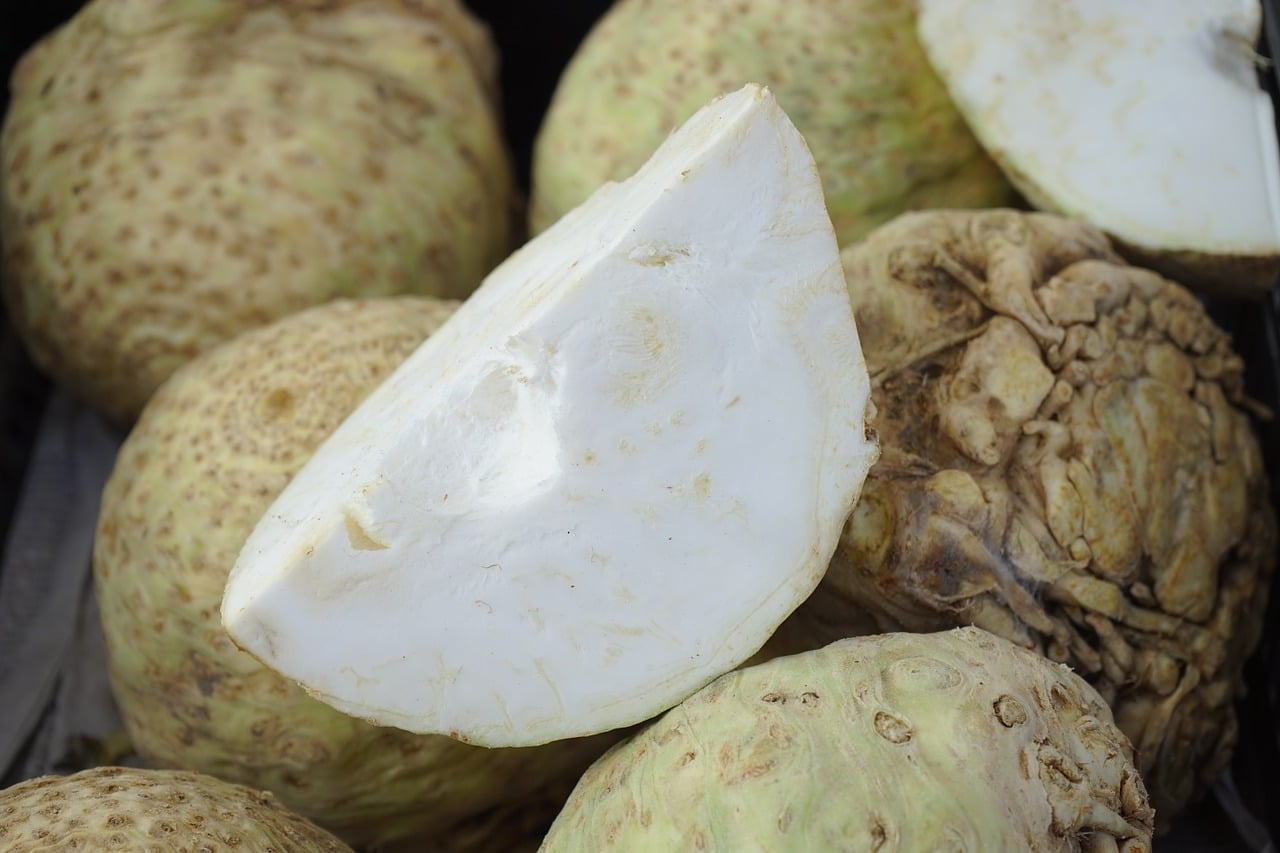 Celeriac or the celery knob is a relative of the celery and is a most versatile vegetable for almost any kind of cuisine. It’s called a celery knob because that’s what it looks like – a fat knob. The celeriac doesn’t grow the long stems and leaves associated with celery.

The vegetable is the root, and the root has amazing flavors. People usually slice the celeriac thinly for stir-fry recipes and salads. You can also julienne the celeriac and add it to any recipe that requires flavors similar to parsley and celery.

If you badly need a substitute for celeriac, there are many possible substitutes. The simplest substitute is the parsley root. The parsley root has a much strong flavor, so you may want to cut down the amount slightly you won’t become overwhelmed by the flavor. However, if you’re a big fan of celery, substitute equal amounts and get the kick of flavor you’ve been looking for.

Your second option is celery. Celery and celeriac are related, but they are different plants. The flavor profile of celery is milder than celeriac, so if you want, you can add more celery to achieve the more robust flavor associated with celeriac.

If you want to head over to Mexican ingredients, the jicama is also a good substitute. It’s a yam bean that curiously has a strong flavor.

Next on our list is carrots. Yes, we know it’s a big surprise but hear us out. Chopped carrots that have been seasoned with ground celery seed will produce the same flavor orientation similar to celeriac, with the added boost of sweetness. And finally, we have chopped turnips. You can use chopped turnips in place of celeriac if you have some celery seed at home, too.

How to Eat Fennel: What Is the Taste Like? The Best Dishes That Match Fennel

Can You Grind Coffee Beans in a Food Processor?