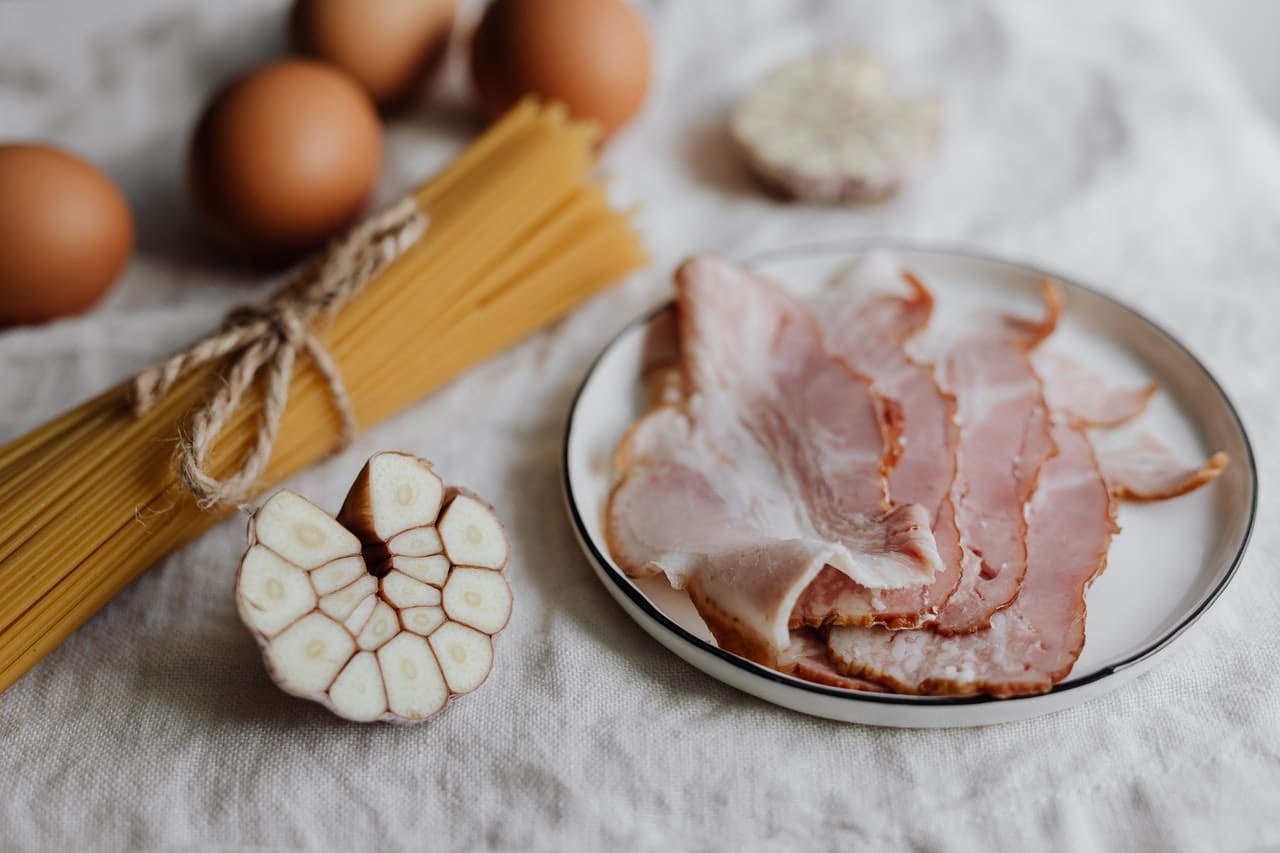 Thinking of cooking uncured bacon? What is dry-cured bacon anyway? And where to buy uncured bacon? Uncured bacon is available in supermarkets, farmer’s markets, and online. And while people are becoming more and more interested in the idea of shifting to uncured bacon, perhaps it’s time that we took a closer look at how these kinds of bacon differ from each other so that you can make a solid choice on market day.

Bacon is probably one of the most recognizable meat products in the West, and it is omnipresent in restaurants and diners around the United States. Bacon’s sizzling, fatty goodness is what keeps people coming back for more, and the classic American breakfast isn’t complete with white bread, eggs, and bacon. Bacon manufacturers are always thinking of ways to entice more consumers to buy more bacon, and it’s no small wonder that people are also thinking of shifting to healthier alternatives because of some of the downsides of eating bacon regularly.

Conventionally prepared bacon tends to be high in sodium, saturated fats, and total fat content. In short, if you are consuming a lot of bacon daily, you are going to be getting a lot of calories from fat. This makes bacon perfect for keto diets and other diets that rely on fats and protein. But for the most part, it’s not going to be viewed as healthy by folks who emphasize the consumption of lean meats and vegetables.

What’s the difference between cured or uncured bacon?

Bacon is cured, so manufacturers pack them with salt, sugar, and flavorings. Curing bacon ensures that the meat is preserved, and some manufacturers also smoke their bacon to give the meat the characteristic flavors that people love in smoked bacon. What differentiates conventionally prepared bacon from uncured bacon are the ingredients used in the preparation of the pork.

Conventionally cured pork makes use of salt and nitrates, while uncured bacon is made with (of all things), celery because it contains natural nitrates before salt is added. Manufacturers of uncured bacon can also use additional flavorings to make the bacon taste great. Manufacturers are not required to indicate that their bacon is uncured, and it should be noted that uncured bacon may also contain nitrates from natural sources.

Which is better, cured or uncured bacon?

If we take a closer look at how nitrates work in the body, it would appear that getting nitrates from bacon over a longer time would predispose people to cancer, because inside the body, nitrates can eventually be transformed to a carcinogen known as nitrosamines.

What’s interesting in this situation is that nitrates are also present in other kinds of food (naturally), even in vegetables. Still, the risk of developing cancer because you are constantly eating vegetables with some nitrates content remains low. It appears that the risk of suffering from carcinogens is low mainly because vegetables and fruits contain vitamin C and other essential nutrients, and the presence of these nutrients seems to prevent naturally occurring nitrates from being converted into carcinogenic compounds once they are consumed.

According to the World Health Organization, the risk of developing colorectal cancer increases with the consumption of processed meats, including bacon. This is probably the reason why there has been a jump in the interest and purchase of uncured bacon in recent years because people are already avoiding the artificial nitrates used in conventionally prepared bacon products.

Quality-wise, uncured bacon tastes closer to the “real thing,” which is pork belly, because the curing process is less invasive, and the ingredients are more natural. So when you purchase uncured bacon, don’t expect it to taste like regular bacon. Uncured bacon also tends to be saltier because it has to be processed longer.

The meat sits in the brine solution for a longer period, and this means the meat absorbs more sodium. Take note, however, that this shouldn’t discourage you from trying uncured bacon because the brining step is just one of many steps that eventually produce what we know as the bacon itself. Uncured bacon may eventually be smoked, or other flavorings may be added eventually to improve the flavors of the meat.

As of this writing, it is not clear if the naturally occurring nitrates in celery are any better from the nitrates that are used in regular bacon. Both kinds of bacon are still high in fat and sodium, so both types of bacon are not ideal for people who condition like salt-sensitive hypertension.

Saturated fats are problematic for anyone who wants to maintain their heart health because saturated fats are solid at room temperature, and they also encourage the increase in LDL or low-density lipoproteins. LDL is considered bad cholesterol, and having too much of it in your system can eventually lead to fatal blockages in your blood vessels. Blood vessel blockages can cause traveling clots, stroke, and even heart attacks.

If you are trying to cut down on your risk for heart disease, it might be a good idea to cut down on meat that is generally high in sodium and saturated fats. If you are going to consume bacon, the idea here is to make sure that your portions are not too much, and you can practice effective portion control whenever you are eating not just bacon, but any other kind of meat.

Can Avocado Cause Green Poop

Dragon Fruit Vs. Avocado: Which Is Healthier