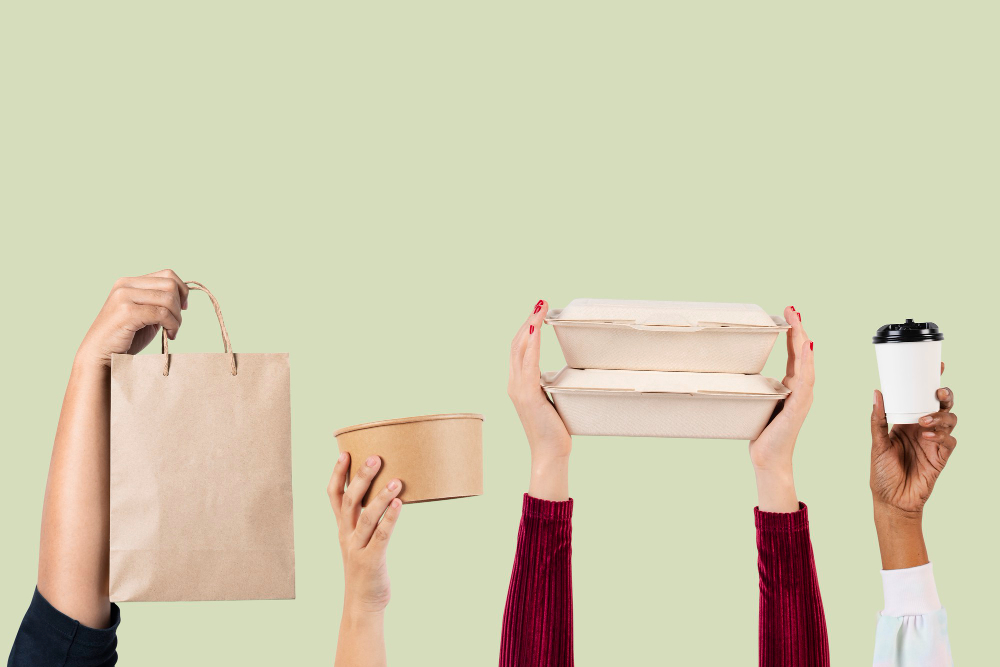 Take-out containers are ubiquitous, and the last two years of the pandemic have resulted in an even bigger explosion in demand for take-out food containers. Uber Eats and Grab ensure that people get their meals as people dodge the virus. The big question now is can you reheat food using the take-out containers used by restaurants?

Can You Put Plastic Containers in The Oven?

Frozen dinners are frequently packaged in plastic trays with a plastic film covering the top. While most people cook these meals in the microwave, the guidelines in some states are that you may bake them in a standard oven by placing the plastic trays on a baking sheet. Does this imply that plastic containers can be used in the range?

At any temperature, plastic containers should not be considered oven-safe. For example, polypropylene, the most common plastic storage container, has a melting point of 240-260° F (115-125° C), whereas the usual cooking range in an oven is 350° F (177° C). Even before it melts, the plastic becomes soft and may release hazardous chemicals.

Crystallized polyethylene terephthalate (CPET) is a commercial-grade plastic that can resist temperatures of up to 400°F (204°C). These are the types of plastic found in frozen meals. However, it is not recommended that they be reused. Some plastic containers aren’t made of CPET and aren’t suitable for the oven. The majority of containers are polypropylene, although a few, like the Rubbermaid Brilliance, are made of Tritan plastic. In the range, neither of these should be utilized.

Can You Put Cardboard Takeaway Box in The Oven?

You can’t put a cardboard takeaway box in the oven due to the fire risk. However, there are other containers that you can use to heat leftovers from takeaways.

Oven-safe cookware can tolerate high temperatures in the oven (up to 500 degrees Fahrenheit) for long periods without melting or becoming damaged. Most oven-safe cookware may also be used on the stove, making them cost-effective. However, cookware with plastic handles in the oven is a no! no! Plastic is known to melt when exposed to high temperatures, releasing harmful vapors that could contaminate your meals.

When you put non-oven safe pans or pots in an oven, you risk damaging both the cookware and the oven. In addition, because the oven operates at such high temperatures, it could also be a fire hazard. For these reasons, it’s critical to invest in oven-safe cookware.

Check all cookware going into the oven for the oven-safe symbol. When selecting a pan, look for a mark indicating that it is safe on the bottom of the pan. Most brands make a point of emphasizing this in their unique way.

Next, check for any plastic in the cookware that could be destroyed if used in the oven. Next, identify the pan/pot’s material, as each material reacts to heat differently. And lastly, do look for a non-stick surface, such as Teflon, and ask the manufacturer about the appropriate temperature for the non-stick surface.

Because some metals chemically react at high temperatures and others do not conduct heat efficiently, not all metals are oven safe. Cast iron and various stainless steel and cast iron gauges are the best metals for the stove because they don’t change the dish’s flavor.

Aluminum is a suitable metal since it is lightweight and has solid thermal conductivity. In comparison to other metals, it is also corrosion-resistant. To boost its strength, raw aluminum is frequently mixed with other metals.

What Happens If You Put Cardboard in The Oven?

To be on the safe side, avoid putting cardboard in the oven. The igniting point of cardboard is 427°F. In theory, if the cardboard remains below this temperature, it will not ignite. However, depending on the type of oven you have, it is still possible to catch fire.

Since you won’t have minute control of the temperature inside the oven and there’s either fire or heated elements inside the oven, the risk of just burning the container and its contents is too high.

The risk of an outright burn trumps any convenience you might have from using your oven to reheat food. As mentioned elsewhere in this article, you can permanently remove the carboard takeaway container and put the food on a tray or some other oven-safe container (like a Dutch oven), so there would be no risk of burning anything. You can even put a cast iron pan inside the range.

Can You Heat Takeaway Containers?

You can only heat takeaway containers if they are marked safe for microwave use. If not, or you are unsure, the next best step is to transfer the food to microwaveable containers at home. Some rare food packages can withstand the extreme heat of ovens, but the general practice is to avoid putting plastic containers in the oven.

However, if you see specific guidelines for the oven, you won’t have to worry about the plastic melting if you follow the instructions on the box of a frozen dish that can be cooked in a standard oven.

If you’ve ever put plastic in the lower rack of any dishwasher, you’ve probably seen the warping and bending. The intense heat can destroy the container when the plastic is near the heating element. Melting can occur when heat is applied continuously, as in an oven. You’ll have a mess on your hands if you put your plastic container in the oven and it melts. You’ll have to let the plastic cool before scraping it off one piece at a time.

Unless your oven temperature surpasses 400° F (204° C), the CPET containers in full frozen meals will stay solid. Then it will begin to melt as well. This is because BPAs, or Bisphenol A, a chemical related to cancer, are not found in most plastic containers made of polypropylene. Inhaling the gases from melting containers, on the other hand, may irritate the respiratory system, resulting in coughing and asthma-like symptoms.

Why Are Ovens Blue Inside

Oven Preheat Vs. Bake: Are They Same