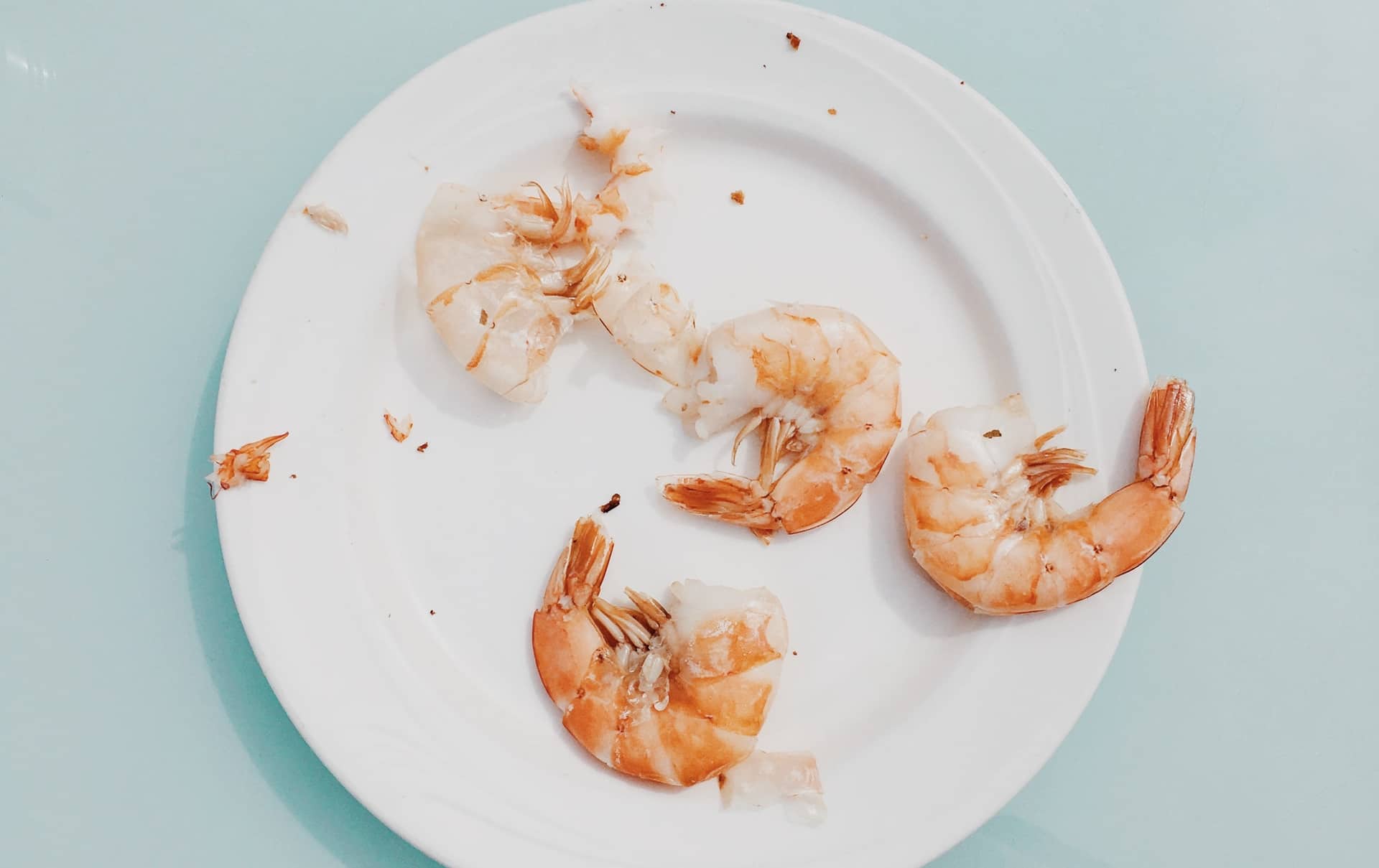 If it’s your first time to clean shrimp, you’re probably wondering how to devein shrimp with shell on, or do restaurants devein shrimp at all? Well, in today’s blog, we’re going to teach you the easiest way to devein shrimp as well as the reasons why it’s done around the world.

What happens if you don’t devein shrimp?

Shrimps are crustaceans and are considered one of the most versatile ingredients you can work with in the kitchen. When you buy shrimp, sometimes you will see a dark “vein” running down its back from the head.

This tube isn’t a vein – it’s the digestive tract of the crustacean. The dark color means that it’s filled with grit – stuff that the shrimp had eaten before it was caught or harvested from a shrimp farm. Sometimes the digestive tract is mostly clear, so barely even notice it. So what is the best way to go about this? Should you remove it or not?

Is the vein in shrimp poop?

Before we answer the previous questions, it would be a good idea to clarify this once and for all. The answer is yes, the digestive tract of the shrimp or its vein may contain shrimp waste, as well as partially digested food. Since the word “vein” is simply a euphemism, let’s just keep this mind when we are preparing shrimp.

Can you eat shrimp that hasn’t been deveined?

If you are planning to eat your shrimp raw, like in a shrimp cocktail, you must remove the vein because any bacteria lurking in the vein may be passed on to you and cause harm. However, if you are cooking the shrimp (say, you are going stew, sauté, grill, or steam the shrimp), then you can eat everything, veins, and all because the heat is sufficient to kill bacteria in the vein. You’re safe with non-deveined shrimp that’s been cooked. If you are consuming raw shrimp, you will have to wash everything and devein it to consume the shrimp safely. Also, you can’t expose the raw shrimp to room temperature for a long time as toxins build up in shellfish and crustaceans quickly after they expire.

Going back to our earlier discussion, the decision to retain the shrimp’s vein is completely up to you. In countries like Japan, restaurants serve shrimp with the vein still on. The same applies to countries in Southeast Asia like the Philippines, where the vein isn’t considered a negative thing at all. However, if you feel like the vein is unappealing because of what it is, then there’s no sense in forcing yourself to eat the shrimp with the veins on – remove them and start cooking!

Not deveining shrimp may also have a slight effect on the flavor of the crustacean. Since some waste and grit are left behind, the flavor may become slightly grittier, but if you’re dipping the shrimp or if you are seasoning it (as in a Cajun dish), then the grit shouldn’t be a problem. We know it’s a little more difficult to devein smaller shrimp, so it’s up to you if you want to perform the extra step on your shrimp during preparation.

What about the shells?

In many cases, it’s fine to just leave the shells on the shrimp before cooking. It can be fun to peel the shells off at dinner, the same way that we groove with removing the shell of crabs. It’s just part of the experience of eating these kinds of food. Also, leaving the shells on help protect the tender flesh of the shrimp. You mustn’t overcook the shrimp because they’re going to hard and rubbery when they are overcooked.

How to devein the shrimp?

Deveining large shrimp is easiest. All you need is a large paring knife; make lengthwise cuts across the back of the shrimp, until the vein is revealed. Using a deveining tool or any similar tool with a sharp tip, remove the vein and proceed to cook the shrimp as per usual. It’s different for small and medium-sized shrimps – the work of deveining the shrimps is much harder, so many kitchens and restaurants no longer bother removing the veins.

If you feel that the work is too much yourself, what you can do is buy frozen, deveined shrimp so you can just cook any batch of shrimp at will without worrying about the natural grit present in the shrimp’s digestive system. After preparing shrimp, don’t forget to wash your hands as there are naturally occurring bacteria even on the shells of shrimp, and you wouldn’t want to spread that around while preparing other things for the current meal. Stay safe in the kitchen!

If you aren’t used to buying shrimp, make sure that the shrimp you are purchasing has been refrigerated or frozen, is not past its expiration date, and looks fresh. You can also smell the shrimp to make sure that it doesn’t have any sharp odors (like what we mentioned earlier – ammonia-like smells are a huge no-no, and you should never buy such shrimp).

The best, fresh shrimp have a slightly pearly look to them. They are opaque, and the flesh is firm, in addition to smelling fresh off the sea. After deveining the shrimp, you can also try rubbing potato starch all over them. Often, just rinsing the deveined shrimp under cold, running water is not enough to remove the grit and some odors that some people might not like. The potato starch acts as an absorbent material that not only removes smells; it also takes away liquids and solids from the vein area of the shrimp, and from the shell itself. As a result, you get clean, fresh-smelling shrimp that is truly ready for cooking. You will see how dirty the starch will get when you give the shrimp a final rinse, and you’ll be thankful you know how to deep-clean shrimp with potato starch.

How To Clean Copper Mugs?

Why Does Baking Sheet/Pan Warp in Oven?