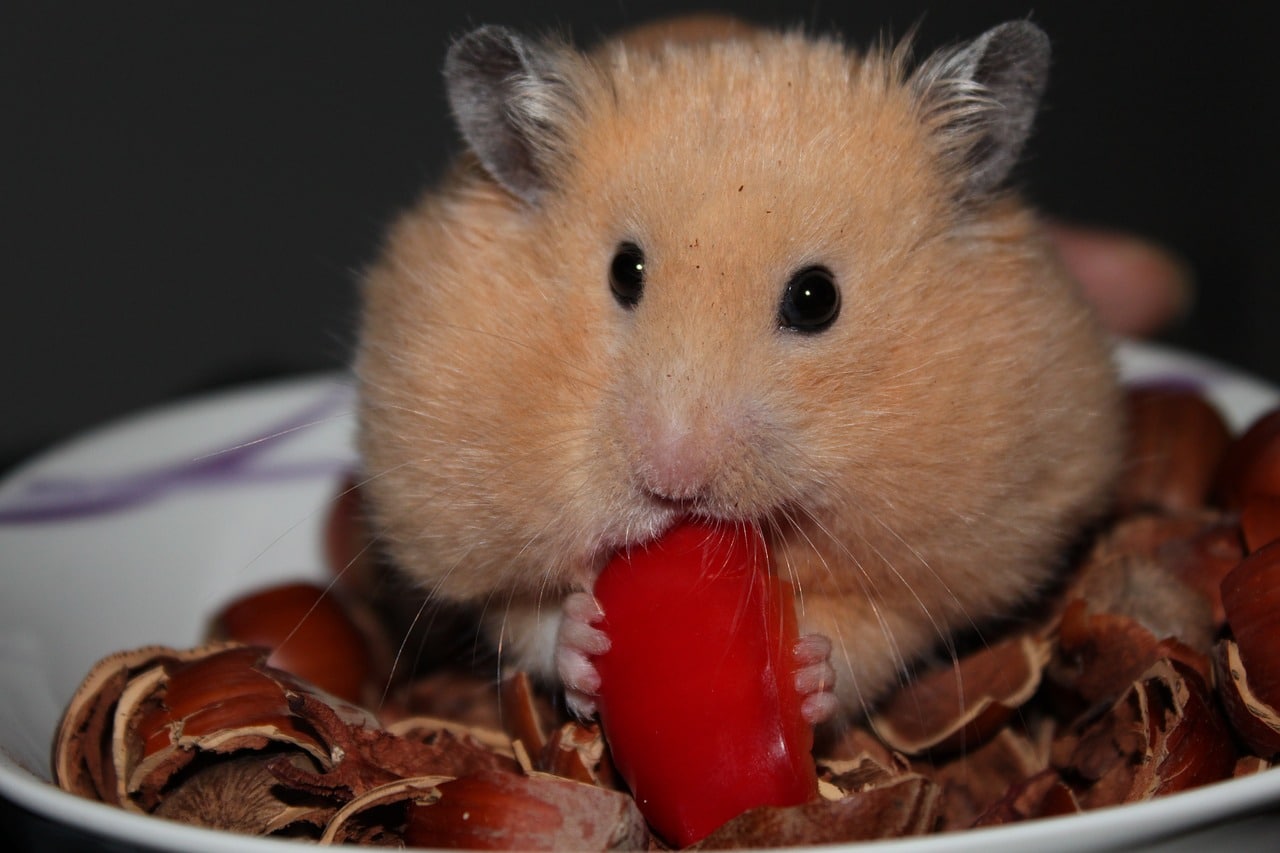 Can I Feed My Hamster Yogurt Drops?

You technically can feed your hamster a lot of things – including yogurt drops. However, if you are going to ask if the yogurt drops will be good for your hamster/s, then the answer is no, it isn’t. While hamsters do belong to the order Rodentia, they have a very specific diet that is nowhere near commercial dairy products in the wild. We still have to abide by what we know is the basic, wild hamster diet.

The ideal diet for hamsters is most nuts, cracked corn, grains, and some vegetables. In the wild, rodents also routinely eat lizards, insects, and even smaller rodents.

People are often shocked to learn that hamsters eat grubs and other animal and insect proteins. What’s so shocking about this when rats eat just about anything? Hamsters and rats belong to the same order.

This might come as an even bigger surprise – if hamsters can technically eat anything, should we restrict them from eating yogurt drops?

The answer is still yes, you should. Because hamsters might be able to consume everything (including drywall), but that doesn’t mean it’s healthy for them. Another point of contention here is the compounds found in commercial yogurt drops sold in pet stores. Any pet food meant to be displayed for a long time (months or years even) must be chemically stabilized not to spoil.

The amount of artificial preservatives added to these treats is worrying, so instead of experimenting with your hamsters, we highly recommend that you stick to the tried and tested diet of hamsters, as they won’t ask you for expensive treats anyway.

There is no reason to veer away from the regular diet of hamsters when they thrive in the diet. The same goes for other pets like fish and reptiles – experimenting with food just because you want to know if they’d appreciate other items is a big no-no.

You never know when hamsters are going to react negatively to the new food. And when they do, do you have what it takes to save them and have them looked at immediately when they have blockages or absorptive issues?

Rodents can suffer from a variety of disorders when they are fed the wrong things. For example, giving rodents too much fat can give them diabetes and heart disease. Liver and kidney problems can also arise when there is an imbalance in the diet.

Since hamsters are much smaller than humans, they don’t need to eat large quantities of the wrong food to become sick. Sometimes it just takes a few feedings before the negative effects of the bad meals come into play.

One of the biggest risks is hamsters falling ill because their digestive tracts are no longer functioning well due to a blockage or even an infection. A hamster with a weakened immune system can suffer from this type of infection.

Are Yogurt Drops Bad for Rabbits?

The Best Way to Keep Avocado Fresh After Cutting