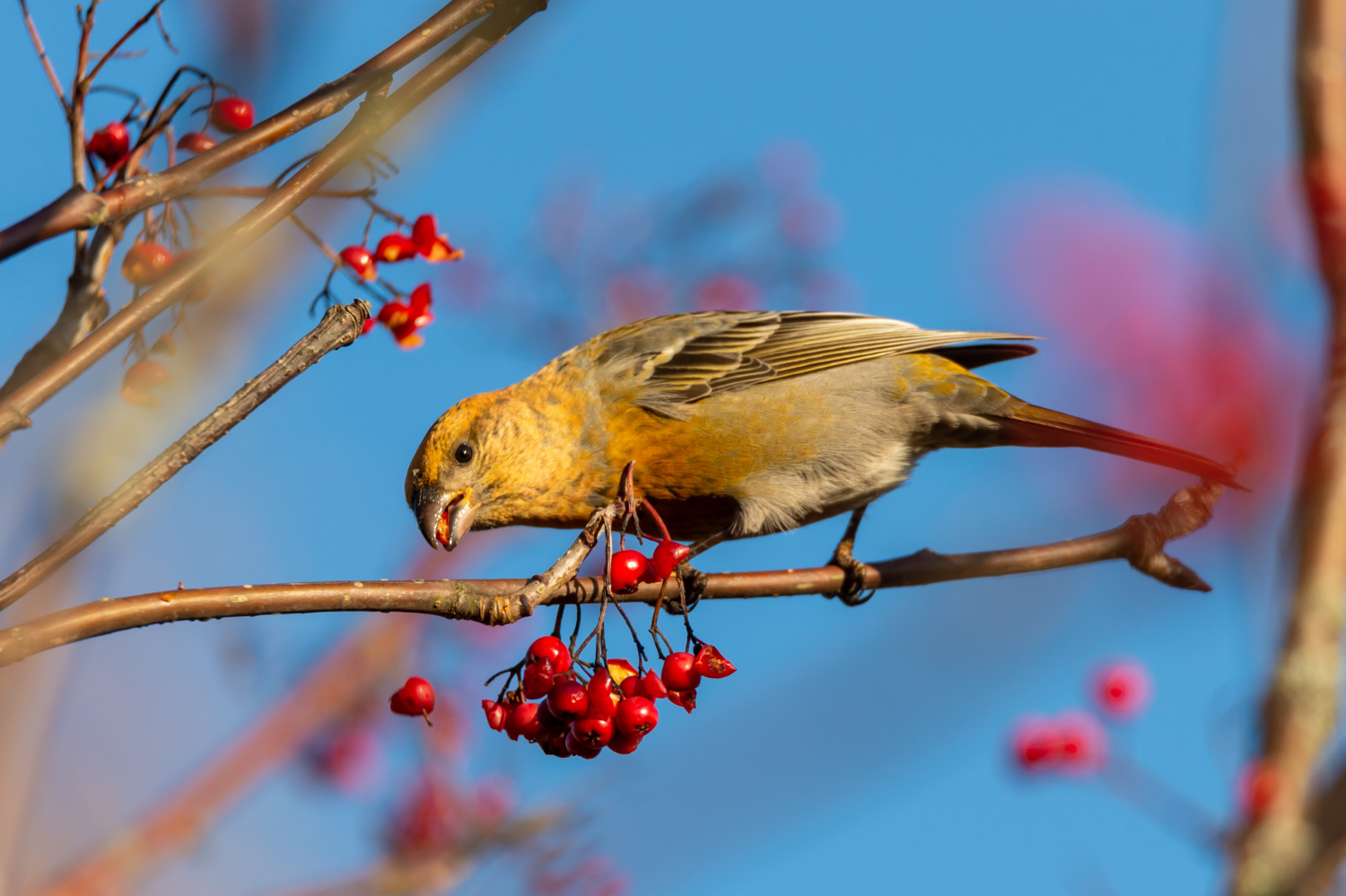 Berries are an ingenious way for some plants to attract birds and other animals to their seeds to be dispersed. Red and black are the most common berry colors. Birds will be able to find the berries more quickly due to the berry’s enticing color. The fact that many young fruit trees sprout up near a fence or a post where a bird might perch is no coincidence.

Like deer and other wild animals, birds consume small amounts of a wide range of foods, including various poisonous plants. However, there appear to be thresholds for the toxicity of multiple plants, and if birds consume less than that threshold, they are safe.

So the next time you’re tempted to eat some wild berries, don’t base your decision on whether or not the animals around you found any. Birds frequently consume poisonous berries.

Is It Safe to Eat Berries That Birds Eat?

Birds naturally possess a high toxic tolerance. Even poison ivy berries, which humans should avoid, are digestible by birds. Yet, chemical compounds found in berries have an even more significant effect on dogs and cats than on humans, so the types of berries they can eat are much more limited than for humans.

Birds and berries have a symbiotic relationship that is essential to both of their survival. There are few insects to hunt for, and the ground is too frozen for many birds to find food in the winter, so they turn to berries.

Squirrels, mice, badgers, hedgehogs, and even foxes will happily eat the berries and fruits that berry plants produce. Moreover, leaving fruit where it falls in late summer or early autumn will attract a slew of butterflies attracted to its syrupy sweetness.

A dangerous plant can kill you if exposed to it for an extended period. Young children are notorious for ingesting hazardous plants. Even adults have been known to eat harmful plants they mistakenly believe are safe. A small amount of most plants won’t hurt you, but some can be lethal with just one bite.

Most cases of plant poisoning are minor and only necessitate a few hours of close monitoring. Offer milk or water if the plant substance is irritating or burning the person while they are awake.

First aid for plant poisoning includes inspecting the person’s airways, breathing, and circulation if the toxin is life-threatening. The most important things to do are to keep breathing and keep your heart rate stable.

Do Birds Know Not to Eat Poisonous Berries?

Birds find food mainly through sight, and they do not instinctually know what foods are poisonous or not. Therefore, a bird can become poisoned by something unfamiliar.

Most of a bird’s waking hours are spent in search of food. They need to eat frequently because of their fast metabolism. With time and practice, they learn to recognize food left out on porches and rooftops, as well as in bird feeders.

While some bird species have a keen sense of smell, many birds rely solely on vision to navigate their environment and survive. They perch in trees or soar through the air in search of food. If they see a change in the light or a movement, they’ll come scurrying in.

Birds use various techniques to determine if an object is considered edible. Although bright colors may initially draw them in, they quickly discern whether an object is intended for consumption. Birds have a keen memory for where the best resources are located.

Wild birds feed in flocks of hundreds or even thousands in the wild due to their social nature as social eaters. So when they’re feasting on bushes or grasses, flock birds stay together and keep tabs on where the other birds go. Because birds don’t congregate around objects, moving objects will not draw their attention. Instead, they discover feeders by keeping an eye out for movement.

Ground-feeding birds can tell by the height and color of the stalks which ones bear the seeds they prefer. Birds, like humans, congregate in the kitchen when food is near. Pet birds in cages prefer certain fresh foods. Wild birds have a memory for places where there are bird feeders with plenty of food.

What Berries Are Poisonous to Birds?

Parrot and other pet bird owners must exercise caution regarding the plants they allow in their homes, as many common houseplants are highly toxic to birds. Toxicity is primarily determined by plant type, bird size, and the amount of food consumed by the bird. Poisoning in birds often begins with gastrointestinal upset, and it can quickly become fatal.

If you have any reason to believe your pet is ill, don’t hesitate to contact your veterinarian right away. Always consult your veterinarian with any health-related questions, as they have examined your pet, are familiar with their medical history, and can make the best recommendations for your pet’s needs.

Noodle Vs. Ramen: What’s the Difference?

What is Hot Dog Soup?