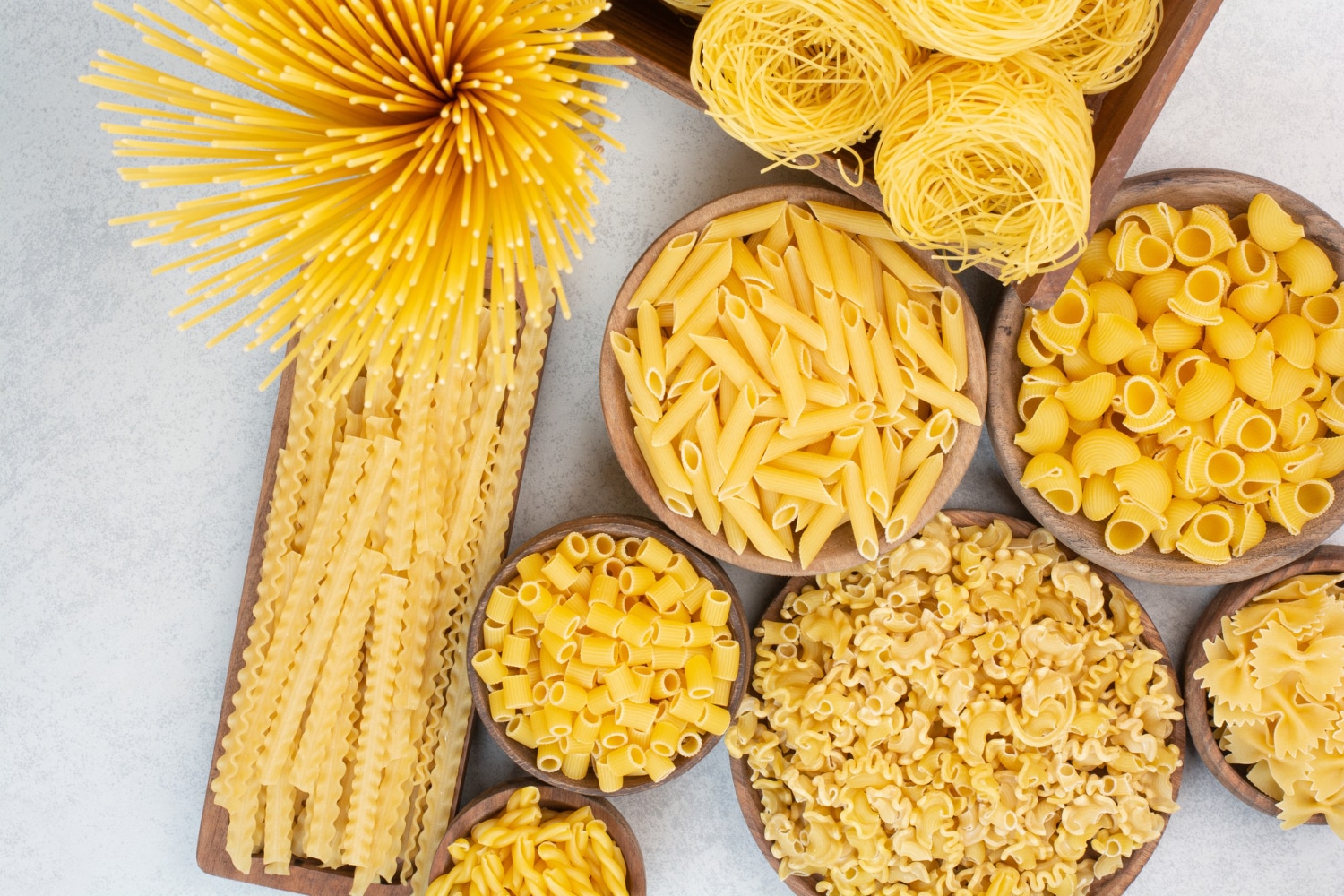 Pasta and spaghetti might sound similar to those who have minimal knowledge about these products. While these two can be considered as a leading source of carbohydrates, they still possess differences in color, texture, and taste. This is because pasta and spaghetti are produced differently and uses different ingredients and techniques.

Primarily, pasta and spaghetti dough are made with two primary ingredients: flour and water. In pasta, it is typically made with durum wheat flour, water, and sometimes eggs. Pasta dough is then rolled and formed into sheets or other shapes. As a staple Italian cuisine, pasta is commonly prepared fresh and by hand.

However, with the rise of instant meals, kinds of pasta are now available in dried variants. This makes pasta available to a broader audience—with different shapes and variants. Spaghetti, a variant of pasta, is known for its long, cylindrical shape. Other variants like spaghettini, spaghettoni, and spaghetti alla chitarra follow the said variant’s original shape.

Is Spaghetti Noodles or Pasta?

To define whether spaghetti is a form of noodle or pasta, one must define these two differences. Typically, these two variants are mistakenly considered as a single variant. In reality, noodles and pasta belong to two different categories of food.

What is a noodle?

A noodle is a type of pasta made from unleavened dough that is cut, stretched, or extruded into long strips or strings. Like pasta, a noodle can be cooked fresh or fried, or dried for future use. Noodles are a staple food found in several Asian countries like China, Japan, Korea, Vietnam, and the Philippines.

Unlike pasta, noodles can be made with several primary ingredients like wheat, rice, buckwheat, egg, acorn, corn, potato, etc. The change of primary components creates a wide array of variants and flavors to your noodle.

Noodles are available in two shapes only: the cylindrical variant and the strip variant. Strip variant is commonly used in stir-fried noodles and some cold noodles. Cylindrical noodles, on the other hand, can be used on soup-based noodles. What makes the noodle different is its comprehensive starch source, unlike pasta which uses a single flour variant.

Like noodles, pasta is made with unraised dough mixed with water and eggs. What makes pasta different from noodles is its wide array of shapes and sizes. There are about 100 variants categorized into the following: long pasta, short pasta, minute pasta, egg pasta, fresh pasta, and baked pasta.

Since pasta has been introduced internationally, this became a staple as a restaurant and home dish. Different areas have produced different variants and methods of preparing and cooking pasta. The known process, called one-pot pasta, involves creating the pasta sauce and pasta noodle into a single pot.

Is spaghetti a noodle or pasta?

With these considered, we can infer that spaghetti is a form of pasta. Spaghetti is a well-known long pasta (together with linguine and capellini). Spaghetti is known for its cylindrical shape—which provides better coating and sauce distribution, unlike other pasta shapes. Spaghetti is served best with Bolognese (a tomato-based sauce) or with the lemon-butter mixture.

Is Heavy Cream Same as Whipping Cream: What’s The Difference...